'Discovery' introduces - and then kills off - one of its most compelling characters, all in one episode.

As we've been harping on about for nine weeks now, the thing that's made the new season of 'Star Trek: Discovery' so enjoyable is how it's really returned to the episodic format, rather than trying to leave just about every episode on a cliffhanger.

Each of the episodes have been self-contained, as much as they can, and it's really been to the benefit of the new season. There's been the 'planet-of-the-week' episode, the 'anomaly-of-the-week' episode, there's even been a so-so filler episode, but 'Project Daedalus' is one episode that can't be readily framed into any one of these tropes, but it's quintessentially Trek.

Pretty much since Tyler (Shazad Latif) and Pike (Anson Mount) encountered that future probe that was carrying a virus AI that infected Airiam (Hannah Cheesman), it's been expected that an episode would dive into that and give an explanation. Last week's episode set this up, and this week's episode paid it off in dividends. There really is some intriguing character work and development going on in this episode, but it's kind of annoying how Airiam is introduced in a really rich, intriguing way - only for her to be killed off as soon as the audience has gotten to know her.

'Star Trek: Discovery' has been removed from Netflix in Europe for good

On Demand News 10 months ago

On Demand News 5 years ago

Bryan Fuller steps down as showrunner for Star Trek Discovery

Star Trek: Discovery to have a female lead, a gay character and set years before the original series

Maybe that's the point; that we're introduced to this likeable character, she gives a fantastic performance, and then is cruelly cut down to give emotional context to what happens next. Of course, given how this season has already seen characters come back from the dead, there's every likelihood that Airiam will return in the third season.

More interesting, as well, has been how the shift from Section 31 to being general space goths and Starfleet's version of a spy agency into something much more sinister became explicit in this episode. Long-time fans of 'Star Trek' will have seen it coming, and most likely found the general revisionism with them to be a little hinky. Well, 'Project Daedalus' has not only made it clear, but also drawn on a fear that's percolating through our society at the minute - artificial intelligence. 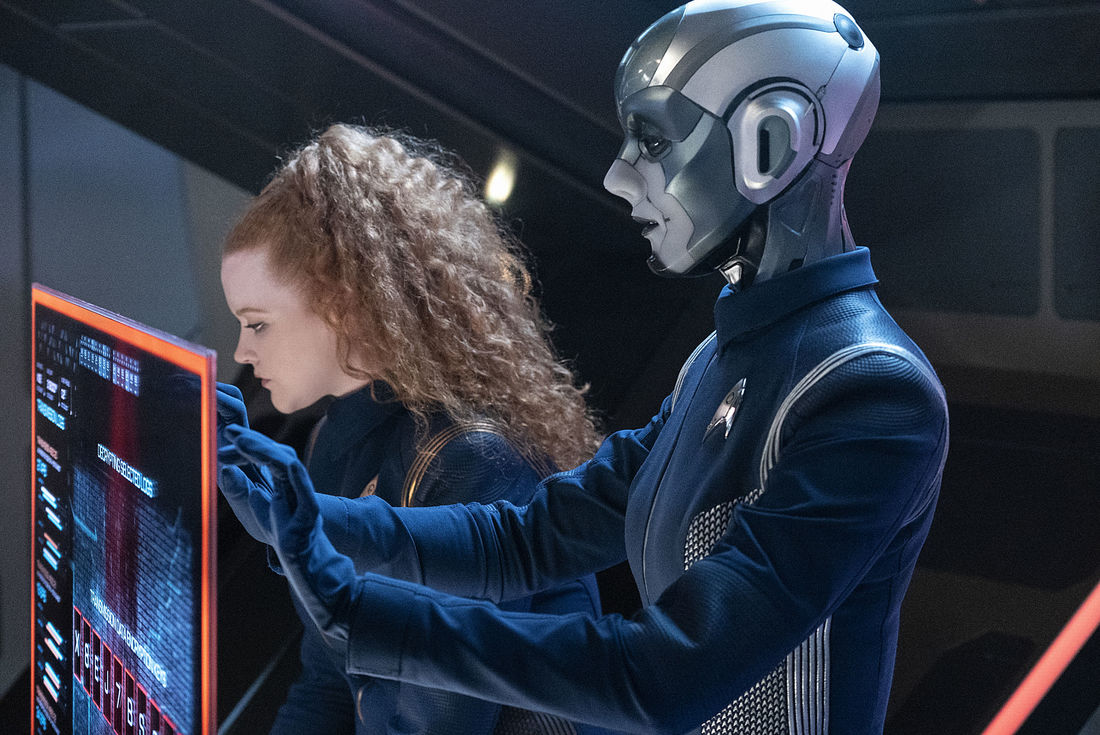 AI has always been a reliable villain in sci-fi, because it automatically means any enemy can take it on and there's no fear of a human cost, or questions of politics, class or gender. It's outside of all of those things, so it means anyone can fight it and come off looking like a hero. That Section 31 was using an artificial intelligence to plan all its moves, and for that artificial intelligence to turn on them and the Starfleet admirals who were supposed to be in charge of them, shouldn't be that surprising. You just almost wished there was something a bit more original about it, because you're just immediately going to think 'Skynet' or some other all-knowing, all-seeing AI.

At any rate, the overall story arc has now really snapped into focus, and it's really enjoyable to see it connect in a way that last season didn't.