The second season lands on Netflix on February 13th.

When 'Narcos' killed off Pablo Escobar, there were more than a few people who thought the show should have parked itself there and gone no further.

Of course, the recurring theme in any crime movie or TV series is that nobody knows when to walk away. Think of 'Breaking Bad', 'The Sopranos', 'Chinatown' or any you can think of and you get the same question again - how much is enough? What 'Narcos: Mexico' explores isn't just that question, but what are people prepared to do get it? The first season of 'Narcos: Mexico' explored how Diego Luna's character, Felix Gallardo, lost his way when his ambition drove him to destroy his friends, his partners - but all for what he thought was the right thing to do. It's well-trodden stuff, but done in such a way that it felt unique.

In the second season, we see Gallardo dealing with the repercussions and still trying to keep his hand on the wheel as it begins to go further and further off track. The last episode saw the utter horrors of what he was prepared to do, and introduced Scoot McNairy's single-minded DEA agent. The opening episodes draws us in by showing just how ruthless and brutal the DEA are prepared to be, and how there's precious little they're not willing to do. Beating suspects to a bloody pulp, allowing innocent civilians to be executed, whatever it takes - all to get their hands on Gallardo's plazas and Gallardo himself. 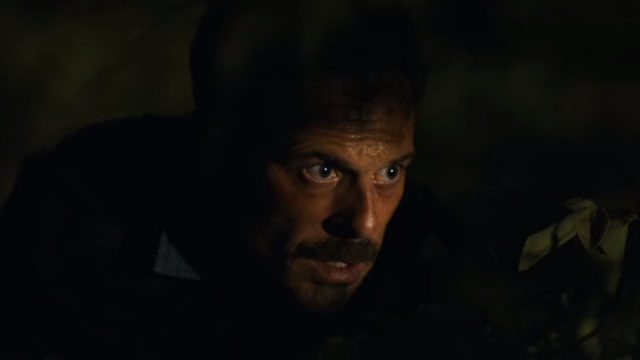 Scoot McNairy's performance as DEA agent Walt Breslin so often eclipses Diego Luna's quieted, constantly harangued portrayal, but it's the best thing about it. Indeed, when the two finally meet in the final episode, it's an explosive moment that's been steadily building throughout the ten episodes. Luna's performance is distinct from the kind of savage magnetism that Wagner Moura had as Pablo Escobar, but it's just as effective. Where Escobar was wild-eyed and vicious, Luna is cold and calculating. The contrast also plays out in how the two deal with politics in their respective countries.

Where Escobar wanted to insert himself directly into the sphere of the political establishment, the second season of 'Narcos: Mexico' delves into how Gallardo was concerned with using it as a shield and as a means of respectability. An entire episode explores how the 1988 Mexican general election was directly influenced and corrupted by drug traffickers, and why that was that the case. So much of 'Narcos: Mexico' is built on the brazen violence of it all, but it's the blatant corruption that's just as grimly compelling.

Where the first season touched on this, what the second season does is show how it all ultimately weaves itself into something much bigger. Ultimately, what we see is a nation that is prepared to destroy itself at the altar of neo-liberalism and free trade in order to be taken seriously, and Felix Gallardo is no different. There are moments in the second season of 'Narcos: Mexico' where it lays it on pretty thick.

Some scenes of gangland violence are juxtaposed with classical opera music, and like the first season, it borrows heavily from Francis Ford Coppola's 'The Godfather' in its aesthetics and grand scale. Yet, for all of that, it never skimps on character development and never feels like it's spinning the wheels. At ten episodes, 'Narcos: Mexico' charts the path with a sure hand and clarity of vision so that when it arrives in the final scene, you can just guess what's coming next - more bloodshed, more war, more everything.