It'll Locke you in in no time

After their father is murdered, the Locke family move to their ancestral house in Massachusetts. Now widowed, Nina (Darby Stanchfield) works hard to fix up the place so the family can settle in. Her teenage son and daughter Tyler (Connor Jessup) and Kinsey (Emilia Jones) have high school pains to worry about. As for the youngest son, Bode (Jackson Robert Scott), he's discovering there is more to this house than meets the eye. There are keys with magical powers distributed throughout it; and a demon (Laysla De Oliveira) living in their well wants to get her hands on them.

'Locke & Key' feels like a cross between something like 'The Chronicles of Narnia' (which they mention at least twice) or 'Harry Potter' and 'Riverdale.' And that's not necessarily a bad thing since you get your trashy teenage melodrama and exciting fantasy all in one series. The opening scene portrays a man putting a key in his heart then bursting into flames, along with his house. So early on, you know you're in for something trippy. By the end of the first episode, you're most definitely invested. 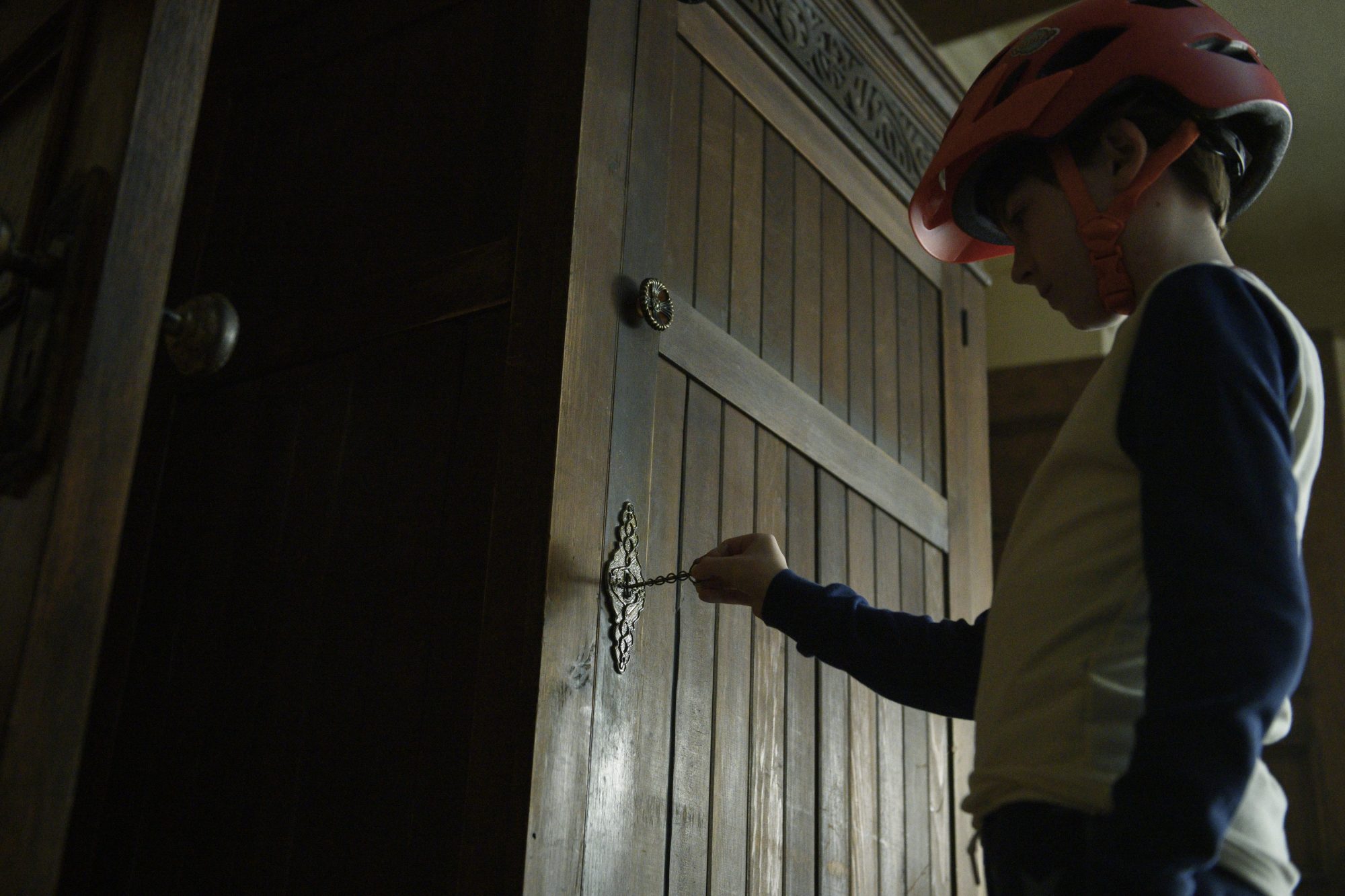 Another comparison the latest effort from Netflix that draws to mind is 'The Haunting of Hill House'. If there were a 12A version of it. The CGI quality can be questionable but that ends up being part of its gimmicky charm. One wonders if part of the reason for it looking a bit fake and cheap is so as not to scare away younger viewers.

The 'Riverdale' comparisons emerge from not just the teeny bop orientation around the characters but also the lacklustre acting standard. Violence and death strike suddenly while people from the past turn up to cause trouble. 'Locke & Key', in its defense, is at least more focused than 'Riverdale', though one cringes at such dialogue as "with everything he/she/you/they have been through" appearing over and over. 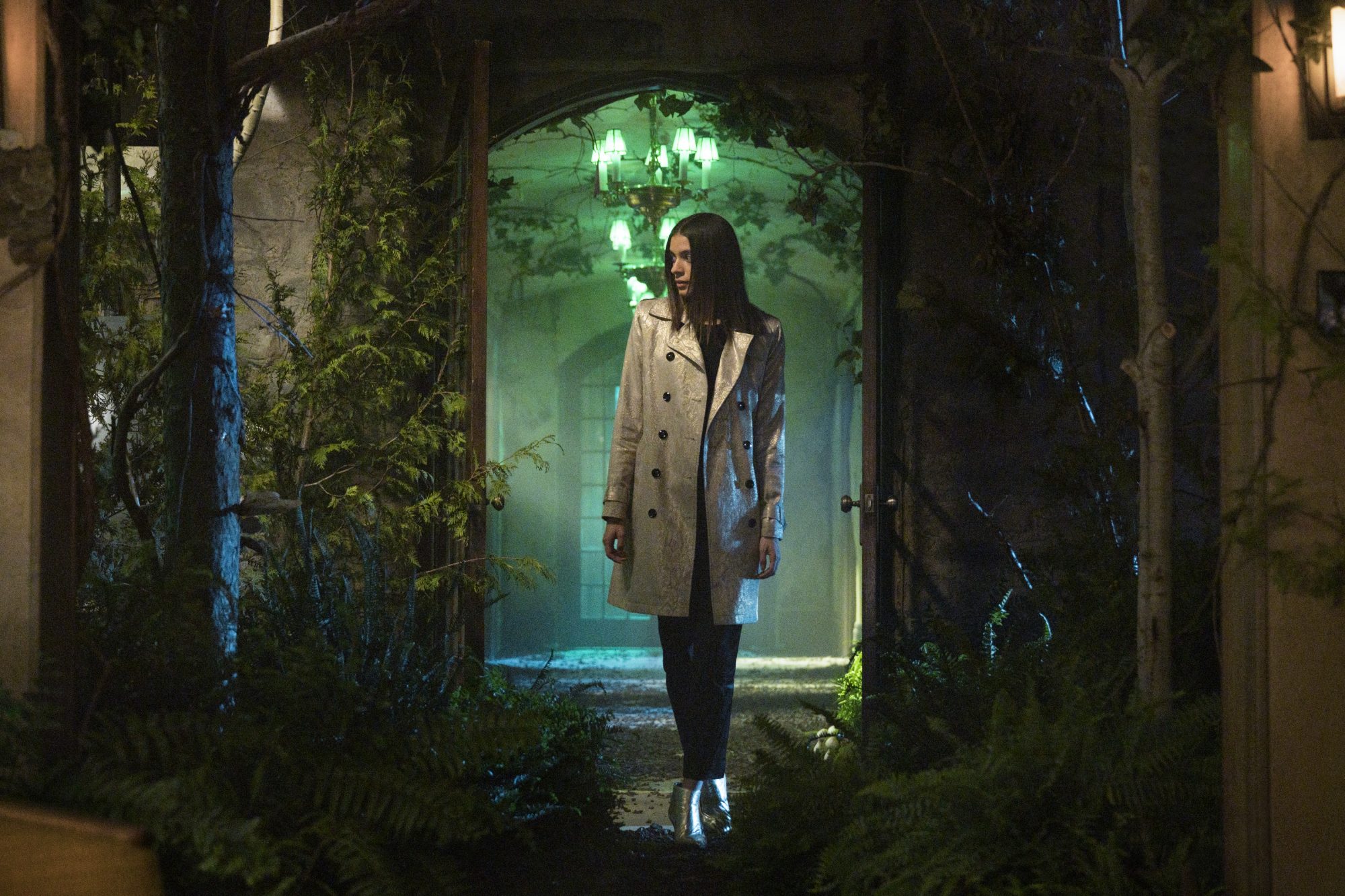 There is a strained relationship between Tyler and Kinsey as Tyler is more concerned with gaining status and a girlfriend at school than taking care of his siblings. Kinsey too focuses on making friends of her own, and gets caught up in a romantic tangle eventually. Both teenagers tend to neglect Bode, only really gaining interest in him once they learn about the keys. Nina's also making friends in the town and has alcoholic tendencies that are touched on then brushed away. Thus in terms of character development, there's not a lot going on. Yet you're drawn into the mystery and the kids grow on you. All three siblings become key (see what I did there?) to enjoying the show, spoiled and self-centred though they can be.

Really one's best approach to the series is as a silly, escapist, fantastical adventure like 'The Goonies' or 'Monster House'. It's childish - although the last two episodes, it has to be said, have a few big scares - but a lot of fun. There's an addictive quality to it and you'll binge through its 10 episodes in no time. Maybe there'll even be a second season.