Jordan Peele and J.J. Abrams join forces to rid us of evil

'Lovecraft Country' drops us into the Jim Crow America of the 1950s, which sees our main characters dealing with racism from white people at every possible moment. But, what starts off as an inciteful race-based drama turns into something much more. Featuring elements of sci-fi, horror, and mystery, 'Lovecraft Country' is anything but what you were expecting.

H.P. Lovecraft was an influential writer of American fiction, known for weird and wonderful tales - but also for being extremely racist and homophobic. It's his work that serves as the kickstarter of the plotline here, with the characters referencing his work right from the off. Based on Matt Ruff's novel of the same name, the series delves deep into what it felt like to be black during this time period, but also adds in that extra element of horror that you weren't expecting - maybe those Jim Crow laws aren't all that the characters have to worry about.

The presence of executive producers Jordan Peele and J.J. Abrams is felt throughout, with Peele's wisecracking comedic timing and moments of sheer terror mixing with Abrams' sci-fi elements to create what we see play out before us. Misha Green also co-created the series with Peele, a writer to watch out for in the future (she's currently working on a 'Cleopatra Jones' remake). 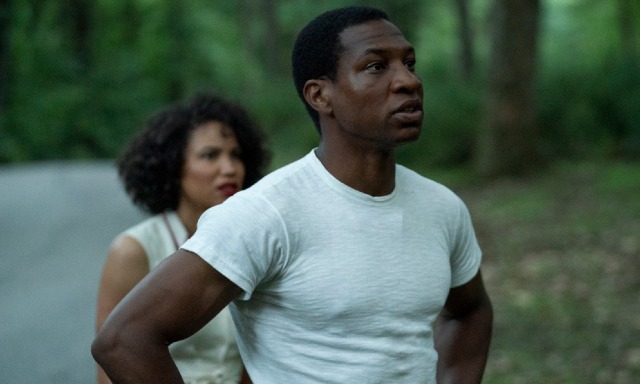 Now, this is a review, and this writer will be honest and say that he desperately tried to like the series, but in the end, felt like the whole thing was a bit of a hot mess. To use a car analogy, each episode felt like a different shift in the gear - starting us off in first, then swiftly jumping to fourth, up to sixth, then dropping back down to second - it was hard to keep up. Certain episodes were a joy to watch, while others had us losing interest. Big time.

The storyline was also a tad confusing in parts, with talks of spells, magicians, ghosts and white supremacist ancient orders all rolling out in one conversation at times. The feeling of too many tropes being crammed into the one series was an overbearing presence, which can leave one feeling overwhelmed and ultimately uninterested.

However, that's not to say that there aren't moments of bliss unfolding on screen. Tuning into the beginning of the first episode, who was to know what would happen at the climax one hour and ten minutes later? Episodes are shrouded in mystery as different cogs come into play, and it does make you want to see what happens next, for the most part.

When 'Lovecraft Country' really begins to hit its stride, however, is when the race card is played. Seeing these powerful black characters stick it to the white, racist characters in 1950's America is something else. Seeing what people of different skin colour had to go through back then through these fictitious moments is harrowing, yet it leads to the most stand-out moments of the series.

The acting is also very well-executed, and Jurnee Smollett as photographer Letitia is one firecracker who deserves her own spin-off series. Jonathan Majors plays Atticus, a huge fan of science fiction and of H.P. Lovecraft - he also happens to be a Korean War veteran. These two actors have been known to light up the screen at any given point in the plot, yet sadly end up being the only two characters you really care about.

Blending elements of sci-fi and magic with these real-worldly happenings of racist America hasn't been seen before ('Watchmen' started the trend, admittedly), yet it can't be denied that it is a bold and refreshing take to see play out. But these extra "magical" elements, which feel a bit hammy and nearly like a confusing adult 'Harry Potter' plotline, is where the series loses us. There's enough Jim Crow-law horror being thrown around to already be chilling enough without these silly bits and bobs.

As the series is based on the Matt Ruff novel, we can't blame the show's creators for what they've managed to produce. Some viewers will probably love these many blends of different genres, but we feel that in this case, less would have been more.