You can watch the first episode for from on Prime Video

'The Wilds' is Amazon Prime's newest survival drama coming at you this December. The series begins with a group of teenagers who believe themselves to be on their way to an all-female retreat in Hawaii, named 'The Dawn of Eve'. However, their private jet doesn't make it all of the way to its destination, unfortunately, and the youngsters wind up fending for their lives on what appears to be a deserted island (which remains greyer than an Irish summer's day, FYI). Throughout the course of the series, each of the survivors is given an episode dedicated to themselves, complete with a backstory, and the unravelling of how these young women ended up on this island slowly becomes clear.

Implementing flash-forward and flashback techniques which are heavily influenced by another crash landing/survival drama ('LOST' of course), we learn of each teen's struggle in the world before the mother of all struggles sees them stranded with strangers in the middle of the ocean. 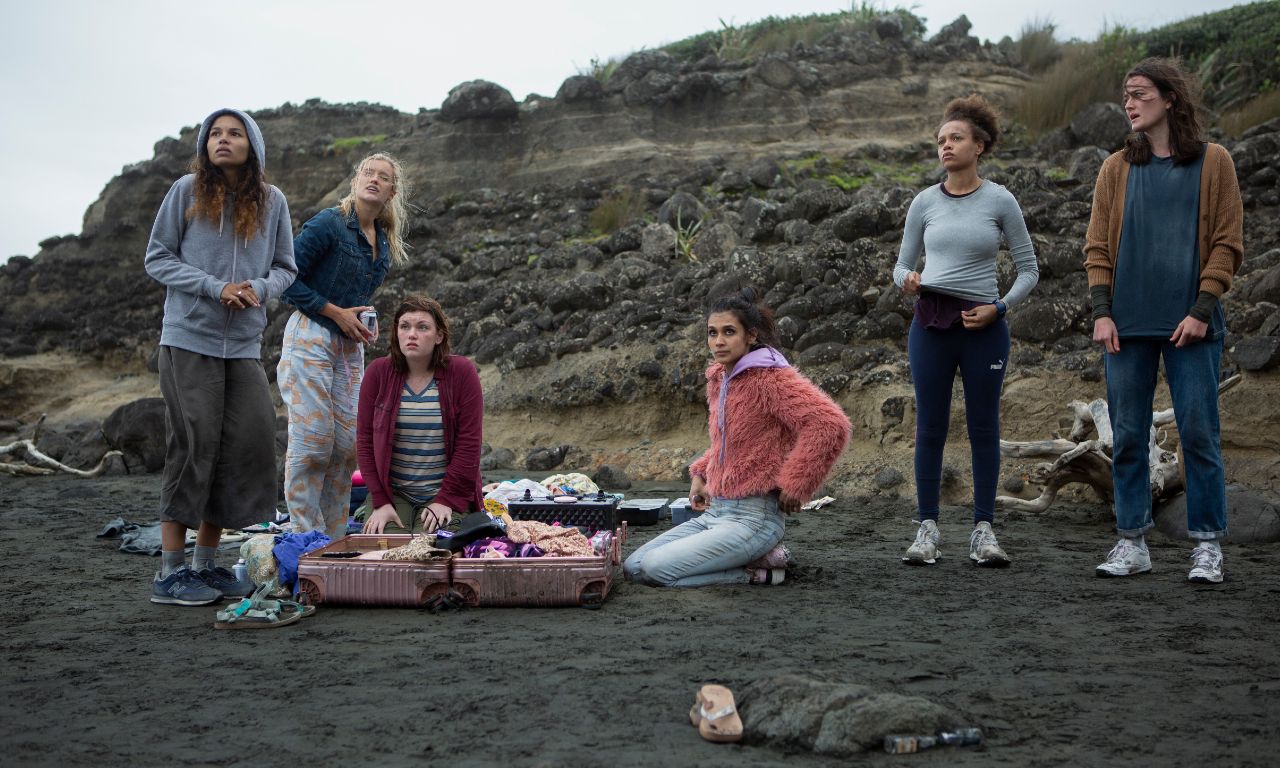 It goes without saying, these high school students each have their own baggage, most of the stories making for an intriguing snapshot of the real struggles we all have in life. From living under a strict religious background, pushy parents, having to deal with teenage crushes, coming to terms with their sexuality, and always having to be on one's a-game - each of the teenagers goes through a daily struggle. But what happens when all of that falls apart, and they're left fending for themselves on a remote island? They soon realise that the real hell is their everyday lives of living as teenage girls in the USA.

The young castmates, Sophia Ali ('Grey's Anatomy'), Shannon Berry ('Offspring'), Reign Edwards ('MacGyver'), Helena Howard ('Don't Look Deeper'), Erana James ('Playing For Keeps'), and newcomers Mia Healey, Sarah Pidgeon, and Jenna Clause should all be praised for their roles in the series. The teenagers' struggle to adapt resonates from the screen, and makes for a compelling watch. Rachel Griffiths ('Six Feet Under') also does a serious job of playing the role of the curious, uptight woman, Gretchen.

In summary, 'The Wilds' takes various elements of TV shows and movies that we all know and love ('LOST', 'The Society', 'Pretty Little Liars'), and mashes them all together to create something fresh here. While it might not be to everyone's liking, it certainly will keep you coming back for more if you're a sucker for a coming-of-age drama.

All 10 episodes of 'The Wilds' will land on Amazon Prime Friday, December 11. Should you not have an Amazon Prime account, you can test the waters of the series by watching the first episode on Prime Video with no account necessary, between December 11-25, 2020.

'The Pentaverate' is unbelievably bad