Xposé is axed after 12 years on air

End of the road for 'Xposé'

Virgin Media Television has announced that 'Xposé' will be no more. The entertainment show is set to finish up after 12 years with an hour-long episode on October 4th.

The news comes amid an announcement from Virgin Media Television that they are planning to add 300 hours of additional live Irish programming to the service. This will involve a lot of changes to the day time schedule, which will go live on October 7th.

Ireland AM will now air for an extra 30 minutes each day, broadcasting from 7am to 11am. Weekend AM will also be rebranded to Ireland AM on Saturdays and Sundays with a combined presentation team working across the seven-day breakfast service.

'Elaine', hosted by Elaine Crowley, will move from the afternoon to a new mid-morning slot of 11am to 12 noon, from VMTV’s newest studio, Studio 3.

After that, there will be a new one-hour news programme called 'Live at 12' which is set to bring viewers the latest breaking news and sport with live reports from around the country and discussion on the big stories of the day. It will be anchored by Colette Fitzpatrick from the Virgin Media News Hub.

Finally, 'The Six O’Clock Show' will now air five days a week and ITV’s 'This Morning' and 'Loose Women' will end their run on Virgin Media Television.

Speaking about today’s announcement, Pat Kiely, Managing Director, Virgin Media Television said, "Our investment in state-of-the-art studio facilities over the last three years means we can now step up and deliver more Irish content than ever before. Being live and local right through the morning means we will connect more with our viewers and reflect the issues that are important to Irish audiences. From Ireland AM to the Tonight Show, Virgin Media Television now offers more daily live studio and News content than any other broadcaster.

"Like all broadcasters however we are facing on-going economic and competitive challenges. This means we must move with the times and reflect changing tastes and media consumption. It also means having to make tough decisions to ensure we remain viable and relevant.

"I would like to pay tribute to the 'Xposé' team and all who worked on the show over the last twelve years. 'Xposé' set the standard for entertainment reporting in an era before the proliferation of social media and leaves behind a genuine legacy in Irish entertainment journalism." 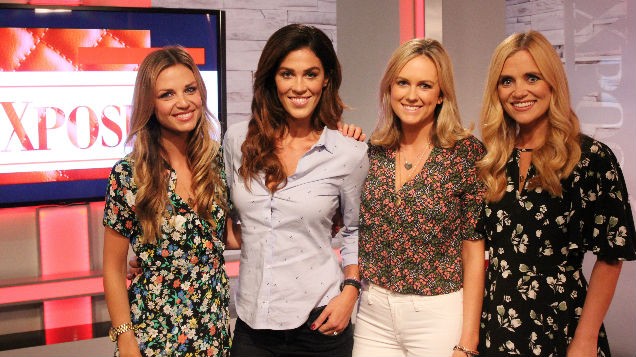 'Xposé' began in 2007 as a half-hour showbiz, fashion and entertainment series airing weeknights on TV3. It was extended to an hour-long show from 2014 until 2016. It was then paired back to three nights a week but March of this year it was changed again to Friday nights only. So yeah, it's been the long goodbye for a show that was once a staple of weeknight entertainment in Ireland.

The show has had many presenters over the years including Aisling O'Loughlin and Karen Koster. Glenda Gilson, Cassie Stokes, and Nadine Reid are the current presenters, with Bláthnaid Treacy recently filling in for Gilson when she was on maternity leave.