Why Catherine the Great was actually so damn great

All episodes of 'Catherine the Great' arrive on Sky Atlantic on Thursday, 3rd October.

Prepare yourselves, your TV will soon see the arrival of Catherine the Great to its screens and she truly is a force to be reckoned with. Helen Mirren takes on the role of the iconic Russian Empress in this upcoming Sky Atlantic series, who was not only one of the country's greatest leaders but also a truly inspirational woman way ahead of her time.

So why was Catherine the Great actually that great? Well, she rocked up to Russia from Germany to marry Emperor Peter III who she soon realised was doing a terrible job as a leader and usurped him. Although she had plenty of help, Catherine still had enemies around every corner but she quickly proved herself to be an intelligent, strategic leader who was not to be messed with. During this time, Catherine also made no secret of her fondness for male company, taking many lovers over the course of her reign. One, however, she was particularly fond of, and it's this love story that is told in Sky Atlantic's 'Catherine the Great'.

Catherine had no interest in marriage however after her disastrous outing first time around. She knew marrying again would threaten her power and she was far too smart to let that happen. Catherine's reign may have got off to a rocky start but her four decades in power is considered the Golden Age of Russia. She is noted as one of the most shrewd, powerful and politically astute rulers the country has ever had.

She proved a strategic military ruler and successfully led Russia against the Ottoman Empire, going on to gain new territory making the Russian Empire the dominant power in South-Eastern Europe. Catherine's reign was also a period of expansion of trade and communications while at home she implemented a series of educational reforms including the first state-financed higher education institution for women in Europe. 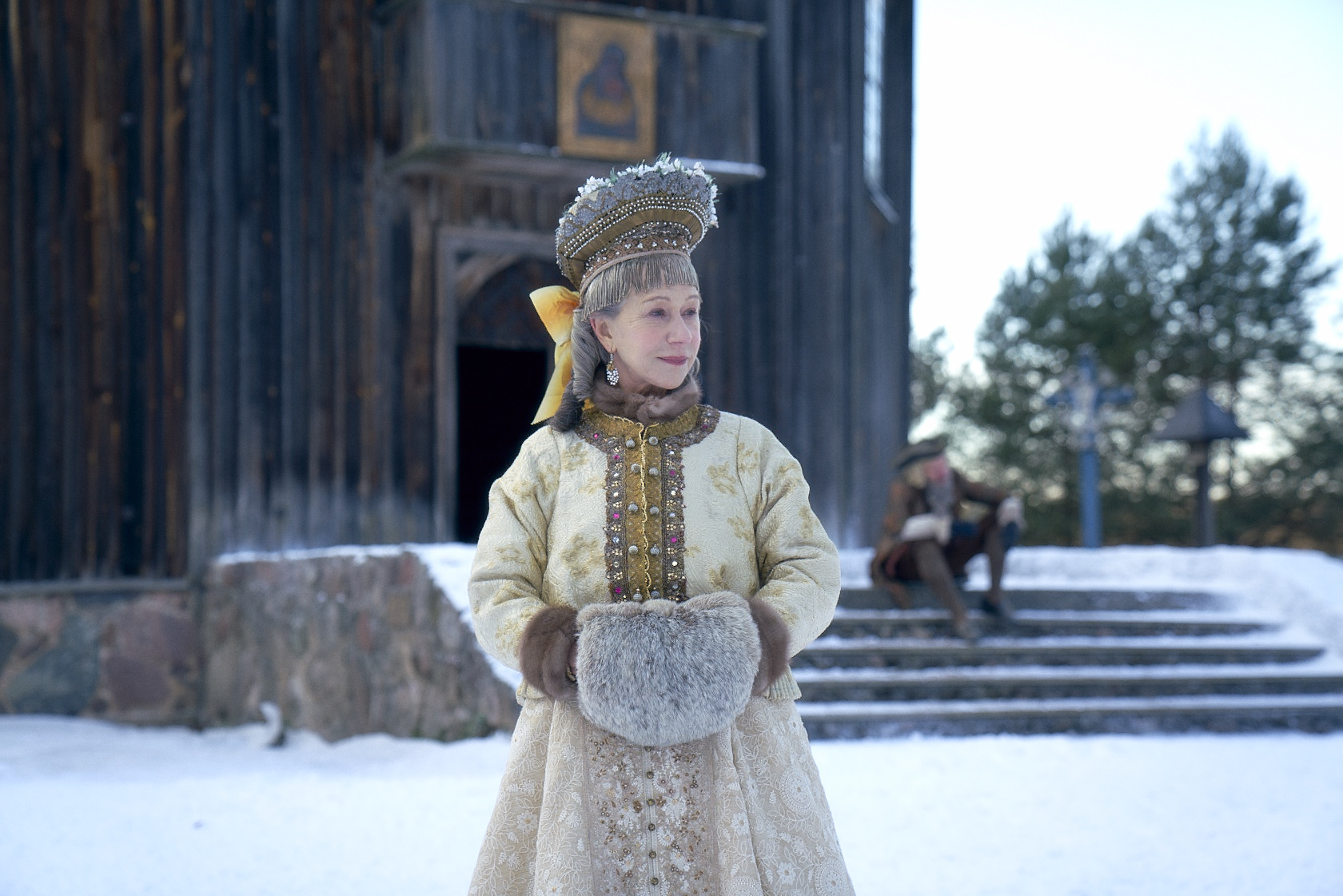 A patron of the arts, Catherine also played a key role in the Russian Enlightenment, a period where the proliferation of arts and sciences was actively encouraged. One of the largest and oldest museums in the world, The Hermitage Museum in St Petersburg, began as a personal collection of Catherine II.

A respected acting heavy-weight like Helen Mirren is the perfect choice to play Catherine. Mirren, of course, is no stranger to playing iconic women, winning an Oscar in 2007 for her role as Queen Elizabeth II in 'The Queen'. "From the very beginning, I wanted Helen Mirren to play this part," says writer Nigel Williams. "Luckily for us, it was a role she wanted to play." 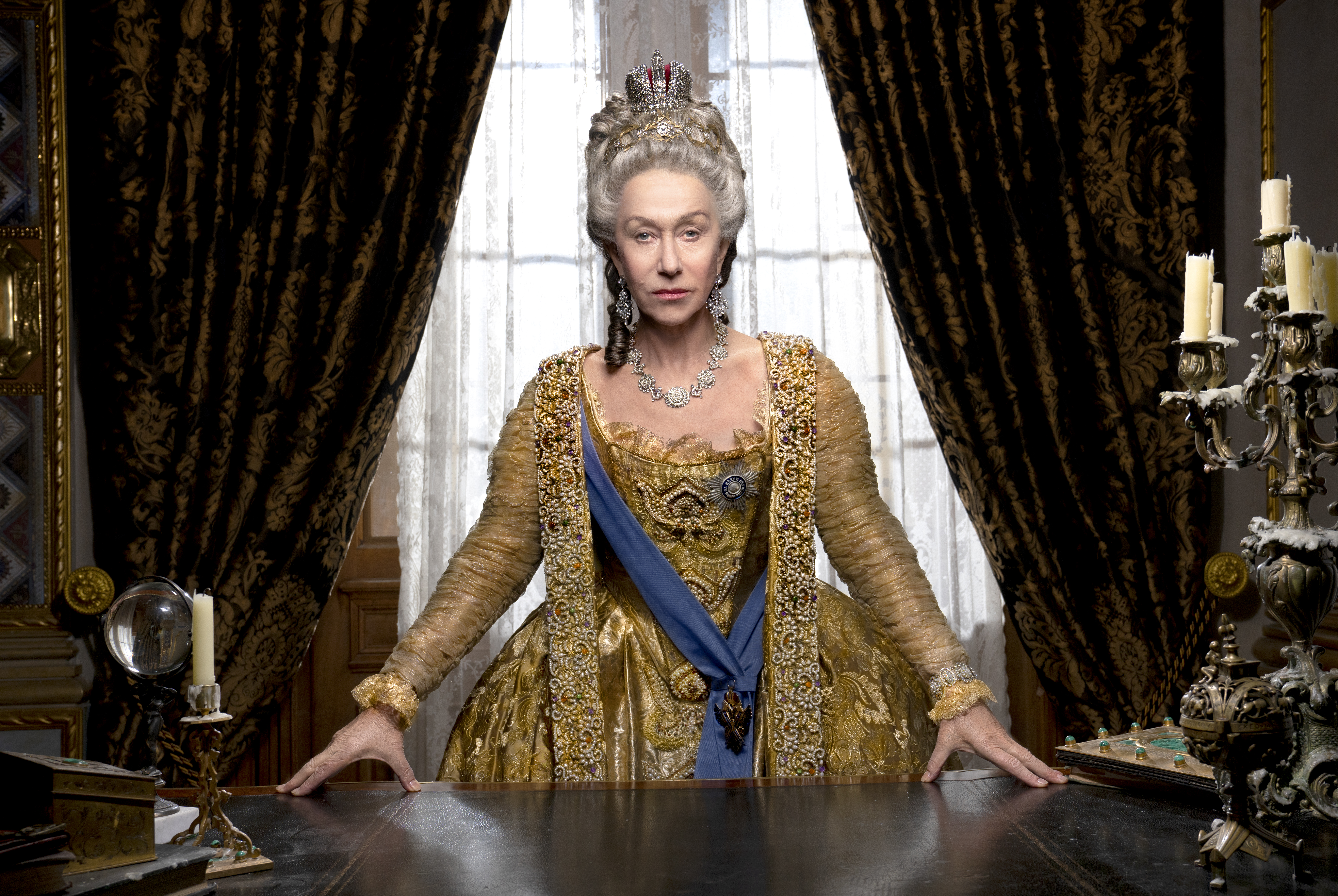 Mirren, whose father was Russian, said of the role, "Catherine’s story always fascinated me not least because of my own connection to Russia, but also the exoticism of that region in the 18th century and the medieval quality, to a certain extent, of life in that era. There was also an attitude towards relationships and sexuality in Catherine’s world which is very alien to us nowadays which was interesting to explore. We’re still very drenched in Victorian or American puritanical values, but Catherine’s rule brought a very new and refreshing approach, which is why she was such as pioneering woman and a fascinating figure to play."

The four-part series will pick up with Catherine after her coup and focuses on her relationship with military man Grigory Potemkin who went on to become one of the most influential soldiers and statesmen in Russian history. Speaking of their relationship, Williams said, "This seemed to me to be a very modern, or at least un Victorian tale of sexual entanglement with something to teach all of us about love, morality and the place women should – but are not always permitted – to occupy in society."

An enormously competent yet compassionate leader, Catherine the Great truly was a woman for the ages.

All episodes of 'Catherine the Great' are available from Thursday, 3rd October exclusively on Sky Atlantic.