'Watchmen' is unlikely to get a second season

HBO series 'Watchmen' aired its final episode last month and it's unlikely to air another season.

The series served as a sequel to the DC Comics series 'Watchmen' and received critical acclaim and good ratings.

The series consisted of nine episodes, the first episode airing on October 20, 2019, and the finale aired on December 15.

It proved a solid show for HBO after 'Game of Thrones' wrapped. However its future looks bleak since showrunner Damon Lindelof isn't interested in pursuing a second season.

"Where we left it with Damon was he's thinking about what he wants to do and I'm taking his lead on that," HBO boss Casey Bloys told The Hollywood Reporter earlier this week. "If he has an idea that he's excited about, then I'm excited; if he wants to do something else, then that's what I want to do."

However Lindelof told THR: "I don't think I'm interested in, nor do I think the audience is interested in, 'Let's just do more of the same.' Because then it wouldn't be 'Watchmen'. It requires a new idea. Maybe that idea is going to come from someone else. I would welcome that, one hundred percent." 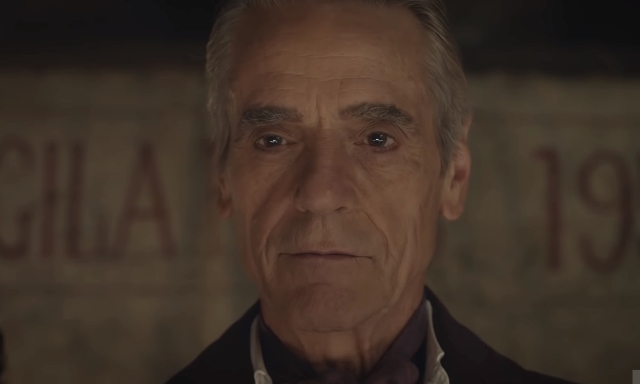 Bloys has since added: "I think Damon did a brilliant job. It is so much from his brain — obviously I know there was the underlying IP — but the reinvention and the world is so much from his brain that it's hard to imagine somebody else doing it. Not to say it can't be done, but right now I'm just giving Damon the time he needs to think about what he wants to do, creatively, next."

Bloys also spoke to USA Today about Lindelof's departure. Again, it's not looking good for HBO to pursue 'Watchmen' without its showrunner.

He said: "It's really in Damon’s thinking about what he wants to do. If there's an idea that excited him about another season, another installment, maybe like a 'Fargo,' 'True Detective' (anthology) take on it, or if he wants to do something different altogether. We’re very proud of 'Watchmen,' but what I’m most interested in what Damon wants to do."

According to the publication, Lindelof has "given my blessing" to HBO should pursue a new chapter to the series with a different writer-producer.

But Bloys concedes: "It would be hard to imagine doing it without Damon involved in some way."

Thus, unfortunately, it looks like this very well could be the end of 'Watchmen'.

The series was left on a cliffhanger, but many fans found it to be a fitting finale nonetheless. They took to Twitter to say:

Farewell, my friend. You were perfect, this was necessary, and we thank you for your service. pic.twitter.com/LM4WiiuNNJ

I'm incredibly sad over #WatchmenHBO not getting a second season, but there's no denying that it ended perfectly. pic.twitter.com/XnbTpklLAp

I’m great with this. It tells a complete story. I wouldn’t mind if some years down the line another creator tries their hand at a totally different Watchmen sequel. https://t.co/PHZ41UkMbe

— Richard Newby - Vote Blue and Save Yourselves (@RICHARDLNEWBY) January 16, 2020

#WatchmenHBO was a breathtaking season of TV. I’m disappointed it’s not returning, but would rather it be immortalized in its perfect form, leaving the wonder of a vast and inexplicable universe forever imprinted on our hearts. pic.twitter.com/Cl8ikMmr6k

Meghann Fahy teases an "epic" finale to 'The White Lotus'