If there's one thing the current crop of animated shows appear to be lacking from our cursory viewing, it's a good villain.

The '80s and '90s had a wide range of outrageously ghastly villains, from the horror-tinged, fantasy villains of 'He-Man', 'She-Ra' and 'Thundercats', to the far more dastardly and comedic bad guys of the '90s.

Here's our pick of ten of the best, or worst in this case.

Ice-queen blonde? Check. Super-smart and takes no crap off of anyone? Check. Violent arch-capitalist with no regard for ecological damage? Dr. Blight from 'Captain Planet' was the hallmark when it comes to villainous ladies in cartoons. She also had that fringe that covered half her face and the scar underneath. Fun fact - the character was originally voiced by Meg Ryan.

9. Cyril Sneer from 'The Raccoons'

It was only many, many years later that it dawned on us that Cyril Sneer's nose looked like a penis with a lot of foreskin. Sorry, yes, this is supposed to be about cartoon villains but now it's all we can see. Soon it will be all you can see. Look at it. There is no way whatsoever that the animators of this show didn't clock that when they were designing this guy. 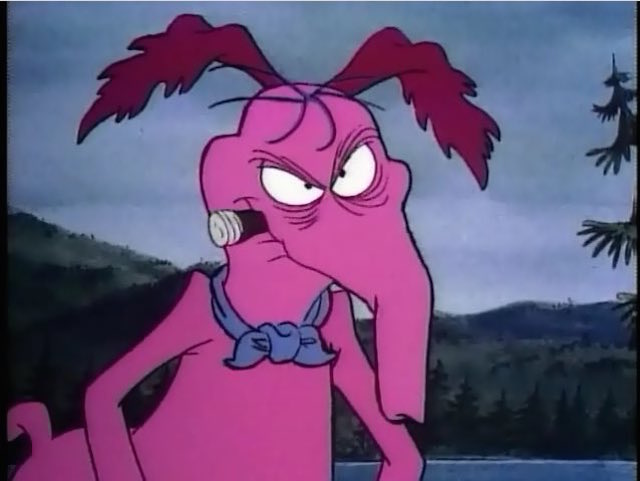 Sorry, but Cyril Sneer's nose is now something very different.

One of the most disappointing thing about Michael Bay's god-awful live-action movies is that they never, ever captured the personality of any of the Transformers. Sure, they're just giant CGI characters blowing stuff up on screen, but the animated characters just had more life to them. Seriously, how terrifying was Megatron's voice in the original 'Transformers' TV series? And the way he used to always beat the crap out of Starscream? Horrifying. Just horrifying. EXTINCTION TO ALL TRAITORS!

Mr. Burns has typified the idea of evil corporate overlord for the past three decades. That's really all there is to it. You think of a billionaire tyrant and your mind goes to either Rupert Murdoch, Elon Musk, or Monty Burns in an instant. Harry Shearer famously based the voice of Lionel Barrymore and Ronald Reagan, whilst Conan O'Brien found him to be his favourite character to write for. After so many years, he's still one of the most easily identifiable characters not just in 'The Simpsons' but in pop culture as a whole.

6. Gargamel from 'The Smurfs'

Looking back, there was so much WRONG in 'The Smurfs' that we didn't even realise it at the time. First off, the gender disparity among the Smurfs themselves was just wrong. One Smurfette to an entire town? Problematic. The fact that Gargamel wanted to turn the Smurfs into gold tells us that the show was actually a socialist-leaning tract about workers and the ruling classes' attempt to subvert their power. Or are we reading into this way too much? Maybe. Either way, Gargamel and his little sh*t of a cat, Azrael, were just awful. 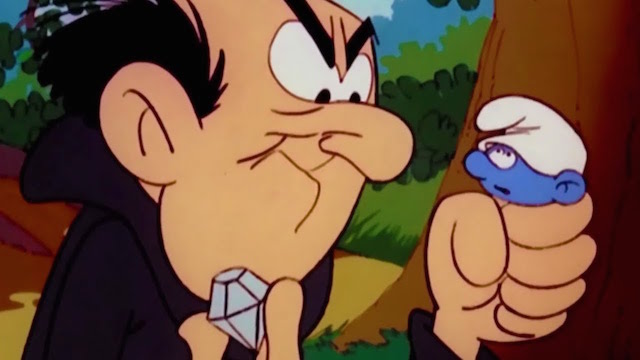 Gargamel was indicative of the brutalisation of the working class, with Azrael signifying the compliant bourgeoisie. In this essay, we will...

Plankton was a responsible business owner who just trying to level the playing field with his competitor. Also, fair play to Karen, his computer wife, for sticking by him and his failing business. Sure, he was unhinged and prone to outbursts of anger, but it was only because he just wanted a customer. Just one, single customer. If any person on this list was going to have an unhealthy obsession with Ayn Rand on this list, it'd be Plankton. You just know he'd be quoting 'The Fountainhead' at the most painfully inappropriate moments.

He was a talking brain. A TALKING BRAIN WITH TENTACLES. THAT LIVED IN A HUGE ROBOT'S STOMACH. WHAT THE ACTUAL.

The fact that Mumm-Ra could always change into someone else freaked us the hell out. Also, those weird red eyes had a lot to do with it. 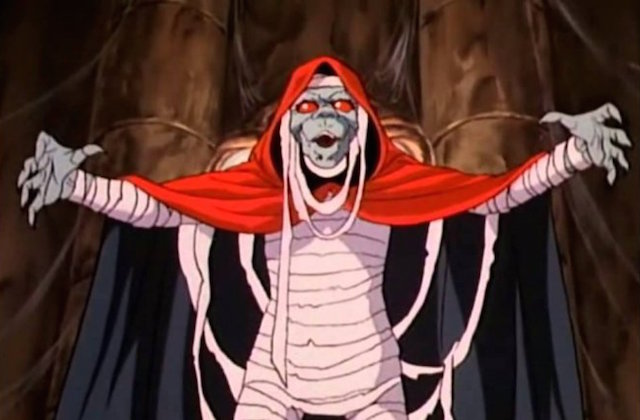 Anyone remember the Mumm-Ra action figure?

1. Skeletor from 'He-Man: Masters of the Universe'

Be honest, when you think of cartoon villains of the '80s, your mind immediately goes to Skeletor and that crazy laugh of his. For someone that had the head of a skeleton, Skeletor was seriously built. Maybe that's what made him so weirdly unsettling, but also kind of hilarious? Also, when you consider the '80s was filled with satanic panic, the idea of an entire generation of kids running around with this action figure is too silly to ignore.

A 'Harry Potter' TV series is on the way