This 'Game of Thrones' character was meant to survive originally

And it would have changed the ending (kind of)

'Game of Thrones' is over folks. And it's unlikely to be rewritten (no matter how many people signed that petition). Still it's fun to consider what might have been.

Well there was a character who died during the course of 'Game of Thrones' season 8 who was meant to survive until the end. In fact, his appearance at the end of the series would have altered the ending - slightly.

While the Burning of King's Landing had the most casualties, the Battle of Winterfell also saw the death of several beloved characters. Among them was Jorah Mormont, who died defending his Queen, Daenerys Targaryen, to the end.

Writer Dave Hill told EW that originally it was intended for Ser Jorah to be there with Jon Snow and Tormund, walking beyond the wall, in the show's final moments.

“For a long time we wanted Ser Jorah to be there at The Wall in the end,” Hill says.

“The three coming out of the tunnel would be Jon and Jorah and Tormund. But the amount to logic we’d have to bend to get Jorah up to The Wall and get him to leave Dany’s side right before [the events in the finale] … there’s no way to do that blithely. And Jorah should have the noble death he craves defending the woman he loves.” 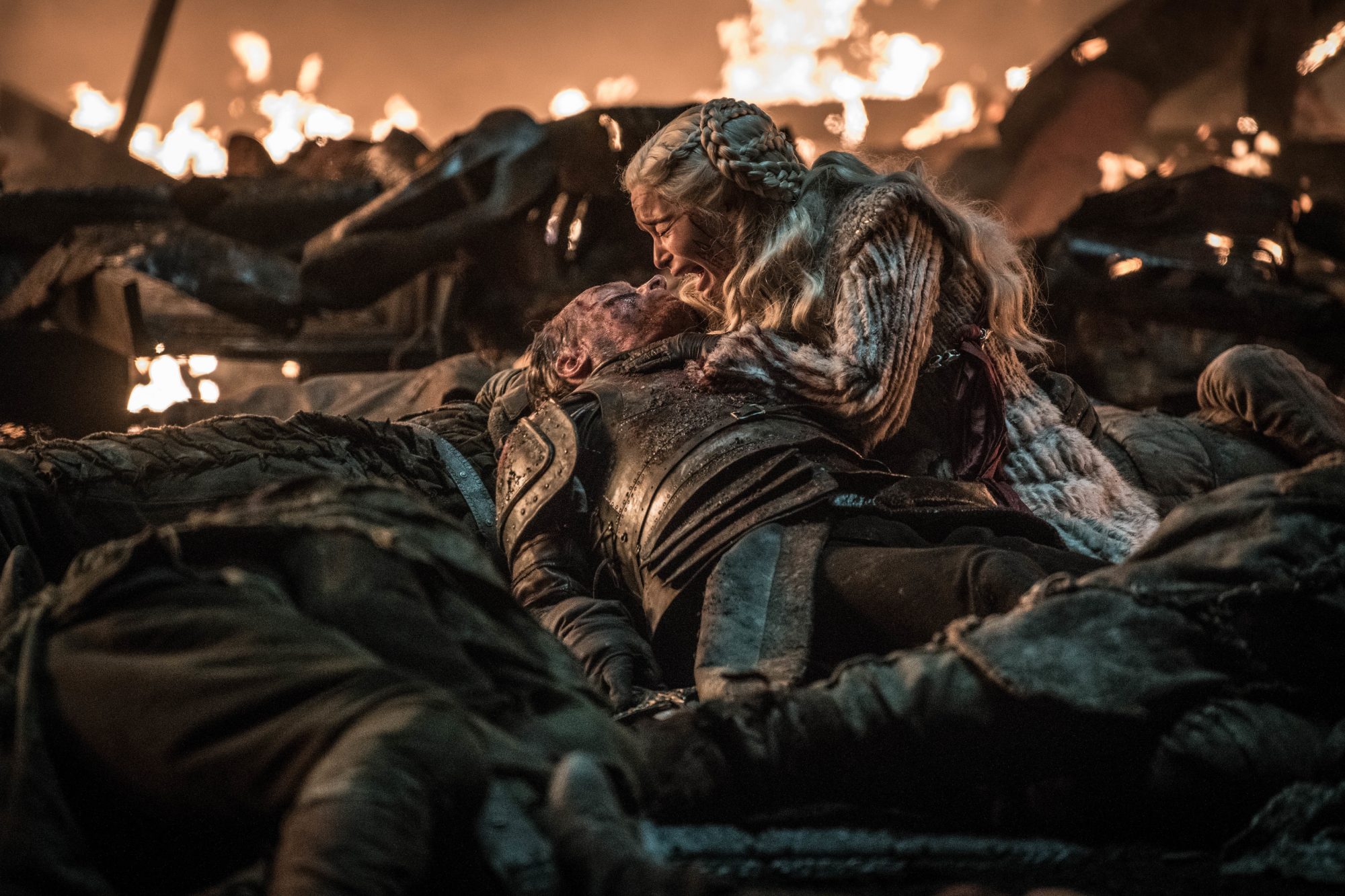 It would have been nice to have the trio of friends altogether, especially given the mirroring to episode one of 'GOT' it would have created, and the connection of the Mormonts to the Night's Watch. But Hill is right. Moreover, there's no way Jorah would've let Jon get away with killing Daeny. He'd be dead meat.

But then again, would Jorah have changed his mind about Daeny once he saw what she did to King's Landing? As actor Iain Glen reflects, it probably makes more sense that we don't have to think about it.

He told EW: “There’s a sweetness in that because Jorah will never know what she did. That’s probably best. It’s a blessing for him that he never found out what happened to her. And from a pragmatic story point of view, his death served a greater purpose. Where could we have taken Jorah from there? F— if I know.”

The latter refers to Jorah's death being a motivation for Daeny going Mad Queen. So it did make sense. Yeah.