Available on Sky Atlantic from today

'The Undoing' launches today exclusively on Sky Atlantic, starring two of Hollywood's biggest actors in a limited series. With both Nicole Kidman and Hugh Grant starring as wife and husband, we almost don't need to tell you much about the series - with those two names attached, it's already a must-watch.

But just in case you want to know a few more essential details, here's the lowdown on this captivating series.

So, what's 'The Undoing' all about?

Living in the perfect New York City townhouse with her successful husband and diligent 12-year-old son, Grace Frazer is living the only life she ever wanted for herself. She’s a successful therapist, she's got a group of similar (yet more stuck-up) friends, and she's able to go about her day as she pleases - her life is, to put it mildly, perfect. However, after a mysterious new woman enters her life, the foundation of her mental state begins to be chipped away.

Within a matter of hours, a gruesome death occurs to one of the young mothers from her school; her husband appears to have vanished following a work-related trip, and suddenly police detectives are acting suspiciously around her. What does it all mean, and how can she deal with all of these coincidental happenings?

This chain of terrible revelations and discoveries will leave Grace horrified as she must dismantle one life, and create another for herself and her child. 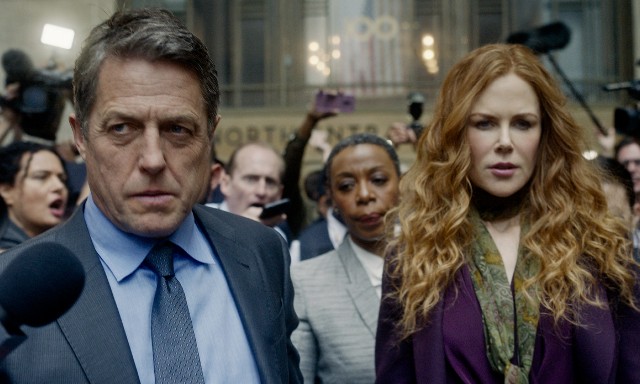 Hugh Grant and Nicole Kidman star in 'The Undoing'

Is there anyone in the series that I'd recognise?

There sure is. For one, we've got Australian actress Nicole Kidman in the lead role of Grace. No stranger to appearing in our TV and movie screens over the years, fans who enjoyed seeing her in 'Big Little Lies' in the past will love Kidman in yet another HBO drama. She stars opposite her on-screen husband Jonathan, played by Hugh Grant, who is back for his first notable TV appearance in recent memory.

The pair pave the way for the rest of the all-star cast in this disorientating drama. Their son Henry is played by Noah Jupe, who starred in 'A Quiet Place' with John Krasinski and Emily Blunt; Lily Rabe from the 'American Horror Story' franchise play's Grace's friend Sylvia; Canadian acting pro Donald Sutherland has been cast as Grace's father Franklin; while action movie star Édgar Ramírez plays Detective Joe Mendoza. 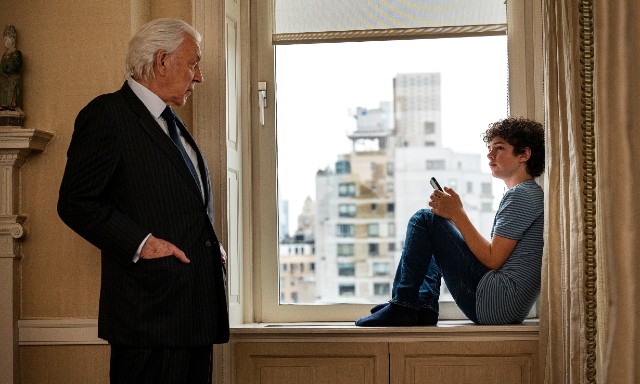 Donald Sutherland and Noah Jupe in 'The Undoing'

Anything else I should know before watching?

The series is based on the New York Times bestselling novel by Jean Hanff Korelitz, entitled 'You Should Have Known'. Also, there is a stellar team working behind the camera, with 'The Night Manager' executive producer Susanne Bier taking over as director, and the writer of 'Big Little Lies' David E. Kelley, both bringing the series to life.

Finally, 'The Undoing' is made up of just six episodes, so you'll have to tune in every Monday to see the story unfold. The first episode is available to watch exclusively on Sky Atlantic from 9pm tonight.