The celebs struggled on last night's 'Dancing with the Stars'

Switch up week had almost all the contestants shaken

'Dancing with the Stars' took the celebrities out of their comfort zone last night by switching up their pro-dance partners. Though there was no eliminations this week - and some contestants like Mairead Ronan and Cliona Hagan excelled - most of the contestants struggled with the switch ups. Tough scores from the judges reflected as much.

The first switched-up couple up on 'Dancing with the Stars' last night was former rugby player Peter Stringer and his partner for the week Valeria Milova. They performed a cha cha to Loud Luxury feat. Brando ‘Body’.

The judges were happy with the steps but wanted to see more hips going. Judge Loraine Barry advised: "Drop the gym this week and get to the salsa class... This cha cha is like watching the rugby match without any tries."

They scored a total of 16 by the judges. 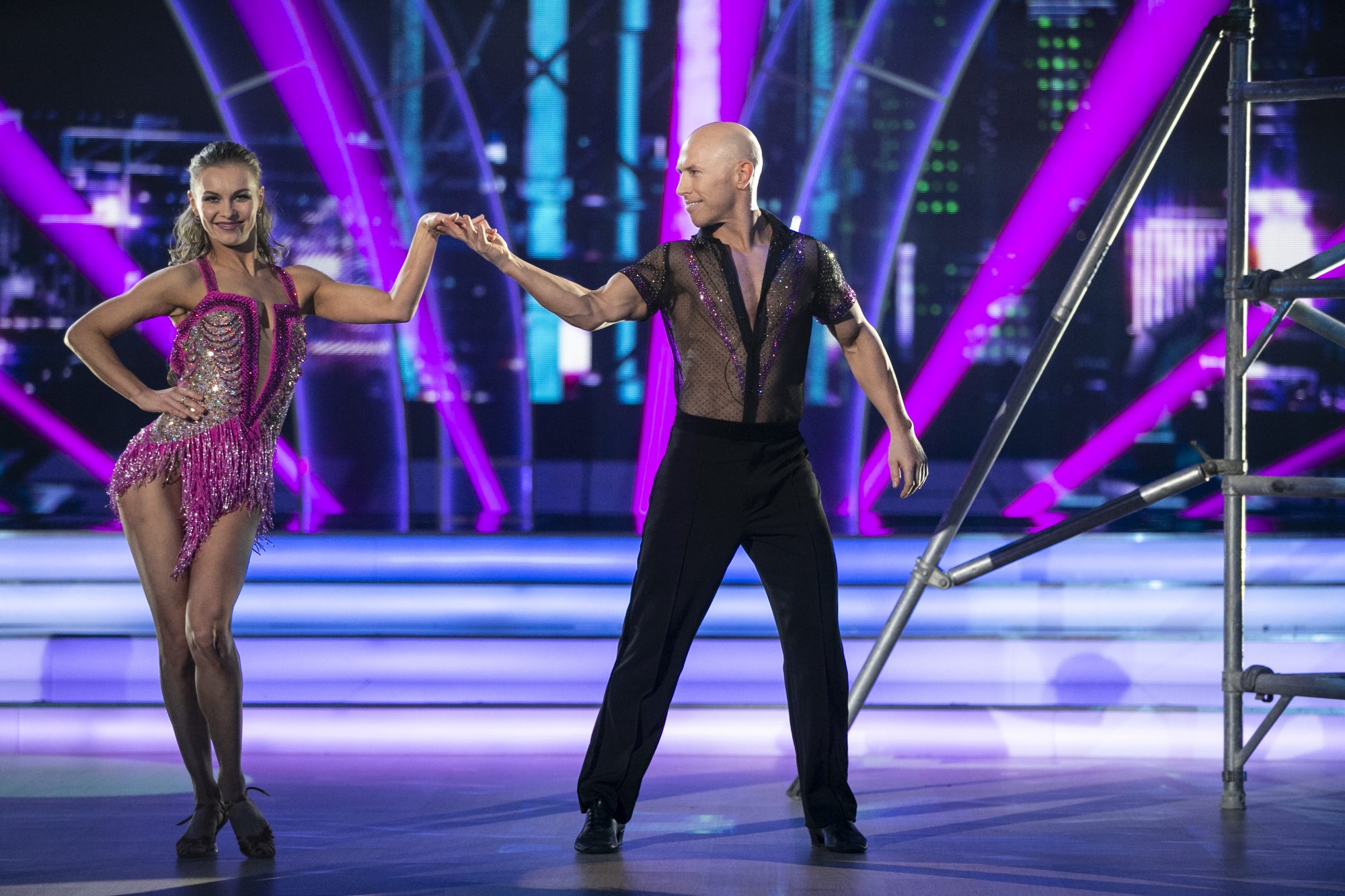 Actor Demi Iaac Oviawe danced to 'Wings' by Little Mix with new partner Robert Rowinski. The judges were unhappy with the lack of Charleston in the choreo with Brian commenting "I thought it was more caterpillar than butterfly." Demi responded to the judges comments: "That was so much fun, it was great, I enjoyed it. I was nervous. I'm not trying to be rude, I'm just trying to be honest."

Robert and Demi scored a total of 13 by the judges. 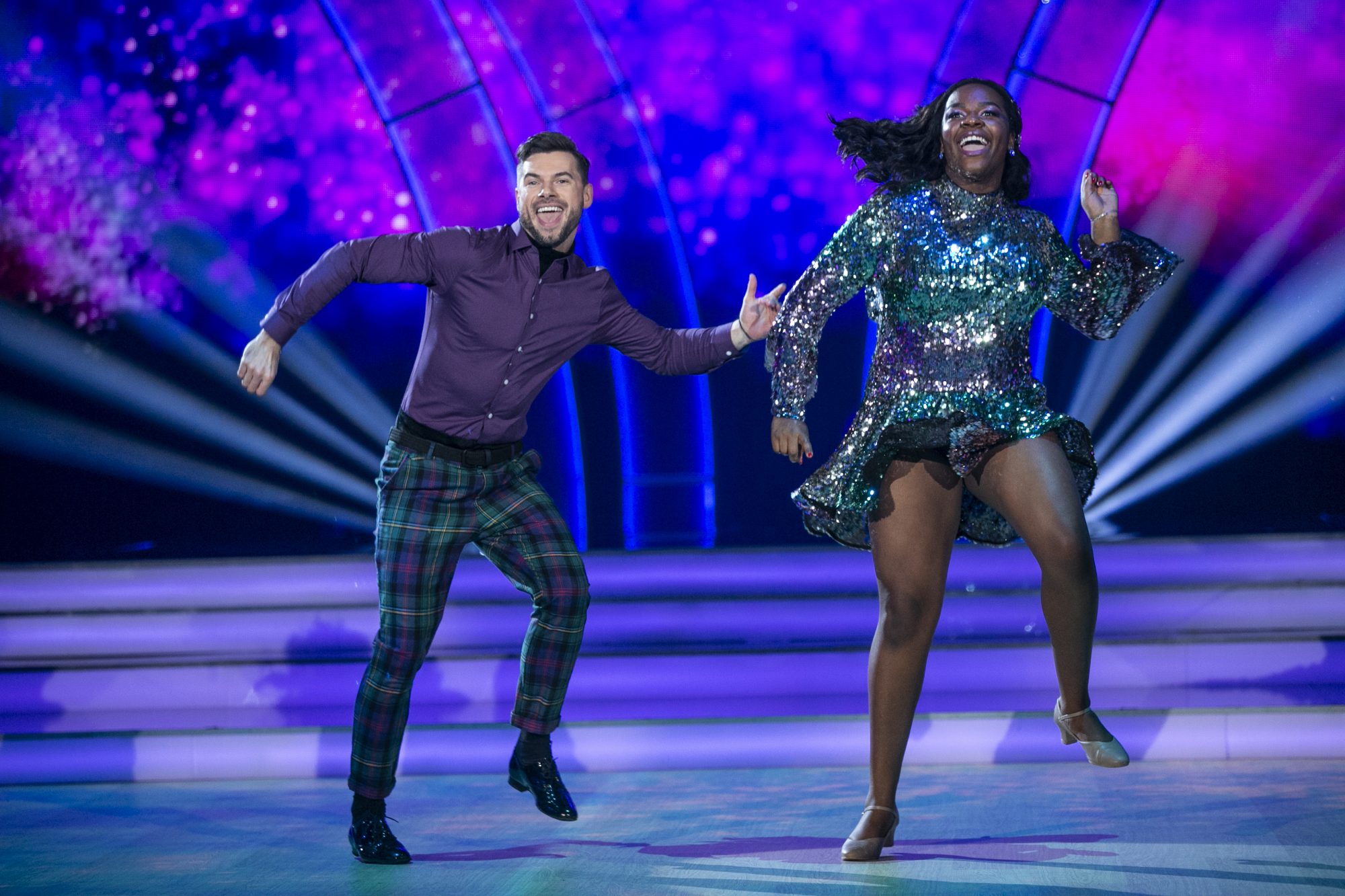 Comedian Fred Cooke and his new pro-dancer Emily Barker danced a paso doble to 'Y Viva Espana' by Black Lace. Brian said: ”I did enjoy parts of it...the standing parts were pretty good...some of the movements made me feel air sick with all the stomping around...." Loraine said: “You certainly looked the part...and at times and you certainly did dance a good paso doble.....I would have liked to see some the body actions that you do very well...the walking which I love got stompy and marchy...you have to sell it and by god every one here bought it ”

They scored a total of 14 by the judges. 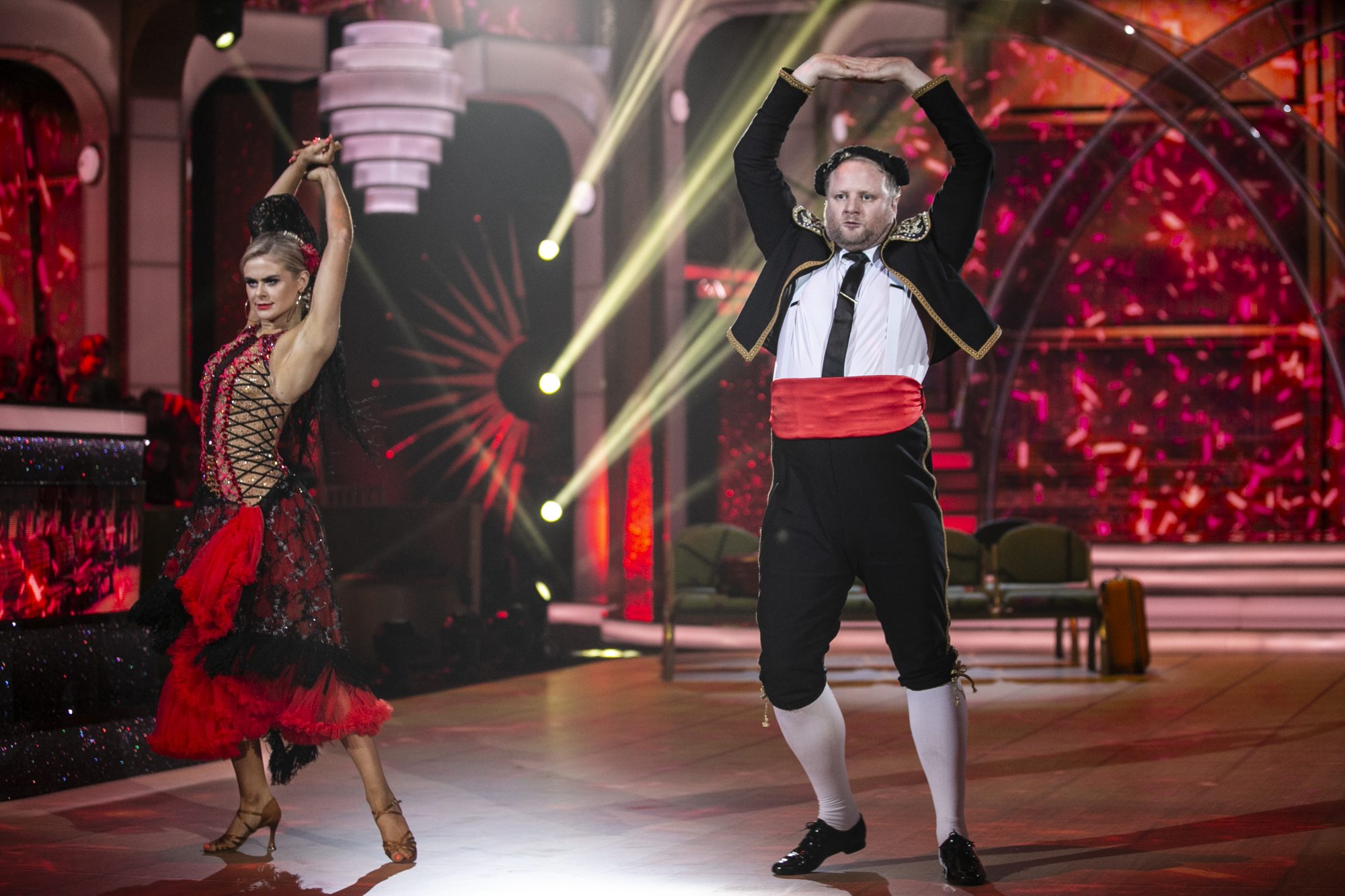 Fred Cooke and Emily Barker during the Sixth live show of Dancing With The Stars .

Taking last week's comments on board, Johnny Ward and his switch up partner Ksenia Zsikhotska danced a traditional and lively Quickstep to 'Are You Gonna Be My Girl'. Julian commented: “That was a rock n'roll quickstep, I have to commend you...you deal with the steps so well... I thought you had a lovely frame...you have a massive potential and you could be a star performer...well done.”

They scored a total of 19 by the judges. 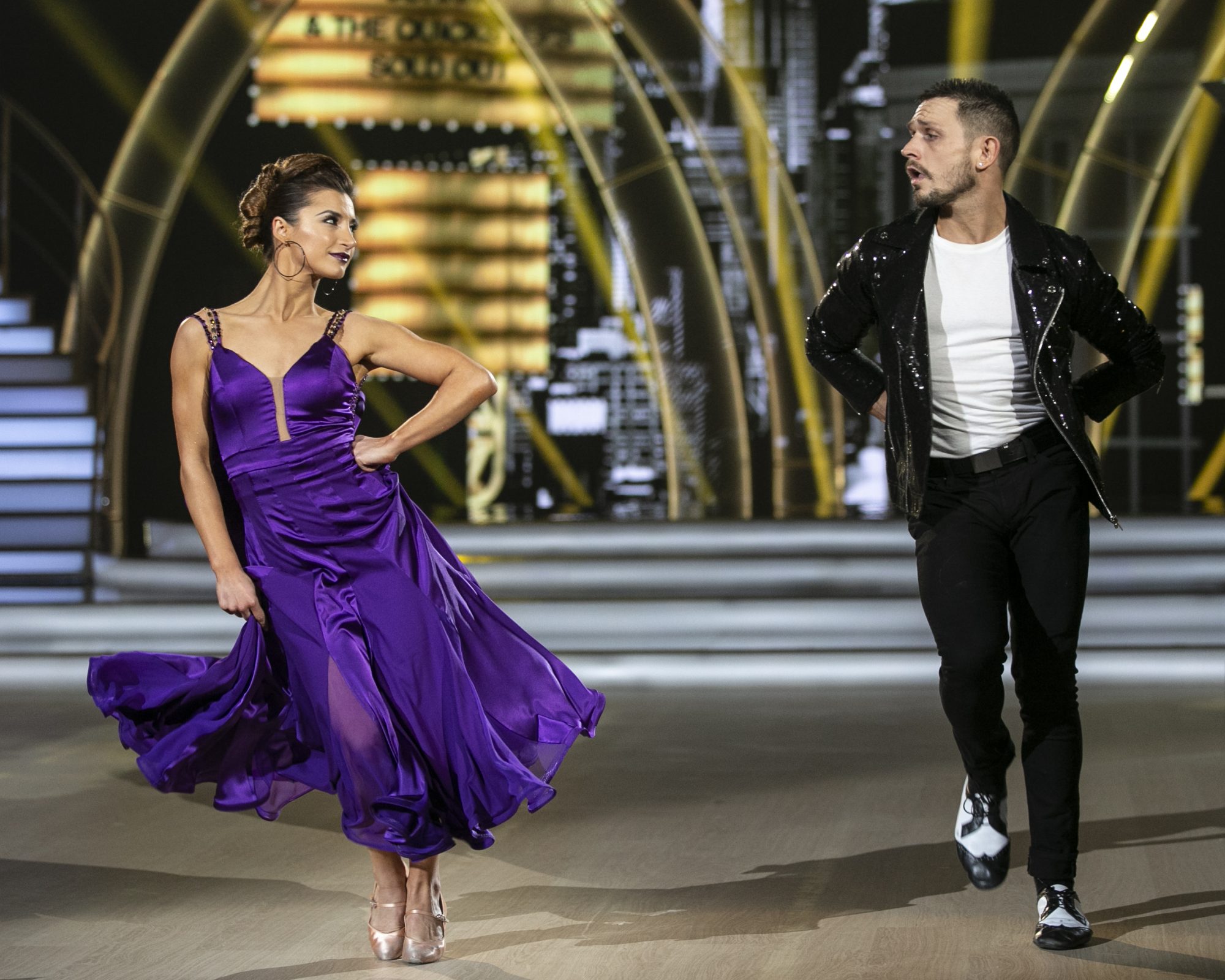 Johnny Ward and Ksenia Zsikhotska during the Sixth live show of Dancing With The Stars .

Legendary GAA Footballer Denis Bastick did a fun jive to 'Great Balls of Fire" with new partner Giulia Dotta. Loraine said: “The kicks and flicks were really really there...a little bit more of the hips action...a very good jive well done" Julian commented: “Goodness gracious great balls of Bastick...there was so much jive content in that routine...you delivered those kicks and flicks..nice drunken sailors...you looked like you enjoyed yourself for one...I saw that twinkle in your face tonight.”

They scored a total of 21 from the judges. 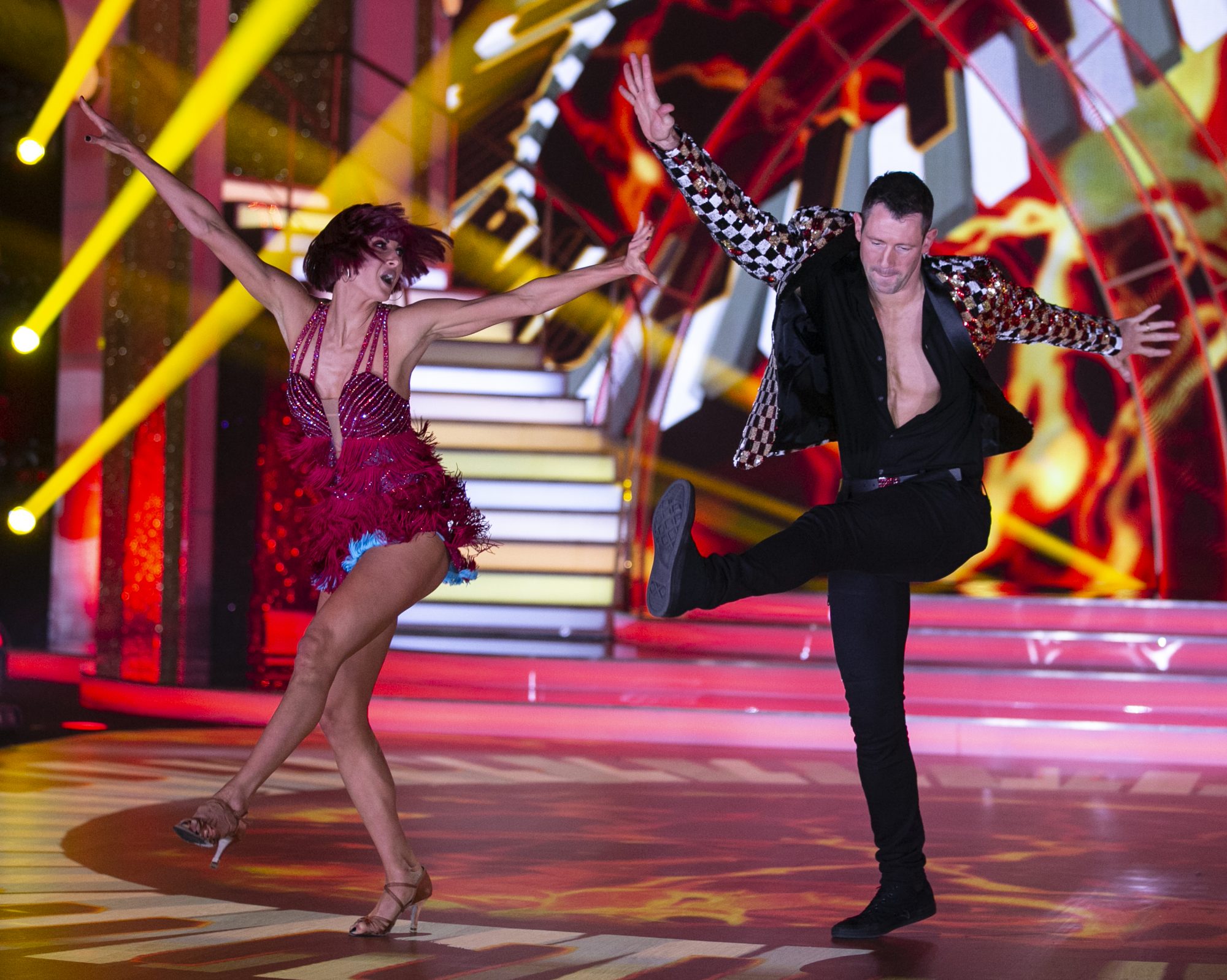 Next up, actor Clelia Murphy and her partner for the week John Nolan did an energetic quickstep to Kylie Minogue's 'Stop Me From Falling". Brian praised: “ This switch up week has been great for you as that has definitely stopped you from falling....it was all in there...the head positioning needs some work...but apart form that a great quick step ”

They scored a total of 24 by the judges. 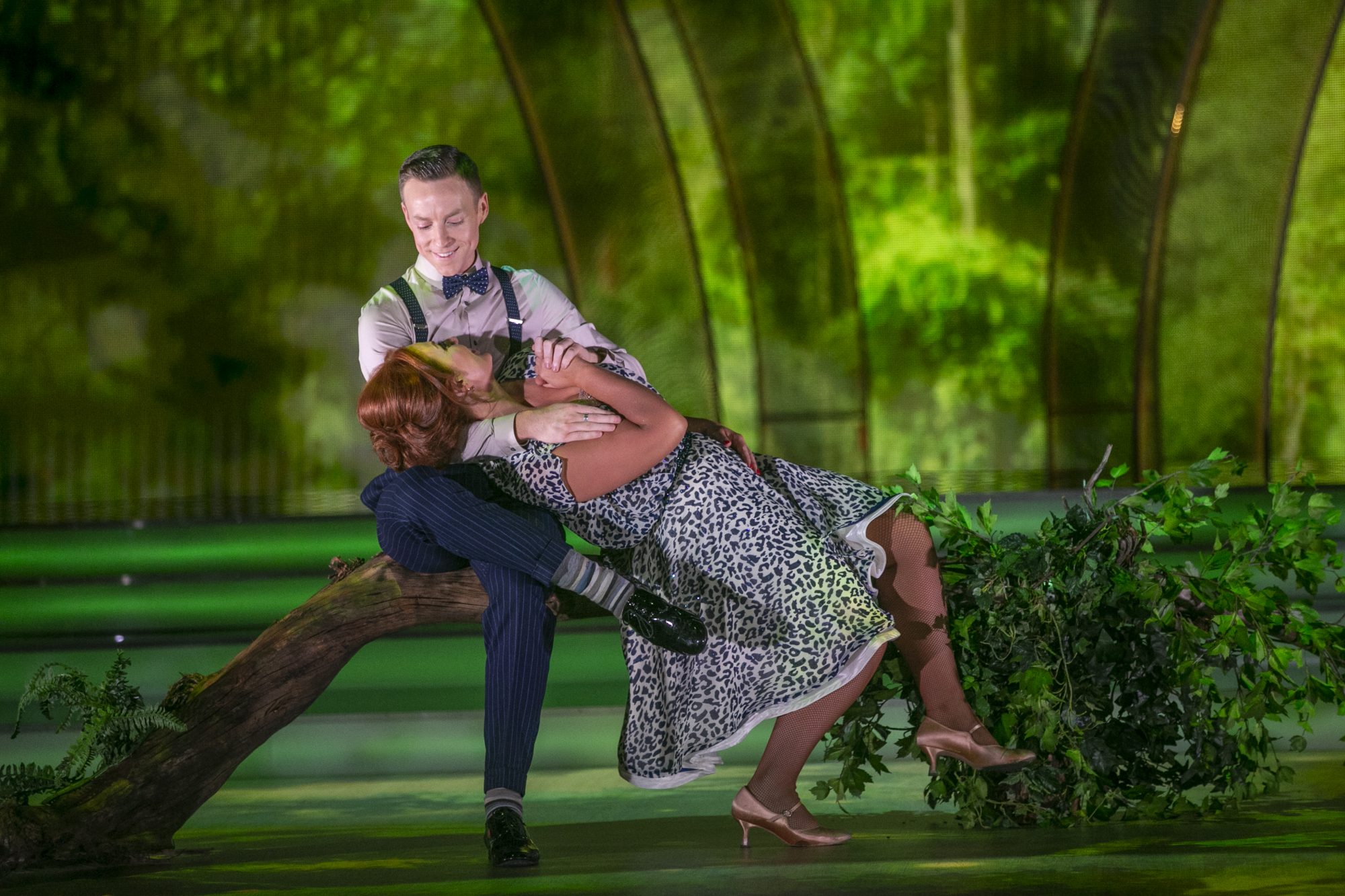 Clelia Murphy and John Nolan during the Sixth live show of Dancing With The Stars .

TV presenter Mairéad Ronan and her new partner Kai Widdrington did a sultry salsa to 'Dance Again' to Jennifer Lopez feat Pitbull. Mairéad topped the leader board last week. Julian said: “That's how you do switch up week girl! From the moment the tracks started you had me ,you were on fire...the power, the energy, the lifts...I saw the dancer...it was fantastic...you had so much to deal with...this was the best dance of switch up yet." Brian added: “I was wondering for weeks if you could do latin or not...tonight you proved that you're on your way to become a luscious latin lady this week...you need to believe that you can do latin...well done.”

They scored a total of 26 by the judges. 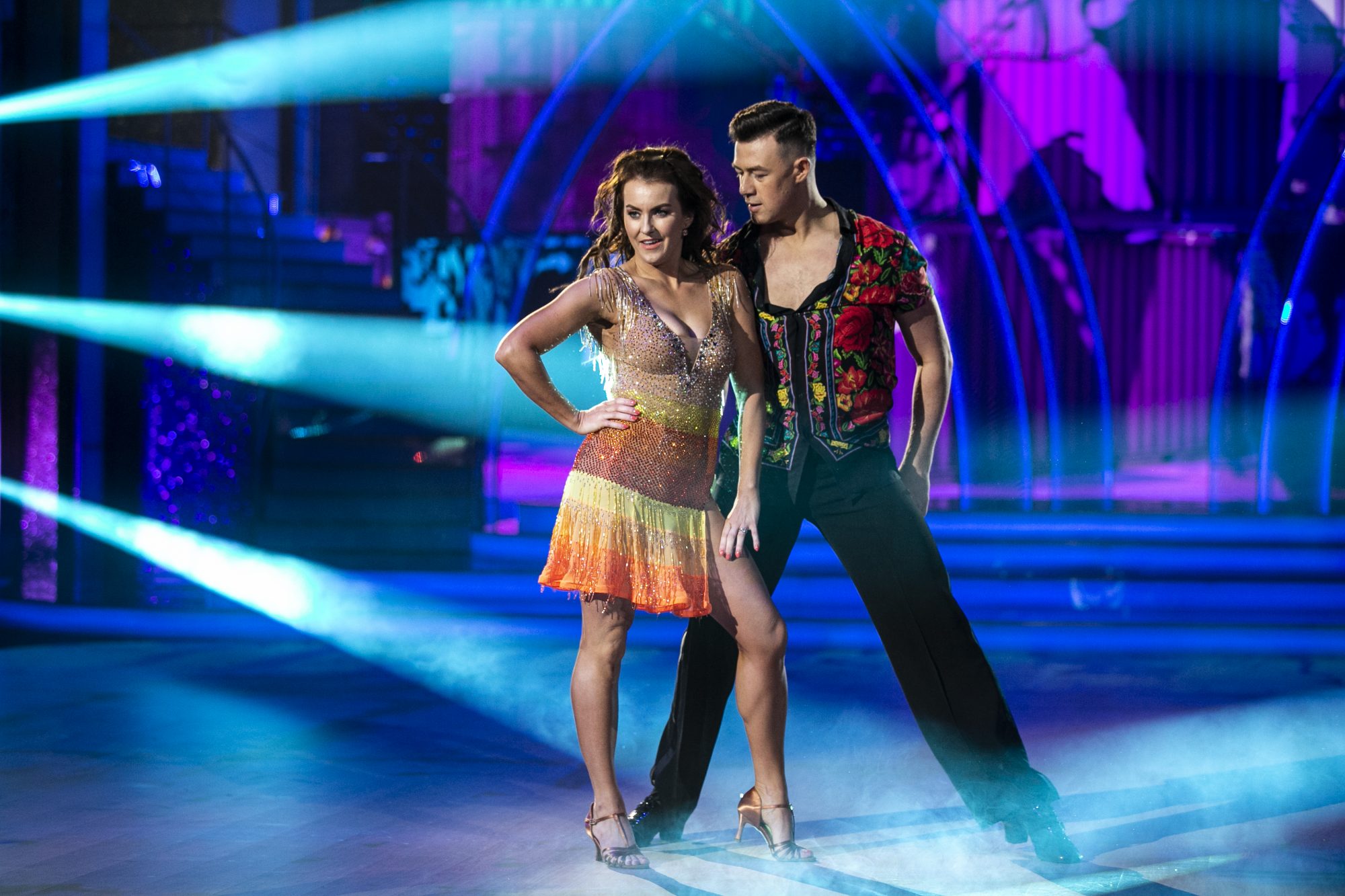 Mairead Ronan and Kai Widdrington during the Sixth live show of Dancing With The Stars .

Last but not least country music singer Cliona Hagan danced an upbeat Samba with Vital Kozmin to 'Taki Taki'. Loraine said: “You can only follow that with OMG....you were absolutely tremendous...it was absolutely superb...Shakira eat your heart out.” Julian added: “That was super sexy man eating samba girl... There was a tribal feel to that performance... That samba bounce action, through out the routine... You were on fire... Your hips were on fire..you connected with the character..you created some beautiful leg lines. Switchalicious I loved it.”

They scored a total of 28 by the judges and scored the first 10 of the series. 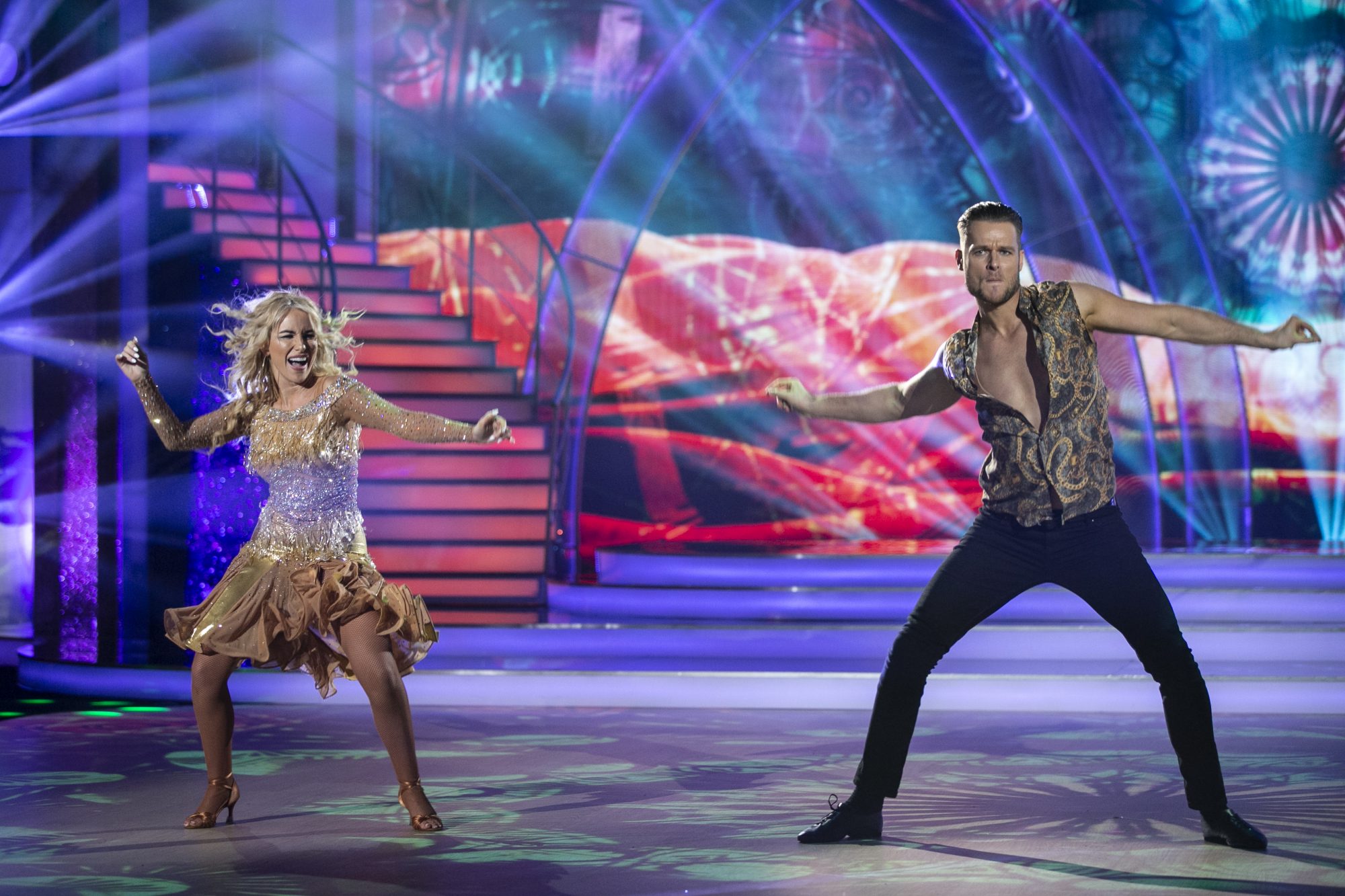 Cliona Hagan and Vitali Kozmin during the Sixth live show of Dancing With The Stars .

There were no eliminations this week and celebrities will now return to their original pro-dance partners as they prepare for the start of the dreaded dance offs - which will begin on next week’s show.

'Dancing With the Stars' resumes next Sunday at 6.30pm on RTE1.