The Academic takeover: TV shows we've always been obsessed with

We make a pretty impressive list, let's be honest

Hey entertainment.ie readers, it's Craig, Stephen, Dean, and Matt from The Academic here. In case you hadn't noticed, we're taking over the whole of the entertainment.ie website for the day. by writing articles, quizzes, and having a bit of a laugh on their social media accounts. Just like you, we're pretty obsessed with TV shows from the past few decades, so we decided to draw up a list of the ones we're constantly chewing the ear off each-other about. 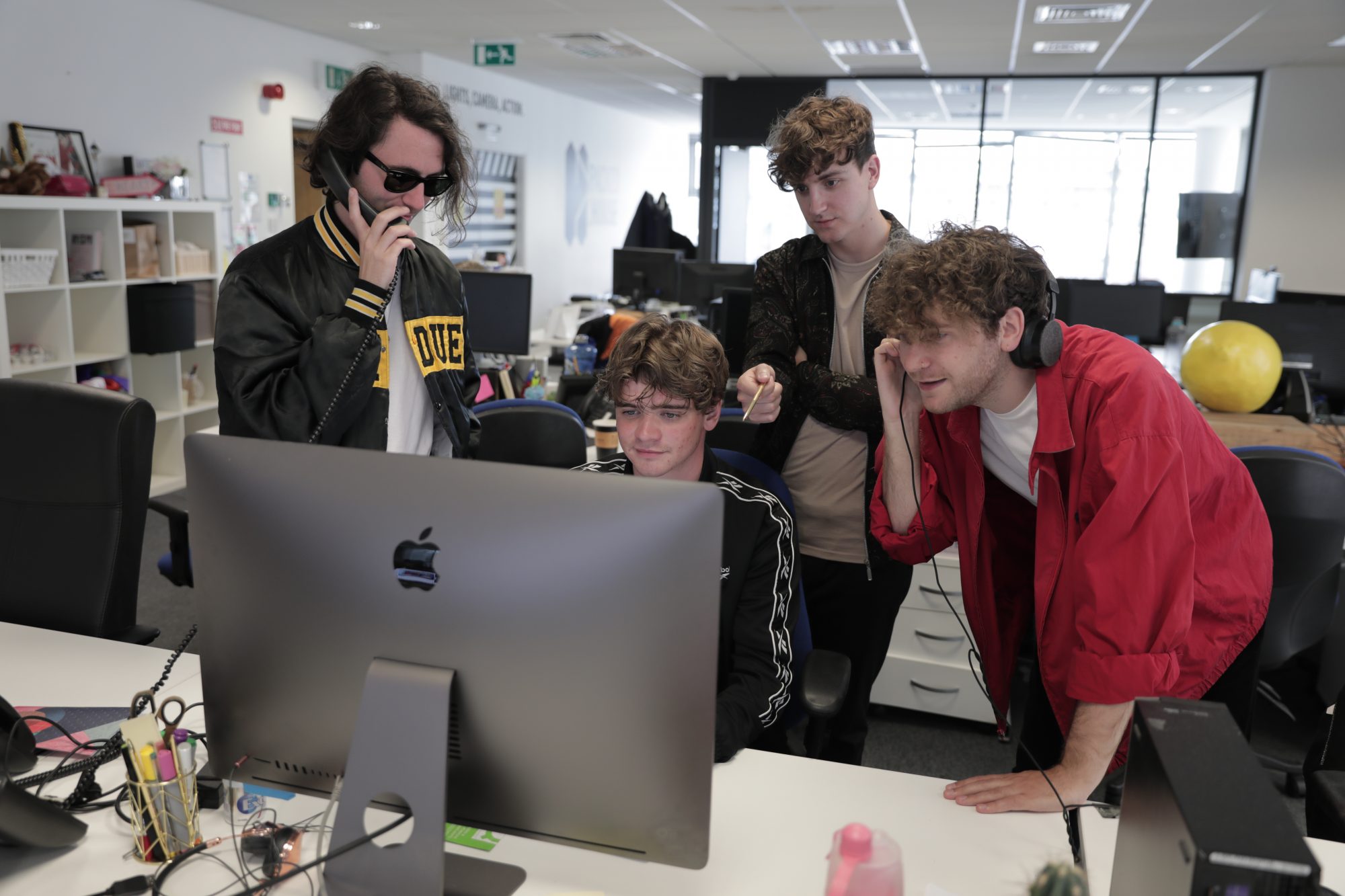 We were working up a storm in the entertainment.ie office

Stephen Murtagh - I've been completely obsessed with this series since I was 17 years old. I would consider David Lynch one of my biggest inspirations and heroes. I'm pretty sure we all share a big love for 'Twin Peaks' in the band.

Dean Gavin - I watched the first season, but I'm not sure that I was ready for it and... *GASP* never went back!

Craig Fitzgerald - I’m a big fan of the strange mixed with ordinary, and David Lynch is the master of this.

Stephen - We quote it endlessly in The Academic and we all love it. We supported Alabama 3 who did the theme song when we were younger - what a wild night!

Dean - I'm not the biggest fan of sitting down to watch TV shows, and I know this is an all-time great - but I've yet to watch it.

Craig - Try to name a better protagonist, because James Gandolfini as Tony soprano is one of the most influential performances TV has ever seen.

Dean - Ricky Gervais as David Brent is just pure comedy. Everyone knows or has met a David Brent somewhere along their way.

Craig - I'm a massive fan of Ricky Gervais, and his first ground-breaking style of comedy is one of my favourites.

Dean - For me, 'The Wire' is probably the greatest TV show ever made. There are so many characters and different scenarios that all weave together to tell amazing, intricate stories.

Stephen - Myself and Dean are obsessed with HBO's 'The Wire'. In my opinion, Omar Devone might be the greatest TV character ever created.

Dean - I love all of his documentaries. His personality is just so likeable, and everything he delves deep into is always interesting.

Craig - I'm a massive fan of 'Louis Theroux's Weird Weekends' and have such a love of Louis travelling around the weird and wonderful places of America - it reminds me of touring around there with The Academic a few years ago.

Craig - A very entertaining series, but I felt bad for the animals that were caught up in the drama.

Dean - I hopped on the lockdown bandwagon with 'Tiger King', and stayed watching until the very end. I was in such disbelief of the sheer stupidity of this one man. Also... Carole Baskin killed her husband.

Stephen - For me, 'Mad Men' had one of the best tv finales ever, as well as having once of the best-written characters in television. I'm obsessed with '60s America and I love the journey the series takes to into the '70s. And the episodes always seem to end with the perfect song.

Stephen -  I love Larry David. He is such a fashion icon. I wish I had the courage to act as straight-talking as his character.

Head over to entertainment.ie and our Instagram page to see the rest of The Academic takeover. The Academic's new EP 'Acting My Age' is available now.

'Love Island' star Dani Dyer has had her first baby