It's January so no doubt you are consuming TV shows by the bucket load and are only dying for your next recommendation. We give you, Sky original series 'COBRA'.

Sky are really upping their TV game the last couple of years with their original content and this show stands up with the best in terms of top-quality drama. 'COBRA' has an impressive cast too which includes Robert Carlyle, Victoria Hamilton, David Haig, Richard Dormer and Lucy Cohu. The plot is what will suck you in though and if you love a bit of "end of the world" style action with your political dramas then you will be glued to 'COBRA'.

The six-part series, written by Ben Richards, follows what happens when a national emergency in Great Britain causes a massive nationwide blackout. With the whole country in chaos, a team called COBRA (which stands for Cabinet Office Briefing Room Assembly and are very much a real thing in the UK) - comprised of Britain’s leading experts, crisis contingency planners and the most senior politicians - must assemble to help bring society back from the brink of collapse.

'COBRA' wastes no time going straight into the action with a gripping opening scene which sees an airplane losing power over a motorway. We are then brought back to the start of the story and are introduced to Prime Minister Robert Sutherland (Carlyle) and his Chief of Staff Anna Marshall (Hamilton). They must navigate the day to day concerns facing their government however they soon discover that there could be something far more catastrophic on the way in the form of a solar storm.

The mass blackout this causes forces them to contend with impossible political decisions, while also being mindful of their opponents, who will use any sign of weakness as the opportunity to strike. Throughout all of this, they also have ferociously pressured personal lives to deal with. 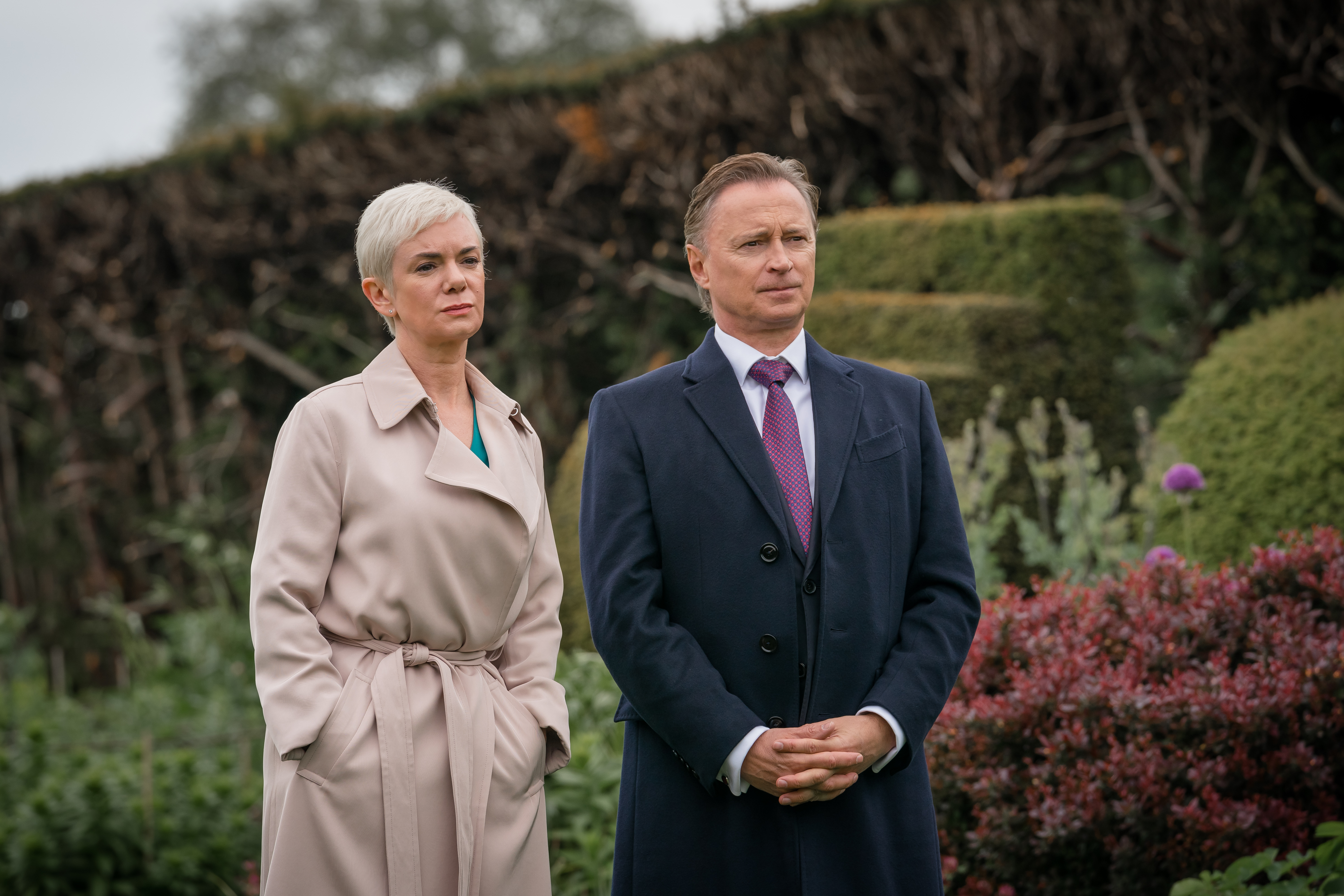 It's wonderful to see Robert Carlyle, a consistently great actor, take centre stage in a TV series and really get a chance to explore the depths of a character.  The Scottish actor, who rose to fame as the iconic wild card Begbie in 'Trainspotting' has been clocking in brilliant performances in various shows and movies over the years from 'The Full Monty' to U.S series 'Once Upon a Time'.

Speaking of this new role, Carlyle said: "One of the things that interested me about the part and one of the reasons why it appealed to me is because he's different. He's not your usual Tory Prime Minister. He's trying his best to be different and to look at things from different angles. He's not old fashioned in that respect."

This solar storm and its aftermath is Sutherland's first major challenge in office and while it may sound like science fiction, it's very much possible. Carlyle said: "This has happened before about 100 years ago I think. It caused terrible trouble within the country back then; nowadays it would cause even more trouble because we're so dependent upon technology. A solar storm would wipe all of that out. The internet could go down. We depend so much on IT technology yet a solar storm could destroy it. You can imagine if all of that went away overnight - cellphones went away, the internet went away - imagine the trouble that we'd be in. Victoria Hamilton ('The Crown') shines as the brilliantly intelligent and sharp Chief of Staff Anna Marshall and is a foreboding figure alongside the Prime Minister. As with many of the characters though, she too has her own personal struggles to deal with as an old flame turns up, bringing with him some very unwanted baggage. Speaking of her role, Hamilton said: "She’s more morally complicated than just being a goodie or a baddie because there are certainly things that she does throughout the series to do with her personal relationships that I think a lot of people would find questionable."

Speaking about the show, she said: "I feel 'COBRA' is as much a study of what being in positions of power does to their lives as much as it is obviously a fantastic thriller. It’s a race against time to save the country from this terrible geographical event and its consequences." 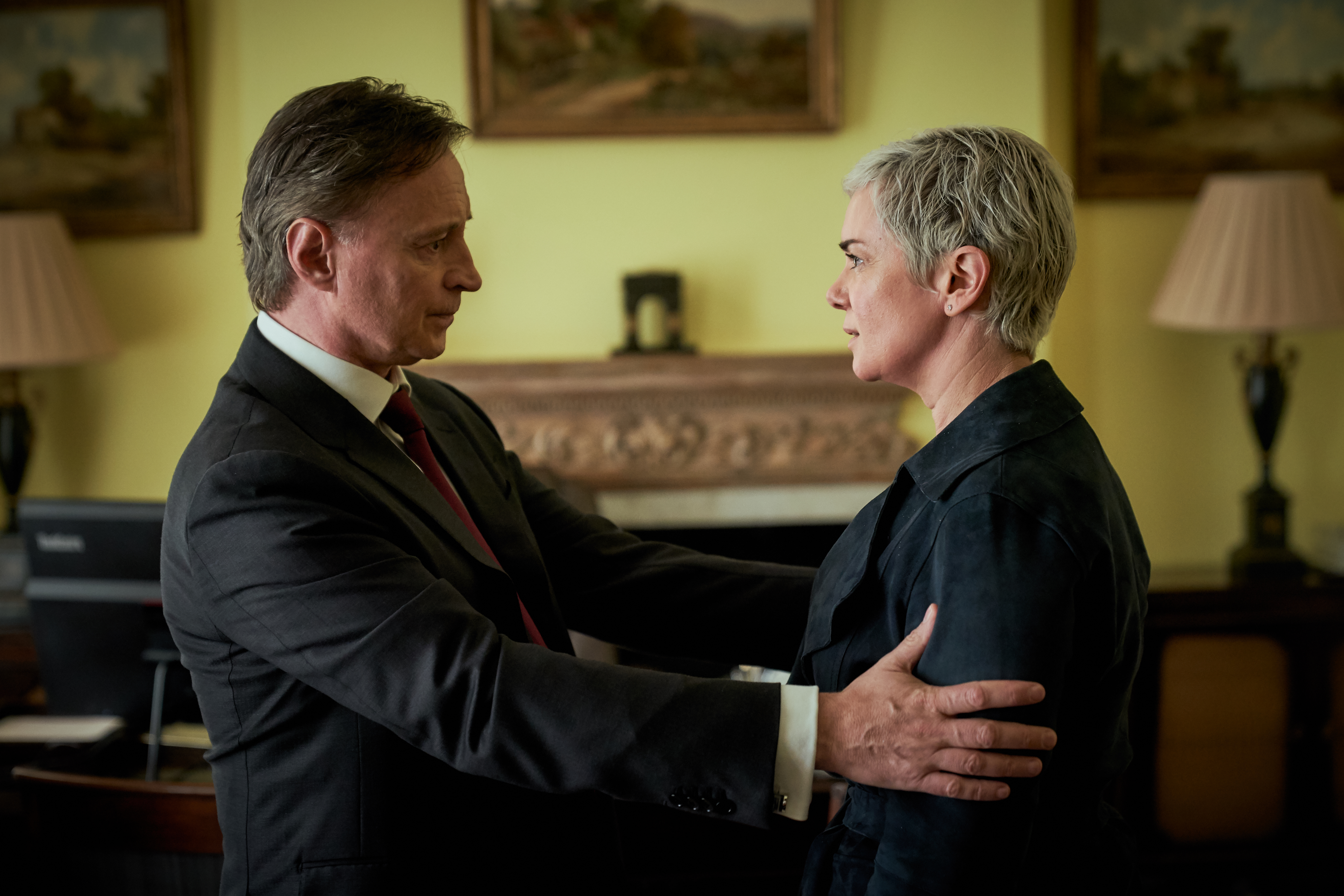 David Haig ('The Thin Blue Line', 'Downton Abbey') stars as Home Secretary Archie Glover-Morgan, an ambitious politician who is not afraid to speak his opinion. While his relationship with the Prime Minister is built on mutual respect, he wouldn't let that get in the way of his desire for more power.

Haig said of his role: "One of the interesting things about him is that ultimately he realises that when something becomes profoundly serious, he has to respond seriously to it. But I think what he wants is power, and he enjoys the battle for power. Having said that, I do think that there are moments in the series where he is forced to react seriously, and with integrity." Fraser Walker ('Game of Thrones' star Richard Dormer) is on hand as one of the nation's best crisis contingency planners. However he is undoubtedly faced with his biggest challenge yet as society as we know it is falling down around them. While his ability to overcome and tackle problems in his professional life comes as second nature, he’s not so adept in his personal life. What this show does so well is it manages to maintain a tight balance between the nail-biting drama of the outside world to the main characters personal struggles, making you invested in their fate and helping to understand their thought process more.

Overall, 'COBRA' is a well-paced political drama that not only looks good but is action-packed with great performances to boot. A guaranteed entertaining watch to fill these cold January nights.

All episodes of COBRA will be available on-demand for Sky customers from Friday, 17 January. You can also watch it at 9pm on Fridays, exclusively on Sky One from this Friday.