'Finding Joy', the RTÉ comedy written by and starring Amy Huberman, is set to return with filming already kicking off in Dublin.

The series, which was the highest-rating comedy debut of 2018 for RTÉ, followed Joy (Huberman) in the aftermath of a major breakup. She unwittily landed herself a new job as a vlogger but quickly turned it into a hit. Season 2 follows Joy as she is reborn as an independent entrepreneur, struggling to establish her online brand of finding happiness and fulfilment in everyday life.

Amy Huberman said, "I’m so excited to be starting series 2 with such a great cast and crew. It’s been a busy few months getting the scripts in shape and this week we start rolling to bring it all to life again. We really loved filming last year and are so looking forward to getting going now with season 2. Two for Joy!" 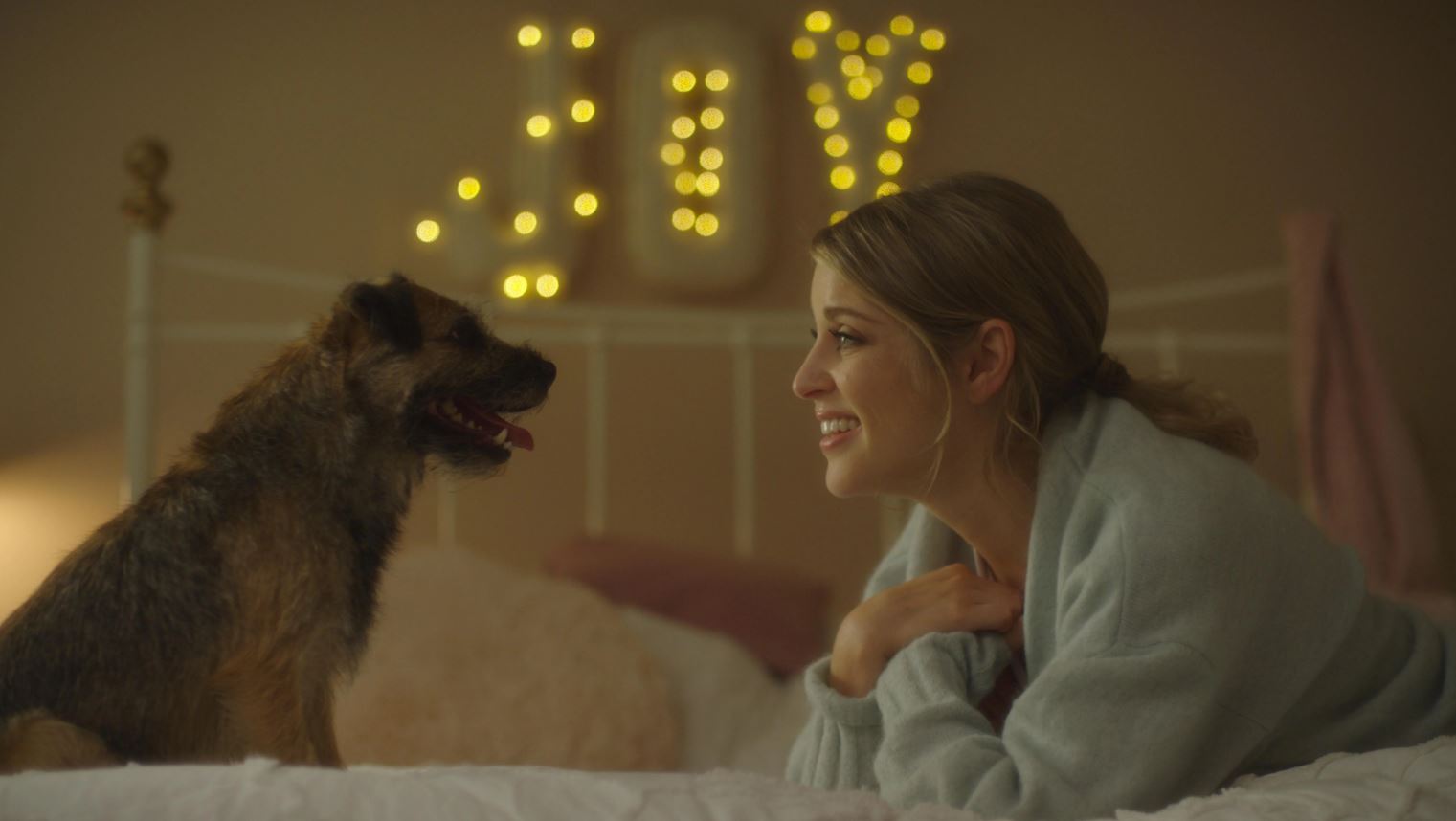 Joy with dog Aidan (there was also a man Aidan).

Series 2 also stars Kerry Howard ('Four Weddings and a Funeral'- the TV series) as new flatmate Christie, Ruth Kearney ('The Following', 'Flaked') as new assistant Emer, as well as Kyle Prior ('Hollyoaks', 'Home and Away') and Justine Mitchell ('Cheat'). Lochlann O’Mearain, Hannah James Scott and Paul Reid ('Vikings') will all be reprising their roles.

The six-part comedy series is produced by Rob Walpole and Rebecca O’Flanagan of Treasure Entertainment and directed by John Butler ('Papi Chulo', 'Handsome Devil', 'The Stag')

Shane Murphy, RTÉ Group Head of Drama and Comedy said: “We’re thrilled to be going into production again with Amy and Treasure. Investing in homegrown comedy and drama that showcase the best of Irish creative talent is a key priority for us here in RTÉ. It's another cracking set of scripts and with John Butler and Cathal Watters involved as well, we know we’re in safe hands."

'Finding Joy' season 2 will make its World Premiere in summer 2020 as an Acorn TV Original on Acorn TV, North America’s largest streaming service for television from Britain and beyond.

Its Irish premiere on RTÉ will follow after, likely next September. 'Finding Joy' will also be distributed with Acorn Media International in Australia, New Zealand and the United Kingdom.