The animation looks as mad as a bag of spiders - which can only be a good omen.

'Fantasy Ireland' will be a new outrageous, post-watershed adult comedy series brought to us by Igloo Animations. The award-winning studio has teamed up with Ciaran Morrison and Mick O'Hara (Podge and Rodge, Zig and Zag) to take a new spin on classic Irish legends in the world of today.

The 13 episode-series will see a trio of unlikely heroes - named The Shamz - fight off the greedy and power-hungry Fr. Murphy and his Leprechaun Flatley. Jaysis.

The three heroes are made up of counthry-loving Ciara, South Dublin snob Tony, and West Dublin chancer Jay. Apparently, this evil pair of "shitehawks" are hellbent on sucking the island dry of its wealth and wellbeing. Doesn't sound too dissimilar to the actual goings-on in the country, really.

But it doesn't stop there - along with the help of President Mickey D, The Shamz plot to try and get rid of Fr. Murphy, his little assistant, and all of the carnage that they're causing across the country. Expect plenty of Irishisms to feature along the trio's perilous journey in saving Ireland, with politics, Irish history, myths and monsters, and Aldi specials all given a hefty dose of irony and satire.

Each of the 13 episodes will be 11 minutes long, and will air after 11 o'clock on RTE2 Thursday nights. 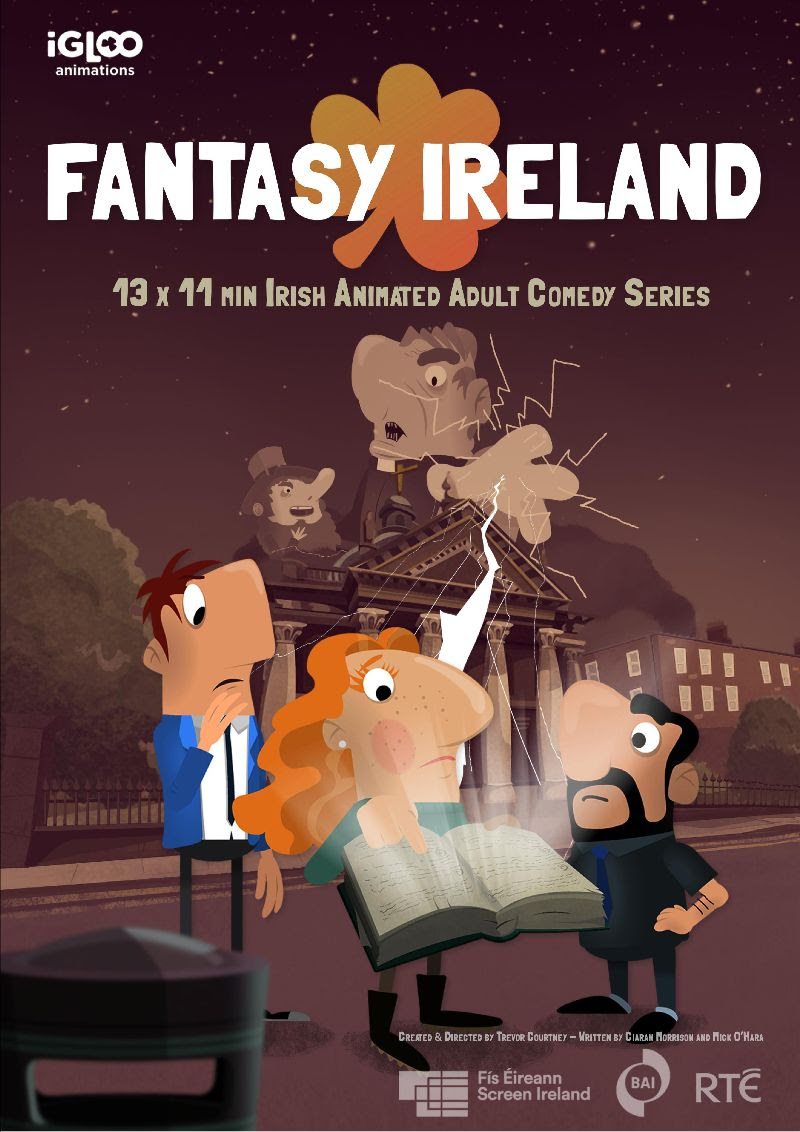 Here's are the teaser trailers for the series.

Meet Ciara - the brave up from the country hero of our new series #FantasyIreland, coming to @RTE2 from Thursday October 8 at 11:20PM! pic.twitter.com/gWTnSeOKsB

We're proud to announce our new series Fantasy Ireland is coming to @RTE2! Can the evil Father Murphy turn Ireland back to its God-fearing ways? We jaysusin' hope not!
Series starts Thursday October 8 at 11:20PM. #FantasyIreland pic.twitter.com/pI3g1l8nir