'Neighbours' is getting its first-ever spin-off

The Aussie soap has been running since 1985.

Oasis or Blur? 'Neighbours' or 'Home and Away'? These were important questions back in the day. Particular in the '90s when the Aussie soaps were at their peak over in this part of the world.

'Neighbours' is now in its 34th year on air and for the very first time has a spin-off on the way. It's called 'Neighbours: Erinsborough High' and is set to go behind the scenes of 'Neighbour''s fictitious school, kicking off by focusing on exam period and the revelations sparked following the disappearance of a student. The storyline will run in parallel with the flagship show on Australia's Channel 5.

"'Neighbours' continues to be a popular show which has brought enjoyment to audiences for many years, so it’s hugely exciting to bring its first-ever spin-off series to fans in the U.K. exclusively on My5," said Oli Thomas, VP digital lead at Channel 5.

Famous faces who got their start on the popular Aussie soap include Russell Crowe, Margot Robbie, Guy Pearce, Liam Hemsworth and of course, Kylie Minogue. 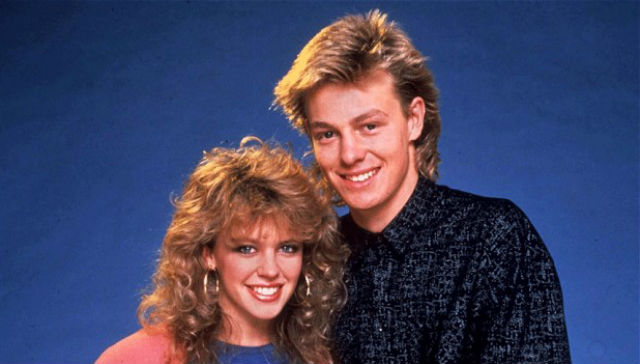 'Neighbours: Erinsborough High' will debut on the Viacom-owned U.K. streaming platform My5 across one week in November.

In Ireland, 'Neighbours' airs at 6pm weekdays on RTÉ2.

The cast of 'Zoey 101' reunited over zoom