Maisie Williams opens up about THAT 'Game of Thrones' scene

We did not see that coming

Maisie Williams has opened up about a pretty big event for her character in last night's Game of Thrones episode.

If you haven't seen it yet, obviously there'll be a spoiler here. If you saw the episode, you already know we're talking about the sex scene between Arya Stark, who Maisie Williams plays, and Gendry.

The scene sees Arya coyly ask Gendry how many women he has slept with, after which she says she wants to experience sex before possibly dying in the Battle of Winterfell. Then they do the deed (and the Twitter reactions were brilliant).

Williams told EW that she initially thought that showrunners David Benioff and Dan Weiss were pranking her.

"I got to the read-through and I’m reading the scene and thought, ‘Oh, we’re actually going to do this. When do I shoot this? I need to go to the gym.’ A whole list of things."

Benioff and Weiss let the actress decide exactly what she wanted to show.

"David and Dan were like: ‘You can show as much or as little as you want,’" Williams said. "So I kept myself pretty private. I don’t think it’s important for Arya to flash. This beat isn’t really about that. And everybody else has already done it on the show, so… "

As for the shoot itself, Williams said:

"Then [the scene] was rushed. We were [directed by] David Nutter, who has a habit of speaking fast anyway. By the end we’re rushing to finish the scene and David is going, ‘Okay, you’re going to come in and do this and do that and, great, take your top off’ — and then walked off. And I’m like … ’Okay. Let’s do it.’" 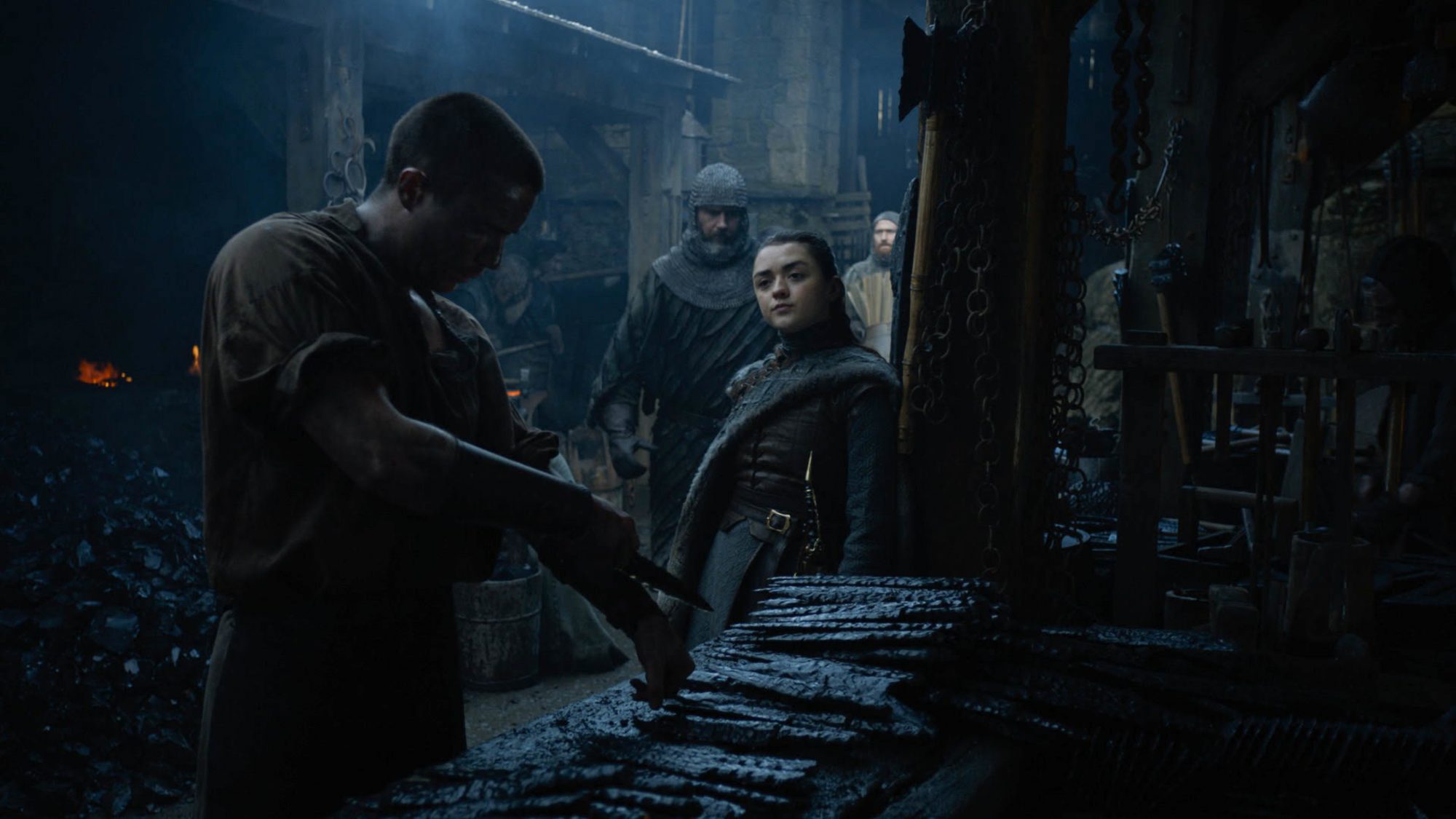 Joe Dempsie, who plays Gendry, said:
"It’s obviously slightly strange for me because I’ve known Maisie since she was 11, 12 years old. At the same time, I don’t want to be patronizing toward Maisie — she’s a 20-year-old woman. So we just had a lot of fun with it."
Maisie Williams also talked about the emotional significance of the scene for Arya.

"It was really interesting because it’s a very human relationship for Arya,” Williams says. “This is something she’s stayed away from, an emotion we’ve never really seen her engage with. David and Dan were like, ‘It’s the end of the world, what else would you have her do?’ This may be is a moment where Arya accepts death tomorrow, which she never does — ‘Not Today.’"

She continued: "So it was that moment where she says, ‘We’re probably going to die tomorrow, I want to know what this feels like before that happens.’ It’s interesting to see Arya be a bit more human, speak more normally about things people are scared of." 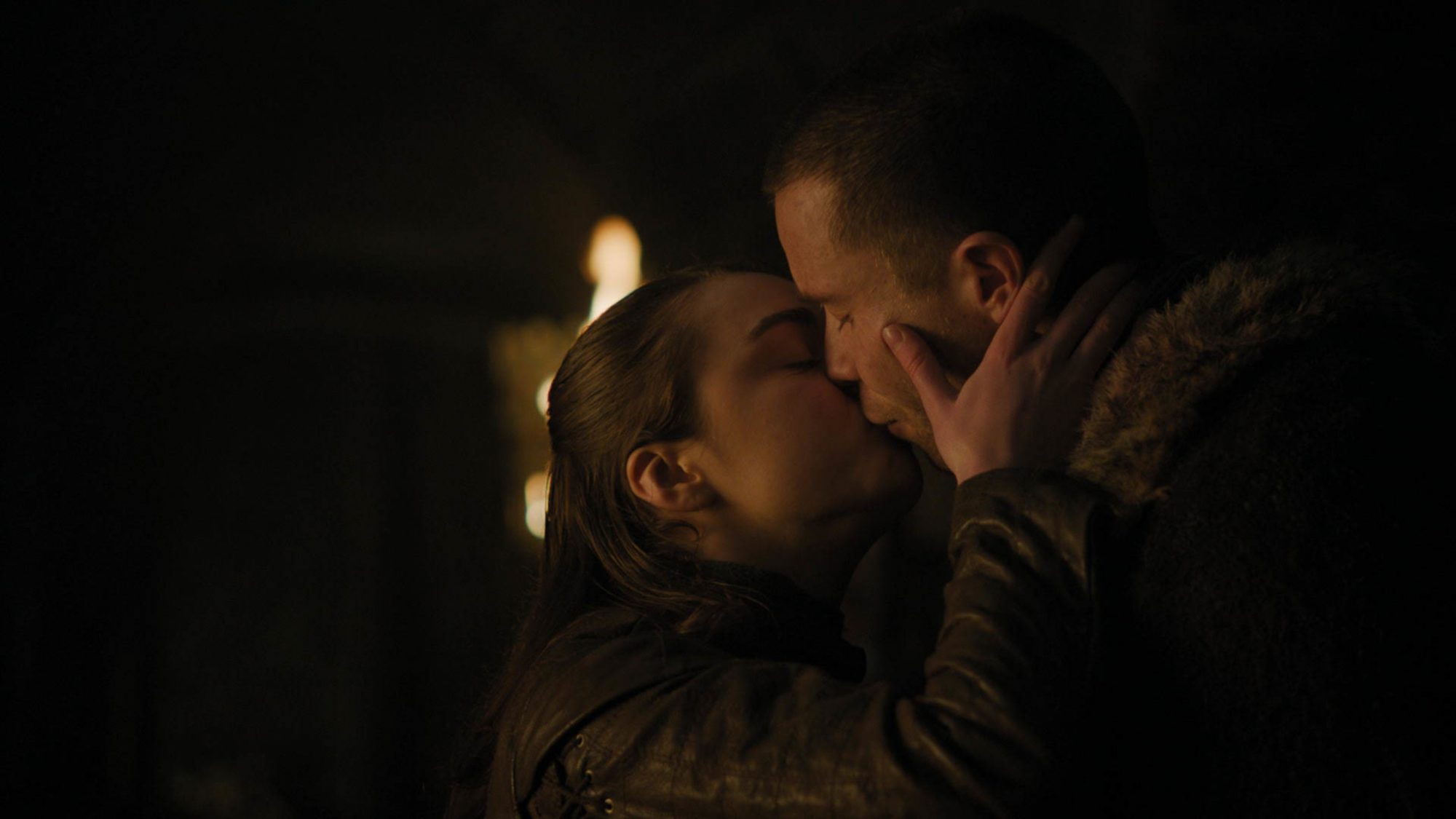