'Love Island': Someone called Maura from Longford is on the way into the villa

Forget Sherif leaving, this is the biggest bombshell 'Love Island' has dropped this week. Two new ladies are on their way into the villa and one of them is a Longford woman no less, called Maura Higgins.

28-year-old Maura is a model and a grid girl - who are those fancy ladies you see around the Formula 1 track.

There she is now. 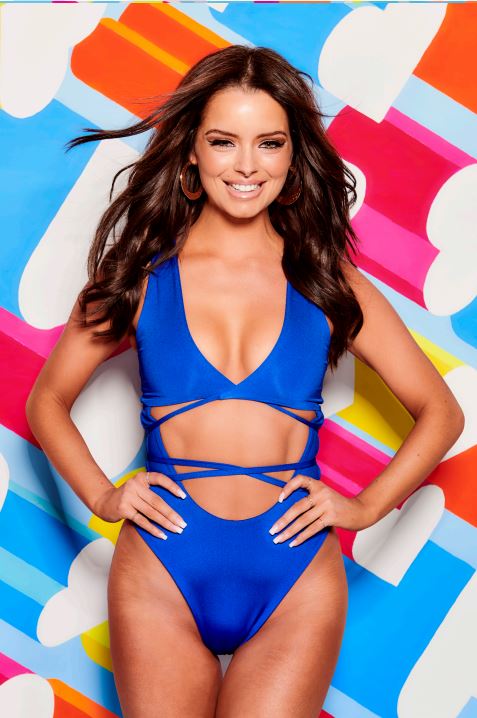 Here's everything we know about Maura:

I’m outgoing and I really am looking to find love. I’m a relationship type of girl. I hate being single. I was in a nine-year relationship that finished a few years ago. Then I was with another guy, we broke up last year sometime, then we got back together but the trust was gone and it’s not going to come back. It ended quite recently. As the trust is just gone, for me, there is no going back.

My worst would be that I talk over people… a lot! I even notice myself doing it. I’m not a good cook. I’m also quite critical of myself. But I would say I’m a really good girlfriend, I’m very honest and I’m caring.

I’d say a seven? I’d say my eyes are my best feature, only because that’s the compliment I get the most!

What’s your idea of the perfect guy?

I would go for personality more than anything. I would definitely look for someone who is really honest and a very confident guy, but not arrogant and definitely someone who makes me laugh. They have to have banter, without a doubt.

Who is your celebrity crush?

Chris Hemsworth! I love him.

What song sums up your love life?

I’d probably say Bryan Adams ‘I’m Ready’. I love that song, I want it played at my wedding, whenever I get married… if I get married!

I’ve never been on a dating app. I haven’t really been single much but I would probably meet someone on a night out. I don’t really meet people over social media. I’ve had people slides in to my DMs but I just ignore it!

If there was zero conversation or if I felt awkward. I like someone to chat and have the craic and have some banter and something about them. I would hate it if someone was just really quiet and making me do all the talking.

What’s an immediate turn off for you in a guy?

Arrogance and someone who acts different around their friends. I can’t bear that!

How far are you prepared to go in the villa to get the guy you want?

I’d go extreme. It can obviously be hard because you could be really close with one of the girls but you’re in there to find love at the end of the day.

If I’m in a relationship with someone, I’m loyal. That’s it. I’ve never cheated. I’ve been cheated on. I will trust someone until they do something wrong to me, I’m very much like that. What’s your definition of girl code? I think if you’ve put a label on something, boyfriend and girlfriend, then you just don’t go there. If there is a girl and a guy in there and they’ve put a label on it, I would never go there and I would hope that no one would do it to me.

Through my modelling work, I’ve worked with athletes and people who’ve been in the public eye. I did a visual shoot for Liam Payne as well.

Joining Maura will be 26-year-old Elma Pazar who is an eyelash technician from Essex. 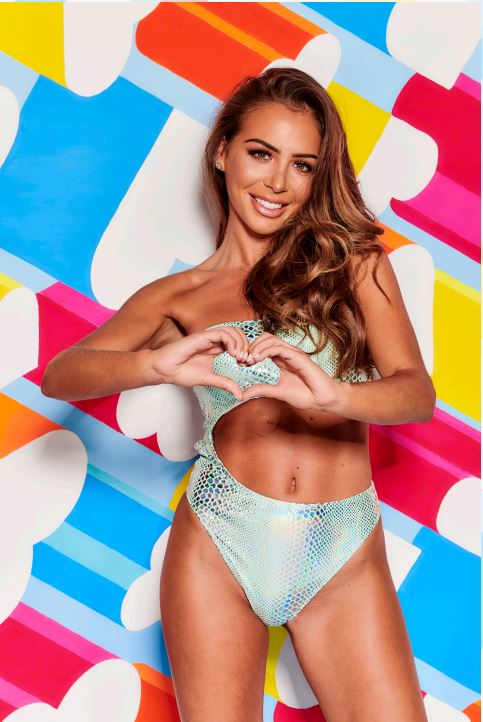 Here's what we know about Elma:

I think I’m an all rounder, so I think I’d be an easy person to get on with in the villa.

I’m really caring, I’m a big ball of energy and I’m a laugh. I don’t take anything too seriously. I’m really loud, which people might see as irritating or annoying, and I have quite a distinctive voice. I can’t listen to myself back on a video.

I think I’m a solid seven in looks and my best feature is either my ears or my smile. My ear lobes are in a perfect position for a nice pair of earrings.

What’s your idea of the perfect guy?

If I could get Jack Fowler and Jack Fincham and merge them into one person, that would be my perfect guy. The mix of both; I like the personality of them both. They are both quite funny. Jack Fowler had a great energy, which I’d bounce off really well. They’re both a good height, they have nice eyes, and broad shoulders. Jack’s got the dad bod, and I’m into that.

Who is your celebrity crush?

What song sums up your love life?

I’m not on any dating apps but all my relationships come from Instagram, people sliding into my DMs. I’m a girlfriend girl. I’m not into seeing loads of people.

I met a guy on social media, and we went on a date to Winter Wonderland a few years ago. I didn’t fancy him. It was awful. I just said I was tired, and had a headache. We left after about ten minutes.

What’s an immediate turn off for you in a guy?

Hygiene. If someone doesn’t smell nice, I’m not going to go near them.

How far are you prepared to go in the villa to get the guy you want?

I’m a girls’ girl so I don’t want to tread on toes but it is part of the show. It’s kind of every person for themselves. At the moment I like Danny, who has just gone in. He’s pleasing to the eye. Tommy is nice too, but he’s quite young. His head gets turned a lot.

Which of the girls do you think you’ll get on with?

I think I’d get on with Yewande. She’s a scientist and my brother studies physics. I’m an all rounder though. You could put me in any social group and I’ll always get on with people.

Well, if I’m in a relationship I’m loyal, but if I’m just coupled up with someone and I’m not 100% feeling it, I’m not putting all my eggs into one basket as that’s not the point of it. You’re not being true to yourself. I’ve not cheated, but have been cheated on. It hasn’t affected me. If someone’s going to cheat, they will cheat regardless. I hated the guy at the time but it made me who I am so I’m not fussed by it.

What’s your definition of girl code?

If you’re pals with someone, and you know they have a fella, stay away from them. Girl code is common sense. What you don’t like being done to you, you wouldn’t do to someone else.

I’ve done eyelashes for some of the girls from TOWIE.

See more from the girls on tomorrow night's 'Love Island' at 9pm on Virgin Media Two.

Here are this year's 'Bake Off' contestants