"A lot of people aren’t there for the right reasons"

Sadly one unlucky lady was left packing her bags in 'Love Island' tonight after a recoupling which saw the boys choose which girl they wanted to couple up with.

We unfortunately lost one of our two Irish representatives in the house as Yewande had to say her goodbyes. She was coupled up with Danny for the last two weeks but the arrival of new girl Arabella rocked their already fragile relationship, leaving Danny to choose between the two ladies.

It was Arabella who ultimately won the heart of Danny and so Yewande's time in the villa is up. Check out her exit interview below where she reveals who she thinks are the "only two genuine couples" in the villa and who she thinks can go the distance. 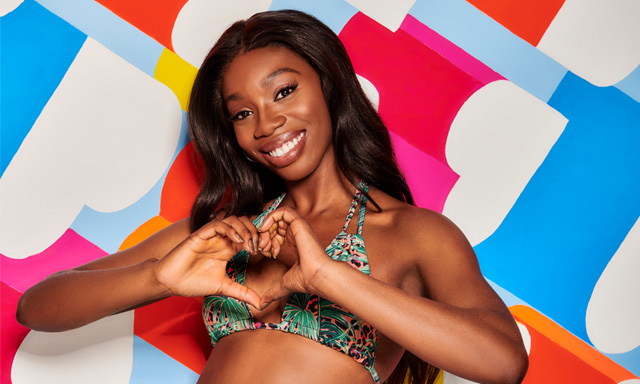 It was a rollercoaster of emotions, up and down. I learnt so much about myself. I made amazing friends and I wouldn’t change anything. The biggest thing I learnt about myself was that I can open up romantically and I can show a little bit of affection, which is something I struggled with in the past.

If you had your time again would you have coupled up with Danny as you did?

I think I would have because Danny was the only person that I had a connection with in the villa. At that time I couldn’t see myself with anybody else. 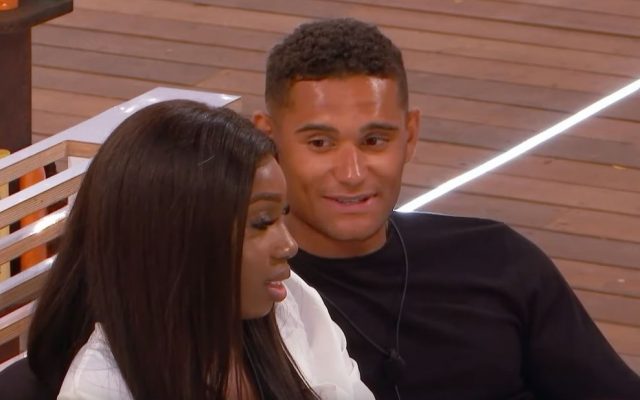 Who would you say you were closest to?

Amber and Anna. I started the journey with them and I think we clicked straight away.

I think there are a couple of people in there playing a game – a lot of people aren’t there for the right reasons. I’d probably say there are only two genuine couples. Michael and Amber and Curtis and Amy.

The most challenging aspect is throwing yourself into an environment that you don’t know. Every day is different, different personalities and characters, and you’re always guessing what is going to happen.

Michael and Amber. I love the way it started because the minute I walked in and coupled up with Michael, he said ‘there’s something about Amber that I love so much.’ I was friends with Amber and she was like ‘he’s not my type.’ Gradually you could see her getting nervous around him. The way it’s developed is so organic, which is the way it normally happens on the outside. It’s so magical to watch it happen. 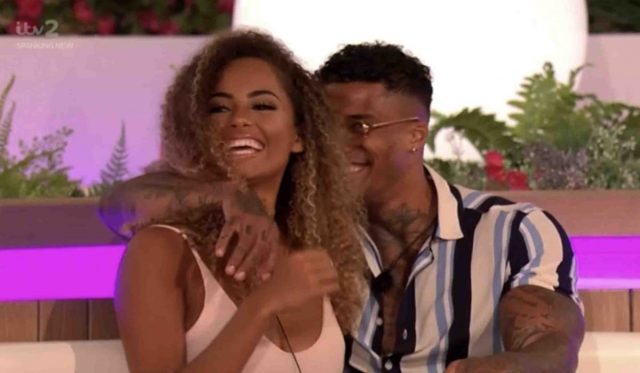 Given the chance, 100% I would go back. I feel like I haven’t finished my journey. It came to an end quite abruptly. I would love the chance to find someone that I feel is genuine. Also just continue the friendships I have made.

How did you feel going in at the start of the series and initially struggling to find a match?

Going in at the beginning is a little bit easier because you’re on a journey with five other girls and five other boys who are nervous and excited, and I wasn’t the only one in a friendship couple. At the start there were a lot of friendship couples. No one knew who they wanted to be with and a lot of people were struggling so you were never alone. I’m very happy that I came in first.

Do you believe Danny and Arabella have a future?

Maybe. A bombshell coming in, it’s very hard and it’s difficult to know their intentions. I hate it when a bombshell comes in saying ‘I want to get to know everyone’, because that is a lie. You know who you’re going for. She knew she wanted Danny. I feel like if he does get to know her, it’s not going to work. There are so many factors – they’re so different, and the age gap. You have to be realistic. He’s just starting his life – he’s only 21. They are in two different phases of their lives. In the villa, it’s very easy to forget.