Want to get a head start on 'Love Island'? Here are all their Instagrams

'Love Island' is big business, both for ITV and for contestants and brands, who all stand to make big money off endorsements once the Islanders leave the villa.

In fact, it's long been accepted that 'Love Island' contestants are selected based on their social media profiles, mainly Instagram. And it's been proven year after year that this is how they make the money roll in as follower numbers climb during and after the show's run.

With that in mind, we thought we'd give you a rundown of each of the first 12 Islander's Instagram profiles, with pre-launch follower counts and a selection of posts that highlight just why they were chosen. 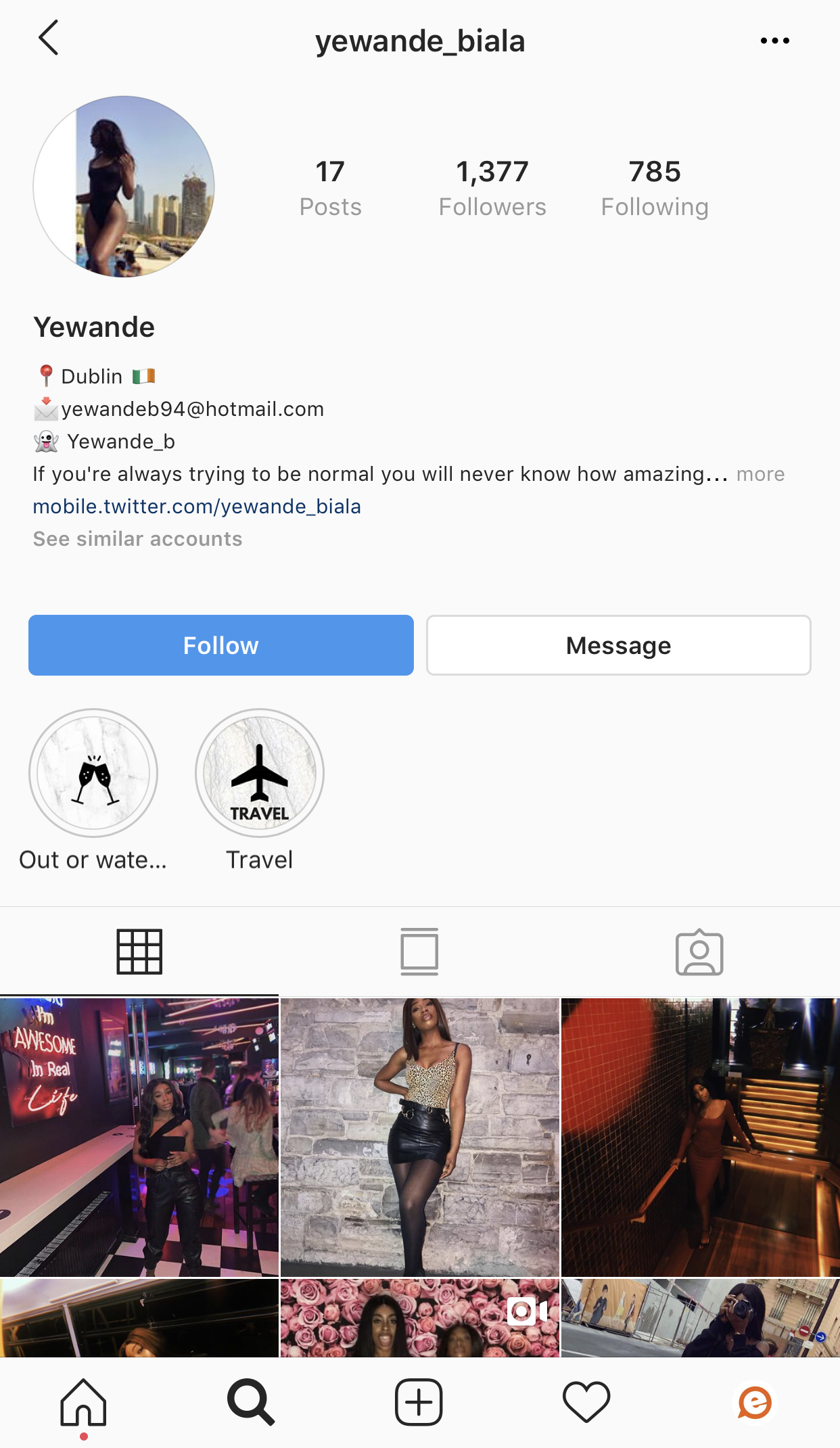 Yewande, who's already our favourite just by being from Dublin (please don't make us regret this, Yewande), had just under 1,400 followers before she was announced as a 'Love Island' contestant.

You can find her @yewande_biala.

Here she is somehow making the print on a Dublin Bus seat look good.

Don’t say that you miss me, just come get me 💫 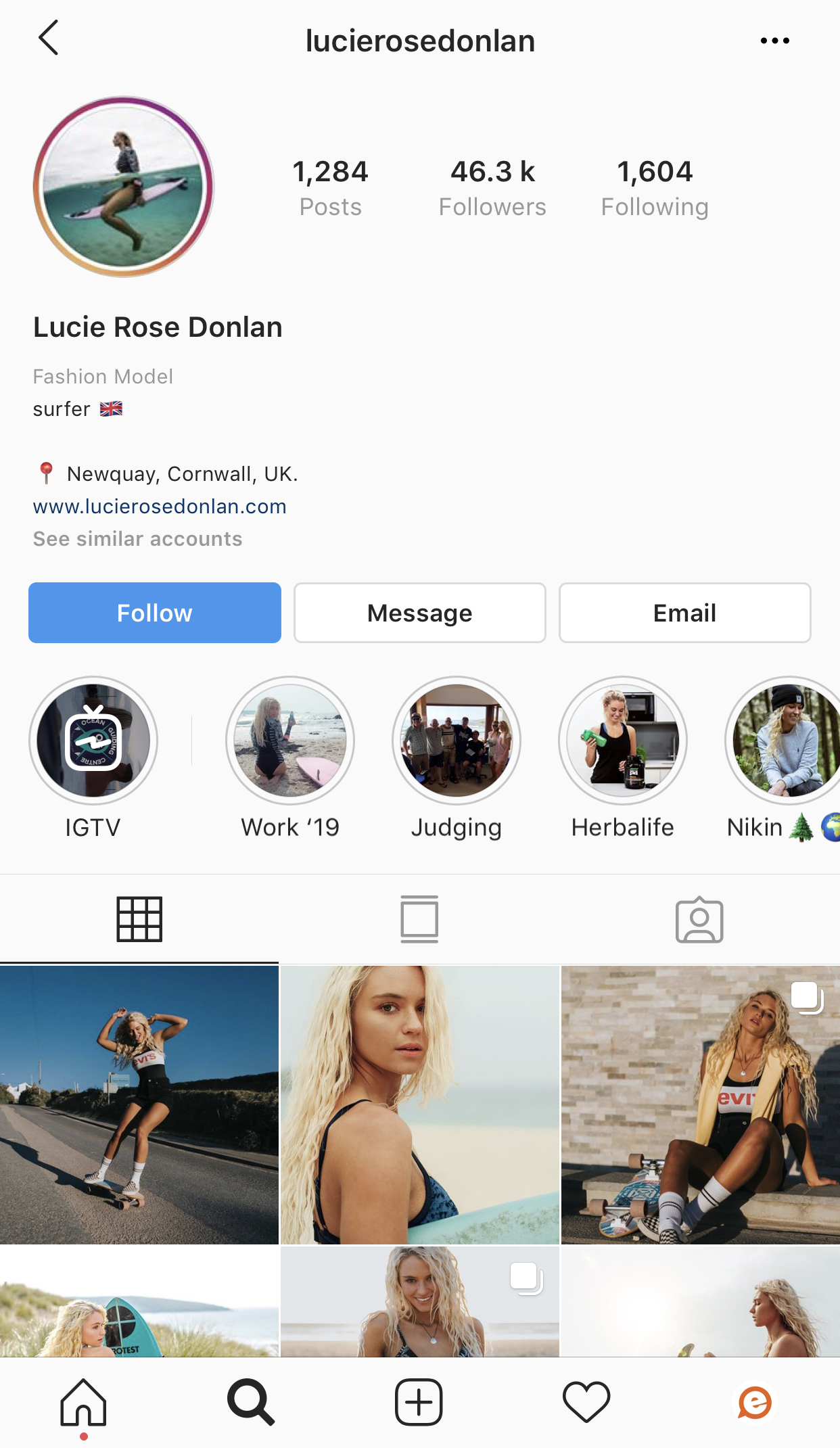 Lucie, 21, is a surfer from Newquay. She was pretty popular on Instagram even before joining 'Love Island' with over 46,000 followers. It's increased by another 10k (at the time of writing) since the announcement.

You can find her @lucierosedonlan.

‘Perfume is a personal magic. It is a first impression and a lasting recollection’ - Introducing Padstow Rocks, the amazing new scent created lovingly by @bykathrynltd . Fresh & fragrant, invigorated by the cool sea air and warmed with woody notes from sheltered coves this is a statement perfume for the modern, strong and sassy woman. I love to wear a fragrance that really stands for who I am and proves that women who love action sports can still express their femininity! 🏄‍♀️🌬✨ @bykathrynltd #perfume #bykathrynltd #padstowrocks #sportygirls #surfergirl #beachbabe #cornwall #localgirl #cornish #actionsports #scent Photos by : @lizzie_churchill Board : @sea___sisters / @sea_and_sons Bikini top : @protestwomen 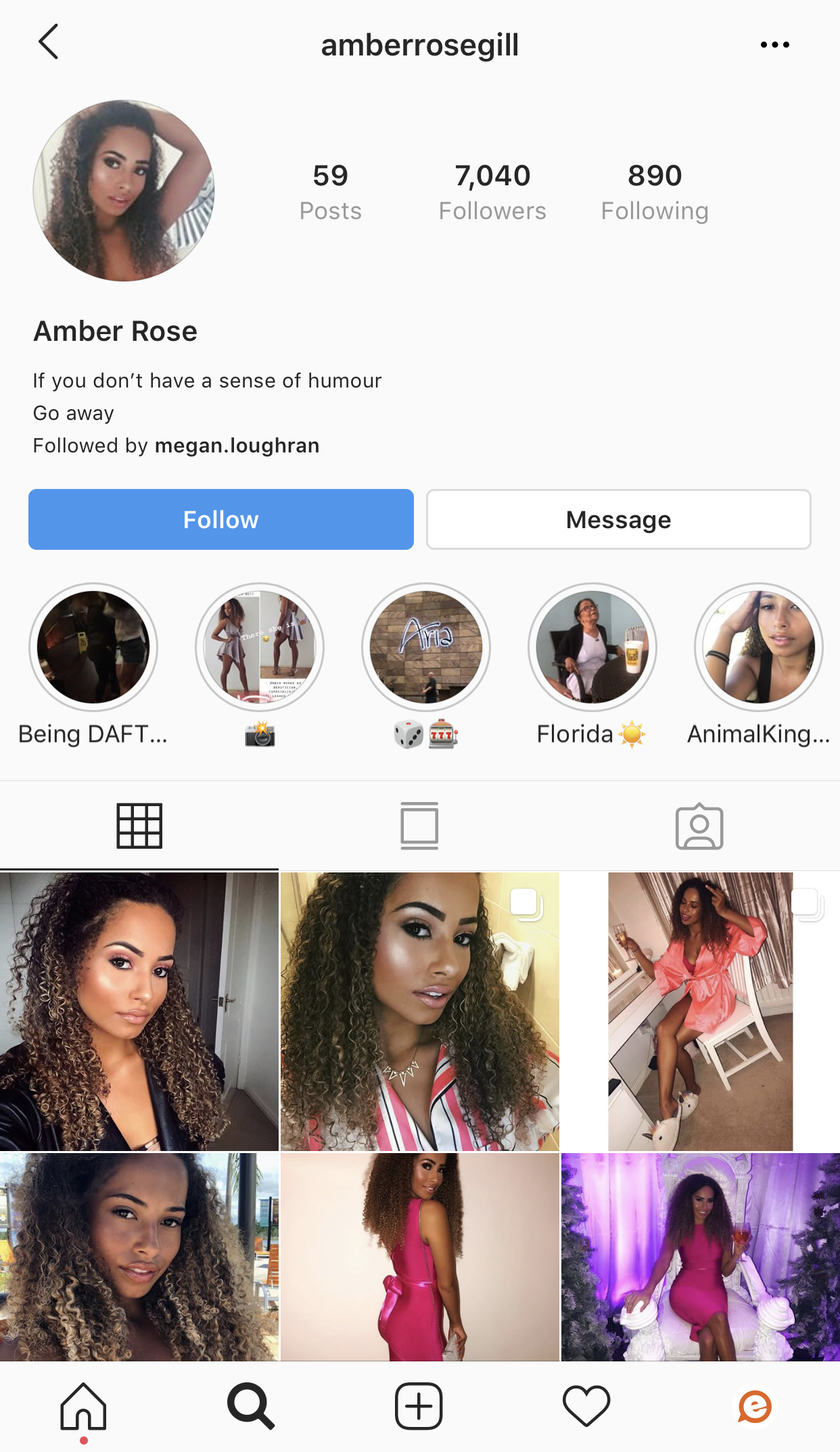 Amber, 21, is a beauty therapist from Newcastle. She loves Tom Hardy and dogs - because what sane person doesn't??

Her 7000 followers have grown to a whopping 35k (at the time of writing) since the 'Love Island' announcement.

Operation: Move to my Miami☀️ 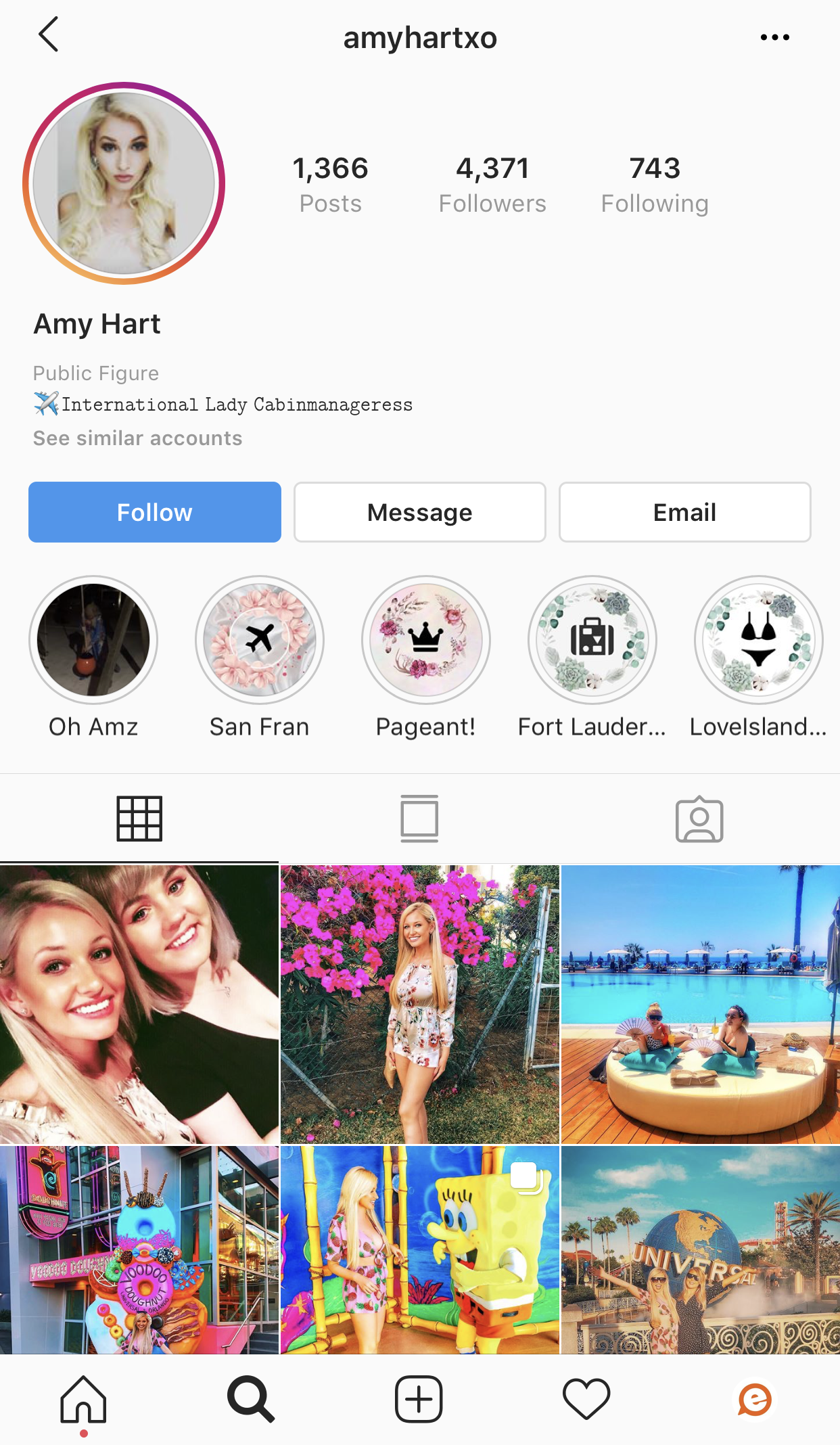 An air hostess/cabin crew manager from Worthing, Sussex, Amy is 26 and describes her love life as the song 'Tragedy' by Steps.

In a recent post, she says goodbye (forever?) to the life of flight.

Sometimes goodbye, though it hurts, in your heart is the only way to make way for destiny.....Doors to manual and cross check for the very. Last. Time. 😬 yes after 8 years of causing havoc, hosting parties at 35,000 feet, channeling my inner Elton, writing hits such as ‘dead on the jumpseat’ and ‘five years gold’, rolling out the Amz experience worldwide and being the queen of the party bag, I’m reluctantly hanging up my wings to start a new adventure. Opportunities like this don’t come round every day and they’ll always need people to fly planes so, perhaps it’s not goodbye and just ‘til we meet again’. All I can say to my Gatwick guys and girls is thank you. Thank you for the laughs, the tears, the deep and meaningfuls at 3am and for being my family for the last 8 years. I love you all dearly and will miss you all. It truly is the best job in the world. Stick together, look after each other and fly safe. Lady Cabinmanageress Hart over and out. 2011-2019 💖💖 GATWICK TIL I DIE 💖💖 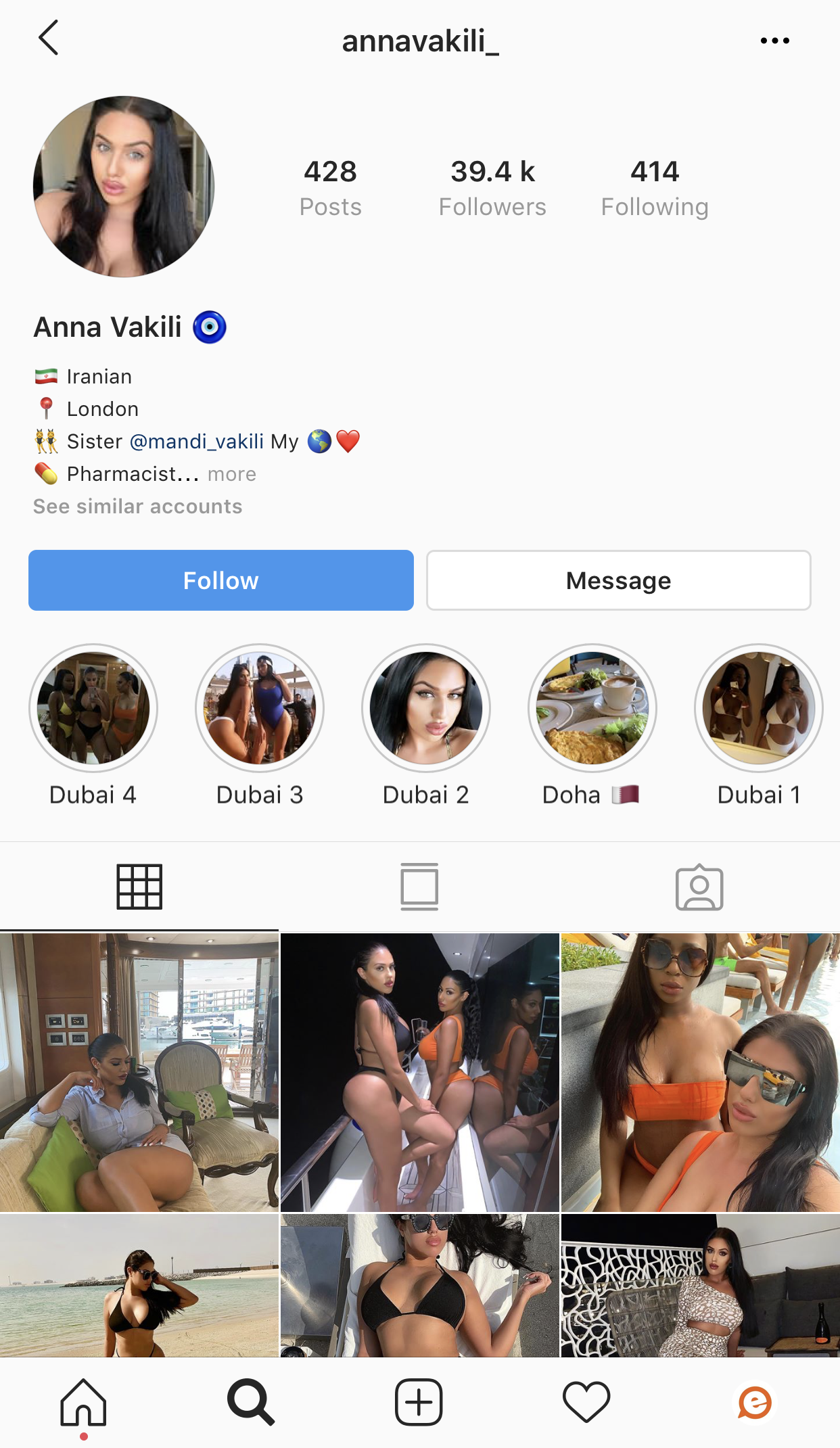 Practically an elderly resident (by 'Love Island's standards anyway), Anna is a 28yo pharmacist.

She was pretty popular on Instagram already with over 39k followers before joining the reality series.

But the most beautiful things in life are not things. They’re people and places, memories and pictures. They’re feelings and moments and smiles and laughter. 🥰 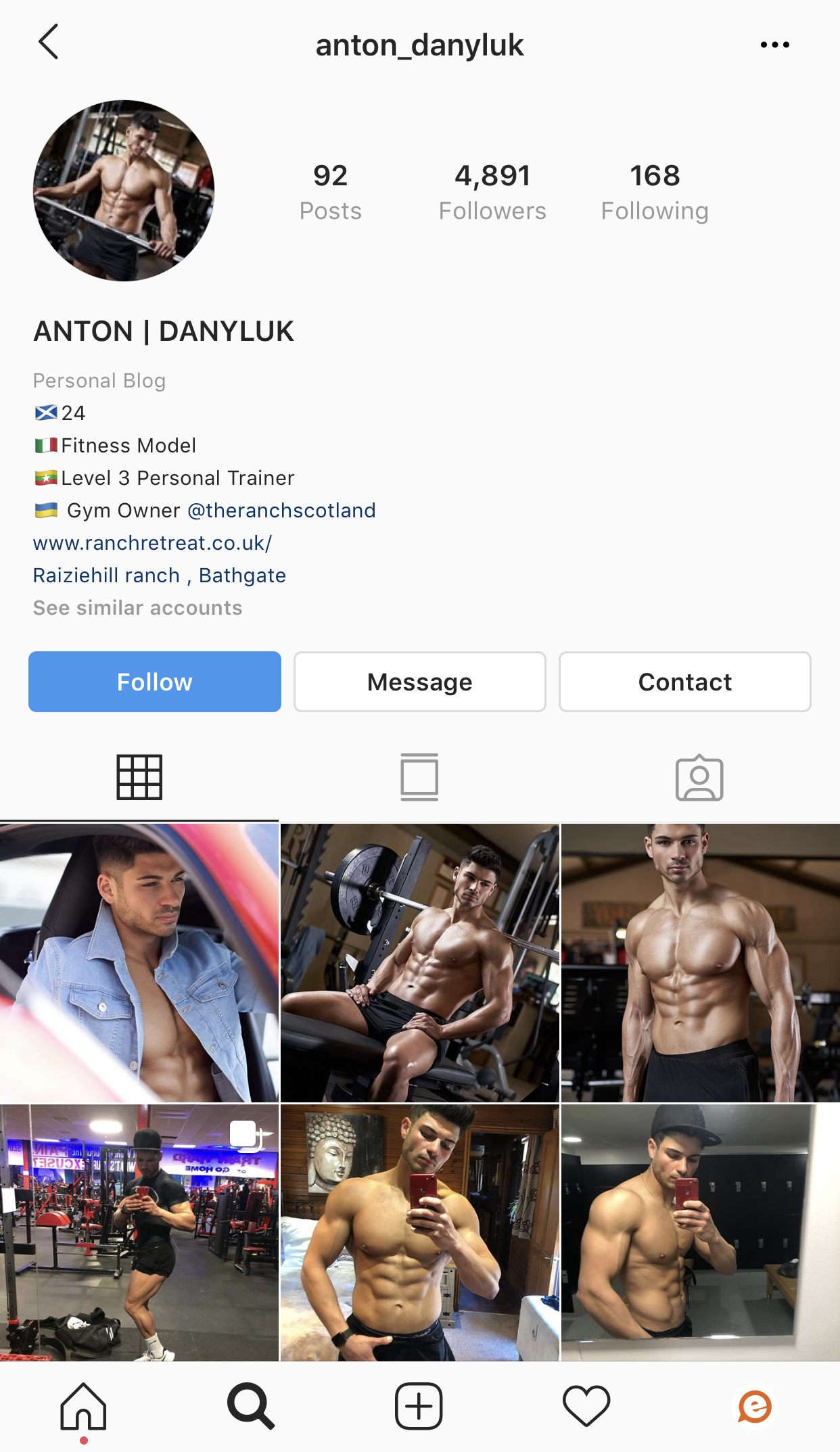 Anton Danyluk is a fitness model and gym owner with just under 5k followers before joining 'Love Island.'

Be warned if you're looking for the real deal - his profile is "run by friends" according to the bio.

Look in the mirror, that’s your only competition 💪🏻#howbaddoyouwantit 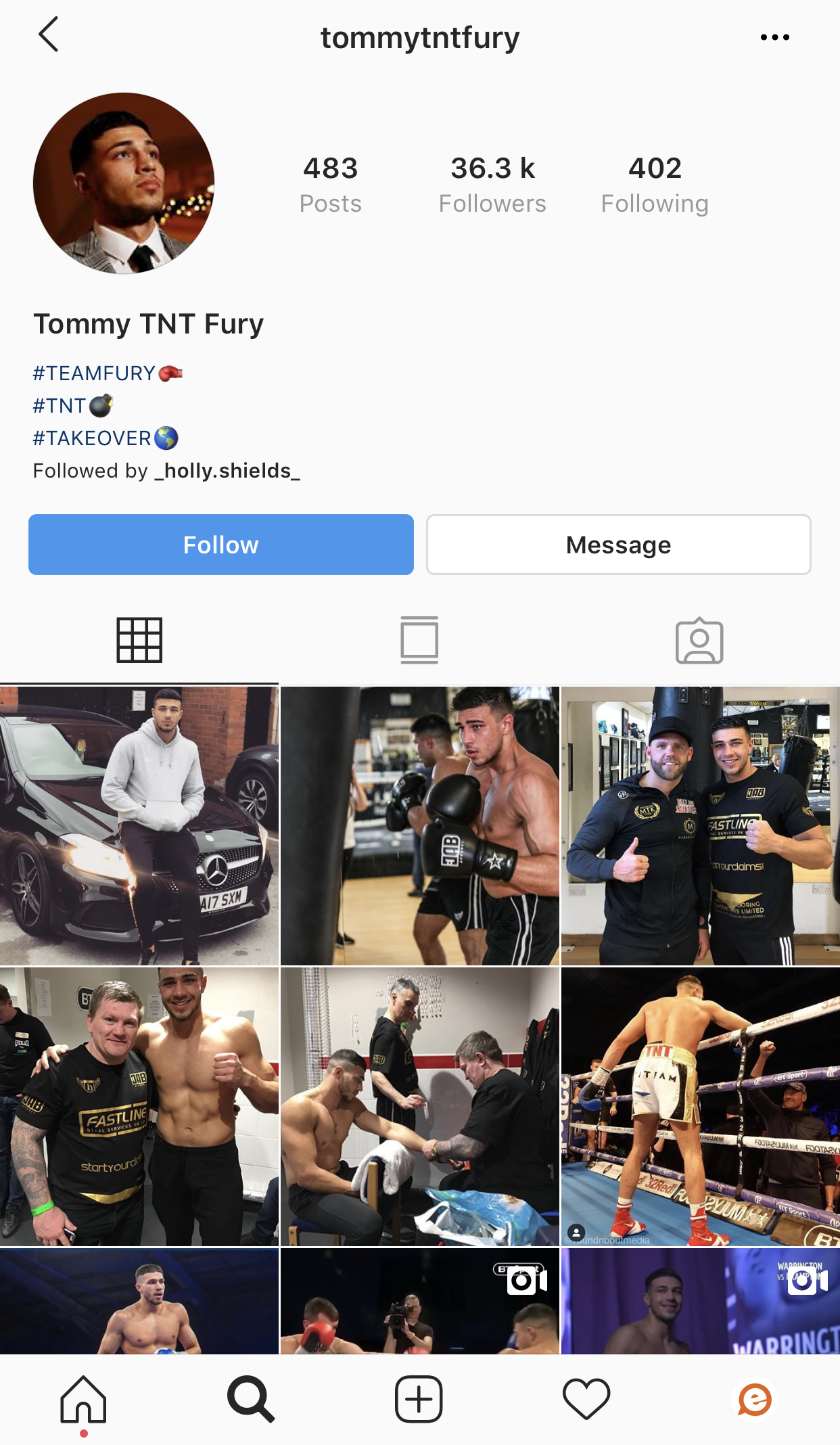 You can follow @tommytntfury among now 75k others (up from 36k since the announcement) now.

The Manchester boxer is managed by Off Limits Entertainment. 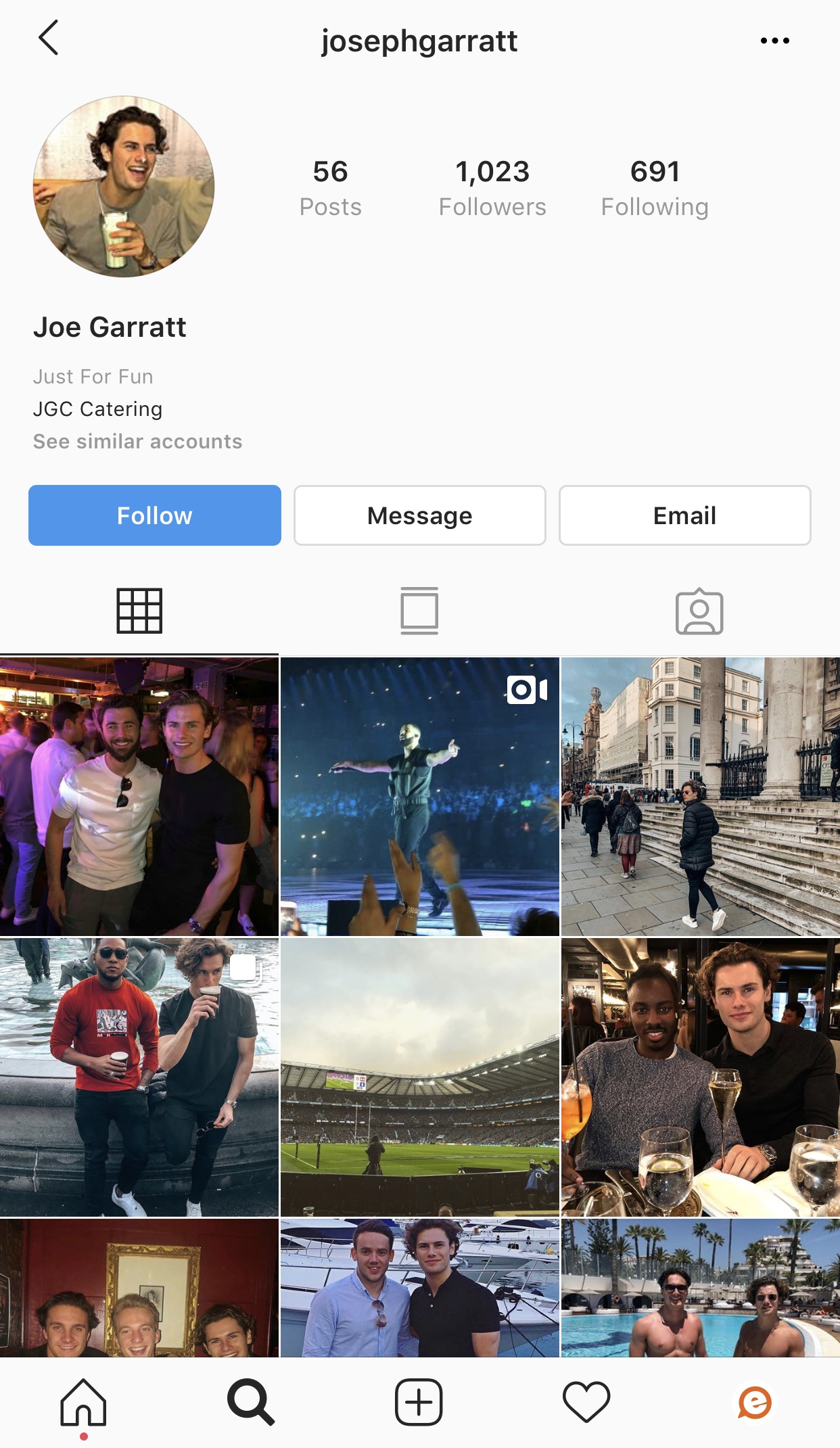 Referring to himself as ‘The Sandwich Man’ in his bio (we guess that could have some significance on the show?), Joseph or Joe Garratt had a relatively minor 1000 followers on Instagram before the 'Love Island' announcement. 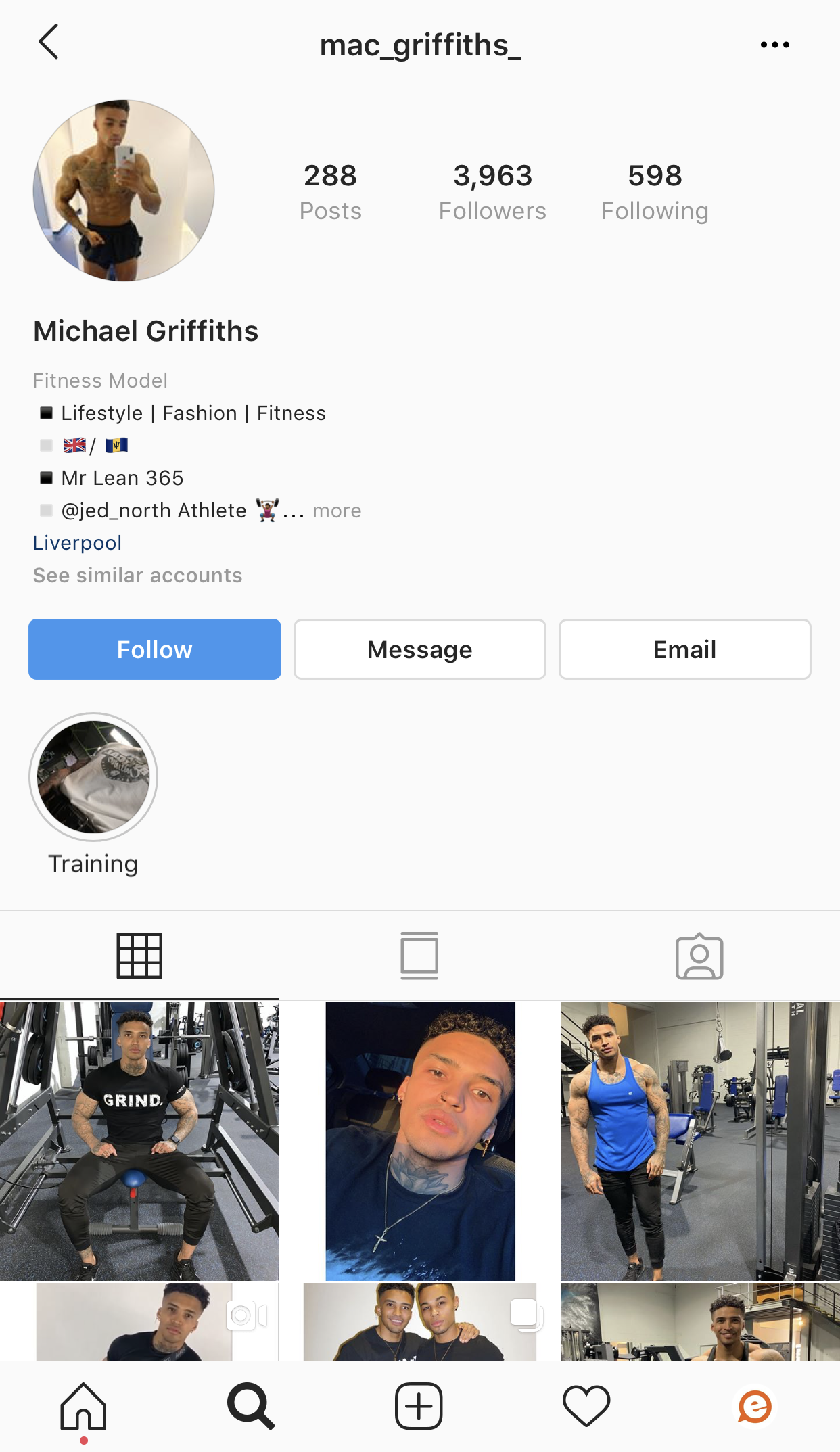 Try not to get hot and bothered by this: Michael Griffiths is a firefighter from Liverpool.

Griffiths had just under 4000 followers before being joining as a 'Love Island' contestant.

I can’t deal with this weather get me back in the sun where I perfected the rubbing moisturiser into my hands look 👏🏾🏝 . . . . #bodybuilding #ukbodybuilding #mensphysique #letsgetit #teamppc #selfmade 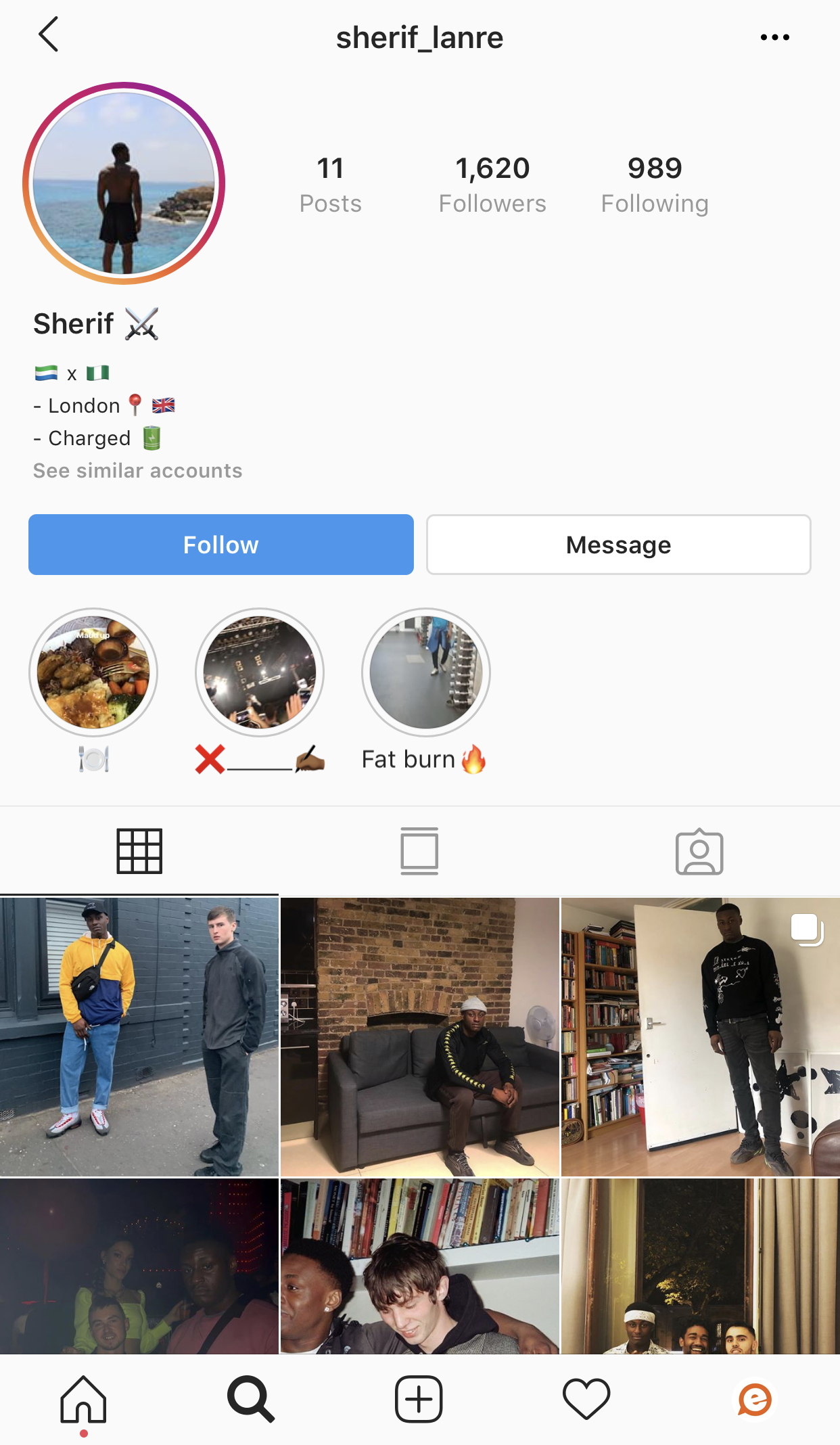 Sherif, 20, is a chef and semi-pro rugby player from London. He's been pretty quiet on Instagram with just 1620 followers and 14 posts. And he seems to make avoiding social media a general rule as he has no Twitter either.

But we've a feeling that starring on 'Love Island' is going to change all that. 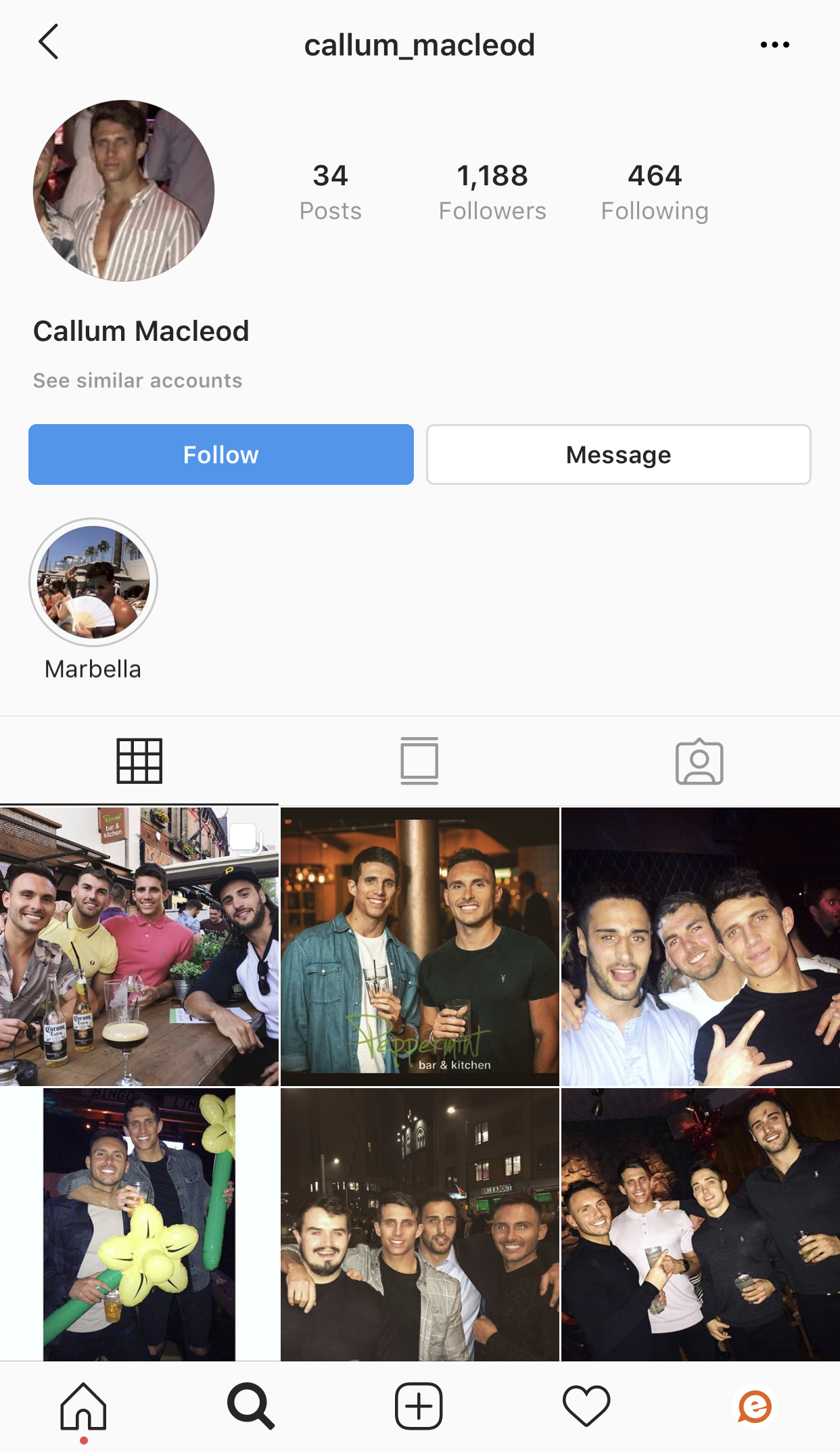 Another relatively quiet social media user is Callum, with only 1200 followers and 34 Instagram posts. That is before 'Love Island' announced him as a contestant.

You can find him @callum_macleod 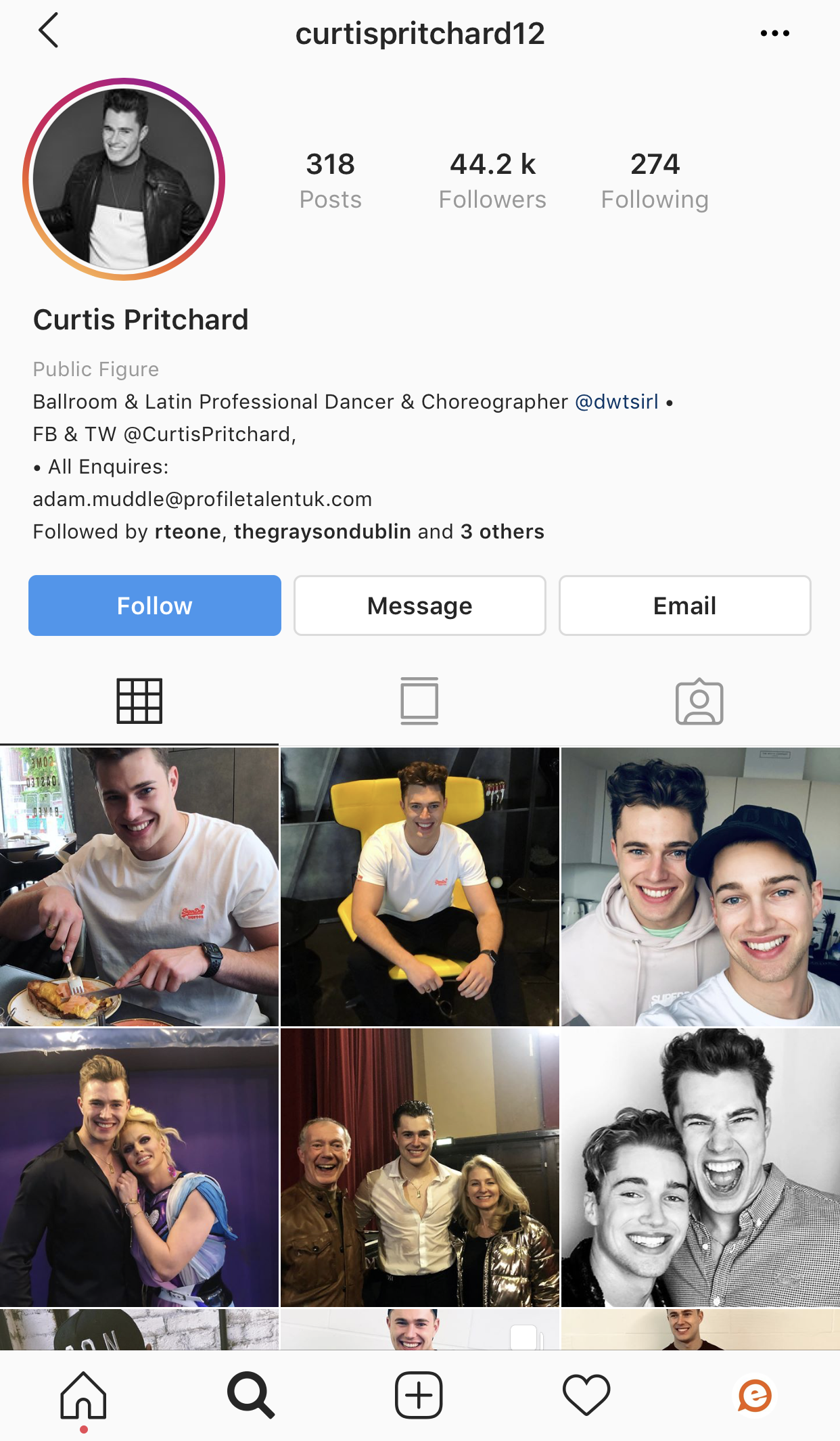 Ballroom and Latin dancer and choreographer Curtis Pritchard should also prove a favourite with Irish audiences.

Curtis was one of the professional dancers of 'Dancing with the Stars Ireland'. Unfortunately, he was unable to join this year's line-up because, after being attacked, he had to undergo emergency knee surgery and wasn't recovered on time to join the show. He would have been partnered with Holly Carpenter.

I’m absolutely over the moon to be partnered with @hollycarpenter in the season of @dwtsirl on @rteone . Unfortunately we won’t be dancing the night away togeather just yet.... but I know you are going to be incredibly on you first live show 🤩. May the luck of the Irish ☘️ be with you. #goodluck #showday #breakaleg