'The Handmaid's Tale' moved location for its sixth episode in season 3 as the Waterford household headed to Washington to meet with Swiss representatives about baby Nichole's return to Gilead. It was a much-needed change of scenery for a show that has spent most of its time in one household. It also served as a stark reminder of the extent of Gilead's power as well as an excellent backdrop to some pivotal moments in the show.

A significant episode that we are proud to say was left in the hands of Irish director Dearbhla Walsh. This was Dearbhla's first episode of 'The Handmaid's Tale' but she has worked extensively across both TV and film for years, winning an Emmy for Outstanding Directing in 2009 for her work on 'Little Dorrit'. Most recently, she was the first woman to direct an episode of 'Fargo', and has also worked on 'Penny Dreadful' and Netflix's 'The Punisher'. 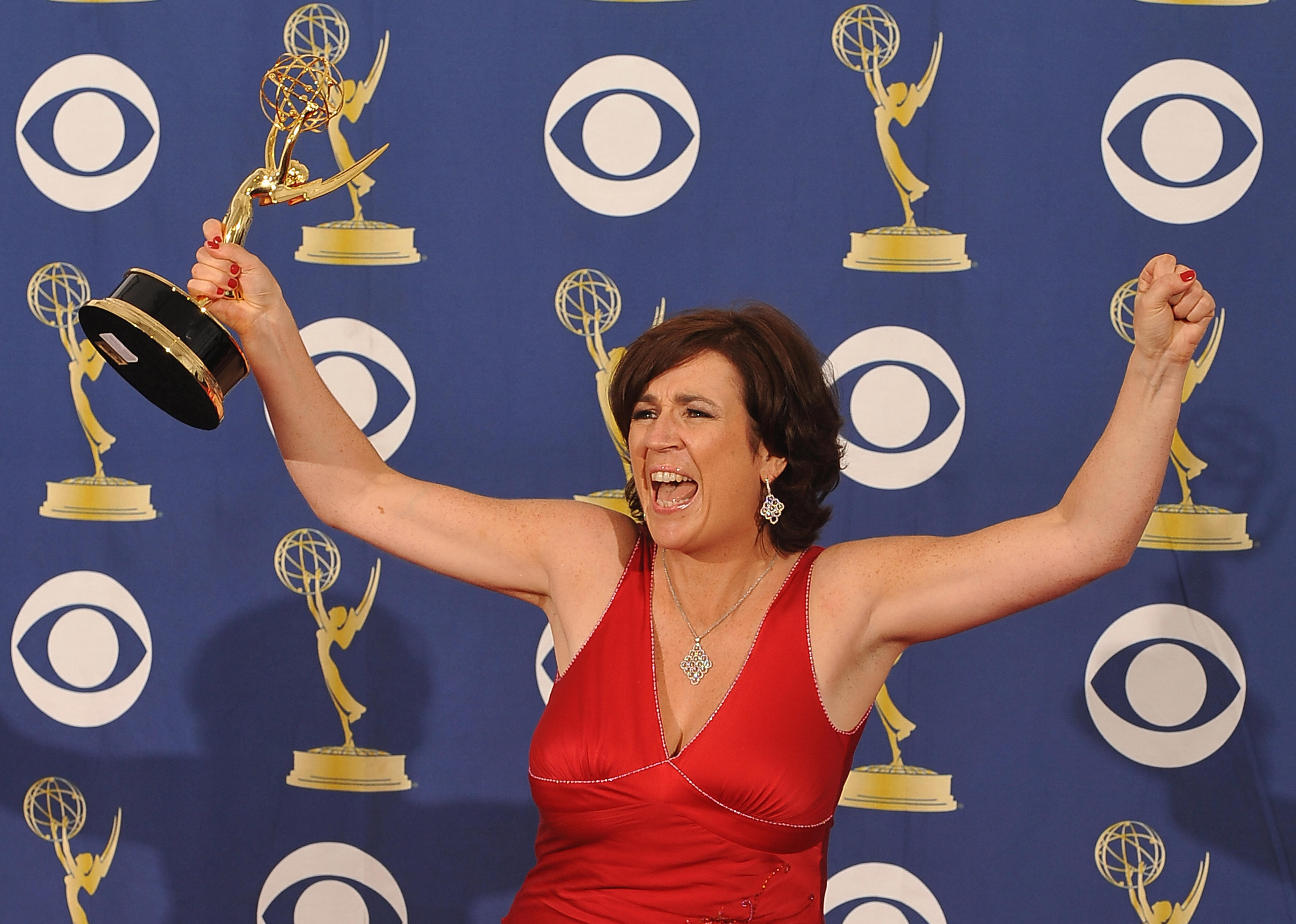 She can now add one of The Handmaid's Tale's most impressive episodes yet to the list delivering a truly iconic scene between June and Serena that has been seasons in the making. This pair's relationship has been one of the most fascinating elements of 'The Handmaid's Tale', going from clear disdain for one another to what could almost be described as a friendship. Their face-off with each other was like something out of a Western as they paced towards each other, their cutting exchange echoing around them.

"I always saw it as the 'breakup scene'", Dearbhla told entertainment.ie. "These two women have affected each others lives immeasurably and their final break up had to be epic. It was originally scripted in a room, but I wanted it to be visually powerful. And where could be more cinematic and politically powerful than under the eye of Lincoln - especially when his eye no longer exists!

"Often in a two-hander scene, you’re looking for the third character and the presence of the absent president who abolished slavery spoke volumes." 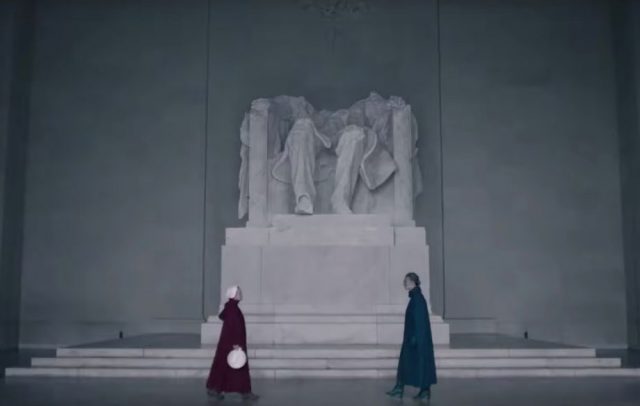 Filming in such a symbolic location didn't come without its difficulties however. "It was a complicated location to shoot in for reasons of permission and because of its white marble floor. We could only control it for four minutes at a time before we had to allow the public to wander through (it belongs to public parks so, therefore, cannot be closed privately). We were not supposed to record sound and we could not put any hardware on the marble floor so we shot wide on Steadicam and up close and personal on handheld camera with available light.

"This approach informed the blocking and allowed me to free the actors to move. I could follow them and was able to get very close and intimate in this very theatrical setting. We played with improvisation and did three quite different takes. It felt quite cathedral-like and strangely intimate and was electric for all of us to film."

While the entire episode was set in Washington, budget only allowed one day of filming there, while it was also shot on the last day before Trump was threatening to close down the government. So time was of the essence in every regard but Dearbhla did her research.

"I had to make sure that I used the most dramatic and iconic aspects of DC in the most emotionally powerful points of the story," Dearbhla said. "There were very many different versions of this scene on paper, but when I visited Washington for the first time on my recce I knew how I had to use it."

The entire episode had a major focus on two-person encounters; Fred and Serena in the bedroom, June and Nick's reunion, Aunt Lydia and June's emotional chat. So how did Dearbhla go about making the tension and intimacy of these scenes?

"Apart from working with the writer on the clarity and subtly of the story intention and tone of each scene, I worked separately with each of the cast on their story arc and emotional journeys through the episode. We each bring our ideas to the table. It is important we are all telling the same story. The DoP (director of photography) and I developed a different visual approach for each relationship in order to intensify the story visually and serve the emotional themes. Like in Fred and Serena's scene in the bedroom; there are no over shoulder angles connecting the characters which is how one might typically shoot a two-hander TV drama scene. I consciously keep them separate and very physically still and shoot very formal static angles and clean singles of each of them. We never see them together in the same frame except for one of the angles in the mirror. The effect of this is to evoke both a physical and emotional disconnect between them which underlines the tension in the scene." 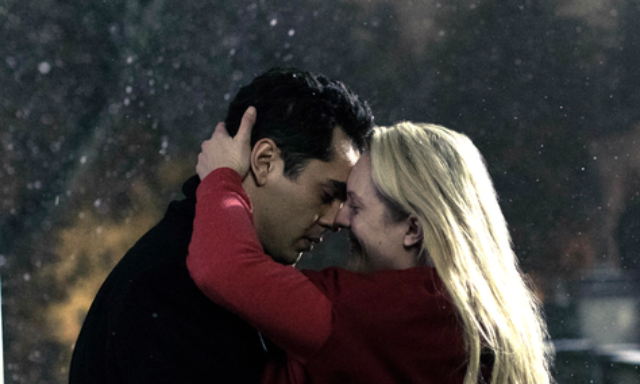 June and Nick, however, required a different treatment. "They are the lovers always kept apart and there is great emotional intensity between them," Dearbhla explains. "I chose a location that forces them to be very physically close and I heightened the stakes by shooting them in the shadow of the enemy’s house.

"Moments before rehearsals I had to change my carefully considered location from a clearing in the wooded garden to between the arches of a garden shed. There were gale force winds that threatened to blow over our lighting rigs which were giving the effect of moonlight on the house and trees.

"If I wanted to keep the visual tension of the house in the background I had to quickly find another location that allowed me to change the lighting from high up in cranes angled down towards the house to big lights being on the ground and bouncing light off the white snow-covered lawns. It was our last scene on our last day of six days at the location and we couldn’t return so we had to be clever while not compromising the story or visual approach. It was crazy but fun and in the end felt more intimate than I had hoped. Sometimes there are happy accidents." 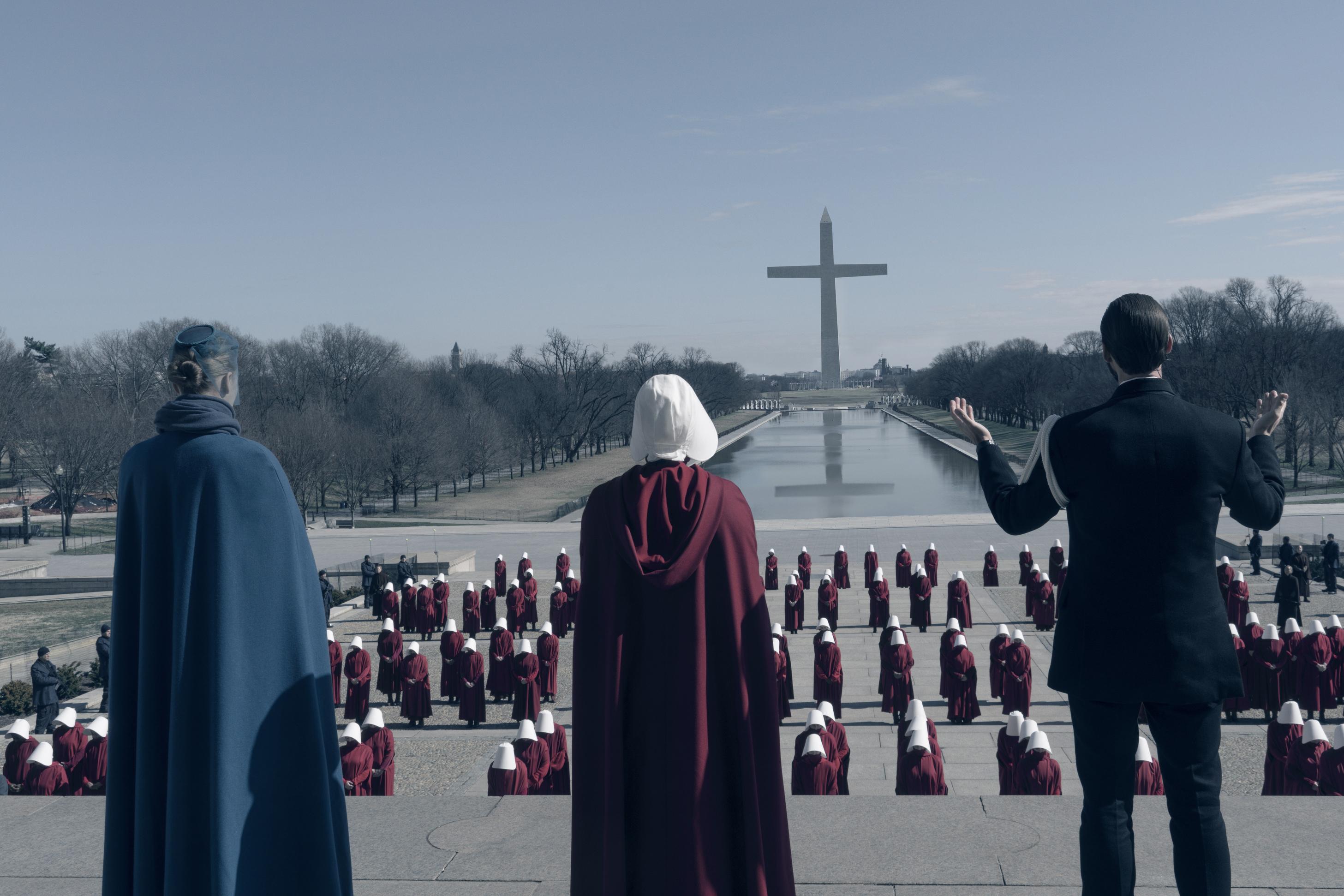 The final shot of the episode was truly incredible as lines of handmaids filled out the mall in front of the Memorial Monument in Washington, which stands now as a giant Gilead cross. Revealing what it was like to film a scene of that magnitude, Dearbhla said, "There are days you go to work scared that you'll mess it up and then you come home feeling like the luckiest person in the world. The day on the mall was such a day. It was a day to remember for so many personal, creative and political reasons.

"I worked from sunrise to sunset without taking even a toilet break, and on the way back to the hotel in the crew van, the producer showed me a picture on Twitter of what people thought was a protest by hundreds of women in red against Trump. It was the first time I got a perspective on how surreal the whole experience of the day was and how politically potent the show remains. As an Irishman once famously said, "life imitates art far more than art imitates life".

Dearbhla only had great things to report on the cast too, saying, "Seriously they were a dream. I loved working with each one of them. It was a really creative and fun experience. Lizzie (Elizabeth Moss) and I discovered we both have a penchant for stars and are new besties!"

You can read our review of this week's episode, entitled 'Household' here.