Joining Ryan on 'The Late Late Show' tonight will be music sensation Hozier along with fitness fanatic Joe Wicks, and some of the 'Dancing with the Stars' celebrities.

Following extraordinary global success, Hozier will join host Ryan Tubridy to chat about how it feels to be one of Ireland’s most celebrated musicians, and to give fans a flavour of his highly anticipated new album 'Wasteland, Baby!', due for release in early March. 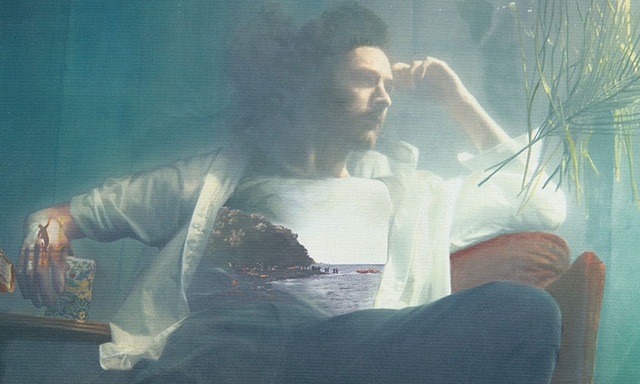 Known for his popular Instagram videos, books and TV shows, fitness phenomenon Joe Wicks joins Ryan to discuss why he’s moving away from meat and adding more veg to his diet, and will be trying out his vegan meals on some of Ireland’s most hardened carnivores.

Week four of 'Dancing with the Stars' is almost upon us, and as the competition hots up, Ryan will be chatting to actress Clelia Murphy on how she’s balancing it all, Mairead Ronan on topping the table, funny man Fred Cooke on being the comeback kid and stylist Darren Kennedy on his ambition to perform with a male pro-dancer this season.

During the Troubles, a group of ordinary photographers found themselves in extraordinary circumstances when they unwittingly documented the war breaking out on the streets of their own towns. Captured in upcoming RTÉ documentary 'Shooting the Darkness', we speak with Alan Lewis and Crispin Rodwell on what it meant to be a press photographer amid the violence in Northern Ireland and how witnessing horror on a daily basis has affected them.

In November of last year, broadcaster Tom Dunne was told at a routine heart check up that he would urgently need life-saving surgery. The dad of two joins Ryan to discuss the impact that the operation has had on him and his family, the difficulties of learning to walk again and where he is on the road to recovery.