Here's who is on 'The Late Late Show' tonight

It's a bit of a random mix

Not exactly an all star line-up on tonight's Late Late Show but could prove to be an interesting show nonetheless. If not, sure we could do with a bit of a quiet show after last Friday's shenanigans.

Joining Ryan will be child star and friend of Michael Jackson, Mark Lester, who famously played the title role in 'Oliver!' as a child. It led him to catching the attention of Jackson and an unusual friendship emerged. Lester joins Ryan to chat about his relationship with Jackson as well as his role in the disputed paternity of Jackson’s children as the controversial new documentary 'Leaving Neverland' is set for release.

Ryan also chats to model Amber Jean Rowan who was diagnosed with alopecia at the age of 15. Not letting it stand in her way, she went on to carve out a successful career as a model and actor. Having recently gone wig-free to grace the cover of Irish Tatler, Amber joins Ryan to discuss embracing her hair-free life and opens up about the condition that has seen her lose her hair.

It’s a emotional day. Those of you who know me well may know what it’s taken to get here. It’s been a real journey...... Lots of ups and downs! I’m so proud and feel so honoured to be on this cover of @irishtatler chatting about my experiences and @hairfreelife I’m feeling so overwhelmed with love and support right now, Can’t tell you how much it means to me. I’ll be forever grateful for the support I’ve received. Thank you to everyone who made this possible.. And to the beautiful people in my intimate life I couldn’t of done it without you:) you inspire me everyday. I hope this website helps :)we are all on a journey together❤️❤️ Special thanks to Irish Tatler for making this come to life 🙏🏼🙏🏼

Fr Pat Collins is Ireland’s most experienced exorcist, having spent decades facing down evil spirits and helping the afflicted to rid themselves of the devil. Joining Ryan in studio, Fr Pat will explain why demand for his services is on the rise, and why fear is holding people back from living their best lives.

'Home of the Year' is back on our screens next week, and judges Hugh Wallace, Deirdre Whelan and Peter Crowley will join Ryan to chat about the new series, and tell us about the trends and trinkets of Irish house design that should be consigned to the bin forever. 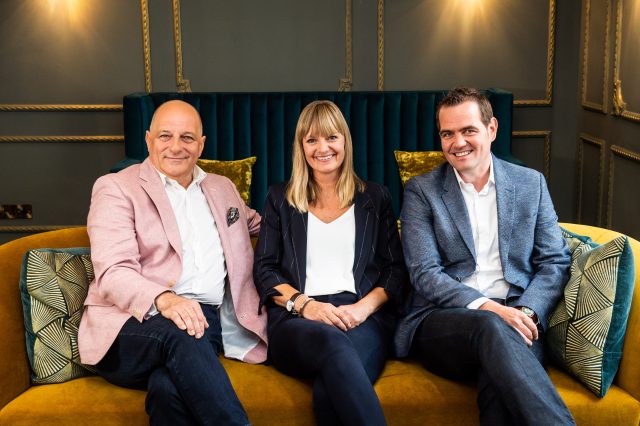 Also on the show, eight-year-old Sligo boy Shane Haran was recently crowned "Fastest Kid in the World" at the prestigious Millrose Games in Manhattan, New York. Shane joins Ryan to discuss his journey to the number one spot, and his ambitions to one day represent Ireland in the Olympics.

At the age of 20, Robbie Lawlor was diagnosed with HIV, and had the difficult task of having to inform his ex-boyfriend, Shaun Dunne. Robbie and Shaun join Ryan to discuss how they’ve used the experience to create their theatre project Rapids, and the work they’re doing to remove the stigma around HIV in Ireland.

'The Late Late Show' will also be taking a look at the Press Photographers Association of Ireland’s Photographs of the Year, and there’ll be music from The Connor McKeon Band, and Dublin-based rapper Jafaris.