Hector Ó hEochagáin, the man who has travelled most of the world by now it seems, is back on our screens once again this October. And we can think of no better Irish person to have us geared up for being a tourist once again in the near future.

And in case the continent of Africa hasn't made your list of top places to visit in 2021, here's Hector to convince you why it should be. 'Hector Africa - A go Z' is a brand new series for TG4 which will see the intrepid travelling presenter embark on a road trip like no other. He'll be attempting to get from Addis Ababa all the way to Zimbabwe, and everywhere along the way, hence the "A go Z" of it all.

Hector's first three stops on his African road trip will see him discover the lifestyle in the countries of Ethiopia, Sudan, and Kenya. Four more episodes are expected to be released in 2021, as travel restrictions earlier this year naturally led to a delay in filming the remainder of the series. 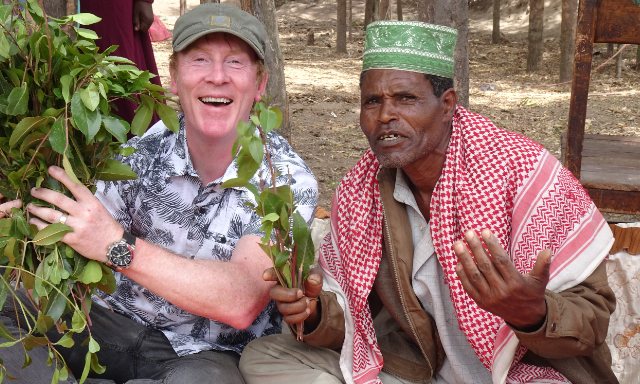 Kicking things off this week, the first episode will see Hector visiting locals in Ethiopia. Landing in Addis Ababa, the capital of the country, Hector will meet up with one of the greatest distance runners of all time, Haile Gebrselassie. He also finds out more about the country's booming coffee trade. He'll then journey south to the Omo Valley, where he'll learn all about the art of a bull-jumping ritual with the Hamar Tribe.

The following two episodes of the series will see Hector discover the Nile River flowing through Sudan. This is before linking up with Irish missionary Sr Miriam Duggan in the slums of Nairobi. Expect all of this, plus his encounter with "The Godfather of Kenyan running" and many more thrilling happenings on his once-in-a-lifetime African road trip.

Here's a teaser of what to expect in the first episode of the series, which sees Hector try Ethiopia's native plant for the first time, khat. Thanks to Hector, we now know we'll need to pack a toothbrush should we ever get the chance to try the euphoria-inducing plant in the future.

'Hector Africa - A go Z' begins on TG4 Thursday, October 8 at 9.30pm. If you miss any episodes of the series, you can catch up on the TG4 player.