'Gavin and Stacey' Christmas Special gets its first trailer

Uncle Bryn's having a 'mare.

It's been ten years since we last checked in on 'Gavin and Stacey' and at long last, the show has decided to return for a much anticipated Christmas Special.

Given Corden's success in the US, it wasn't looking likely the show would ever be back, but he surprised fans back in May by announcing the return of the hit show for an hour-long 'Gavin and Stacey' Christmas Special.

Ruth Jones and I have been keeping this secret for a while... We’re excited to share it with you. See you on Christmas Day ⁦@BBCOne⁩ #GavinandStacey pic.twitter.com/gTRa3cp90t

Now, at last, we have a trailer for the episode, which sees poor Uncle Bryn struggling with the Christmas dinner.

The BBC comedy, written by James Corden and Ruth Jones, ran for three seasons from 2007 to 2010. It followed the story of a long-distance relationship between Englishman Gavin (Matthew Horne) and Welsh woman Stacey (Joanna Page). Brought together with a fantastic cast including Corden as Smithy and Jones as the, let's face it - simply iconic - Nessa. While Rob Brydon also stole many a scene as the brilliant Uncle Bryn. Larry Lamb (Mick), Alison Steadman (Pam) and Melanie Walters (Gwen) completed this superb comedy ensemble.

The Christmas Special will see everyone heading to Wales for the festivities where Bryn’s cooking dinner for over thirteen people. Pam would secretly prefer to spend Christmas in Essex as she finds Gwen’s house a bit lacking. But the deal has always been that they alternate every year, and this time it’s the turn of the Wests to host Christmas with everyone under one small roof. 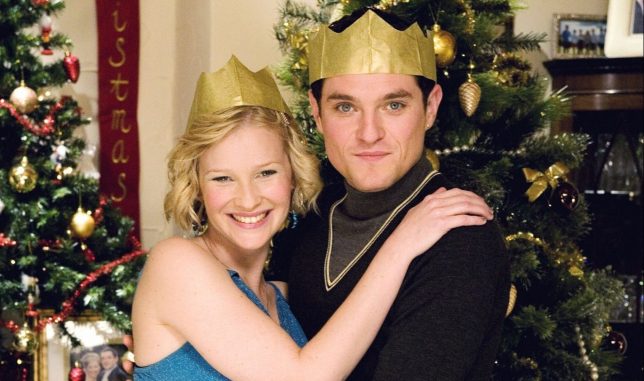 According to the BBC synopsis: "For Gavin and Stacey, parenthood continues to present them with several challenges, their ‘baby’ now being ten. Smithy, too, continues to commit to his fatherly role, making the journey to Barry at weekends and every second Wednesday to see twelve-year-old Neil the Baby.

"Nessa, on the other hand, adopts her own brand of Nessa-style mothering whilst Pam, Mick and Gwen have become the epitome of doting grandparents. On Christmas Eve, Dawn makes a shocking discovery about Pete that jeopardizes their marriage (again) and a visit to the pub that night is an eye-opener in more ways than one."

The 'Gavin and Stacey' Christmas Special looks set to air on Christmas Day on BBC One at a time yet to be confirmed.

Richard Madeley leaves 'I'm A Celebrity' after being rushed to hospital