You have to credit to the cast of 'Game of Thrones' for sticking things out with the show to the very end, as they're all consummate professionals.

Yet, in the 'Game of Thrones' press room after the Emmys, wherein the HBO behemoth came back with two wins - one for Outstanding Drama Series, one for Supporting Actor for Peter Dinklage - you could tell everyone was pretty much ready for this whole thing to be over and done with.

For example, you had Nikolaj Coster-Waldau - otherwise known as Jamie Lannister - happily munching away on an ice-cream in the background. Meanwhile, David Benioff and D.B. Weiss were tirelessly ducking questions about the 'Game of Thrones' prequel series. 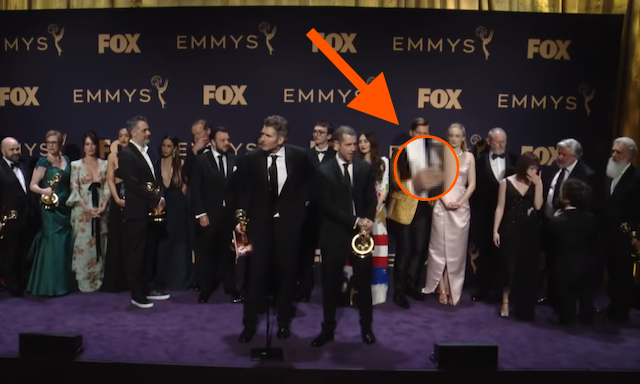 Not only that, poor Alfie Allen literally got pushed out in front of journalists for a question about the Night King's death, and blundered his way through answering while his cast sniggered in the background. "I don't know! I'm wilting!" cried Allen, before ducking back into the throng of 'Game of Thrones' castmembers.

You also had Peter Dinklage cracking into a flourish of Frank Sinatra when asked a question, and when asked if the character of Tyrion would stay with him forever, Dinklage replied, "Well, I've seen a doctor about getting it out of me..."

Kit Harington, meanwhile, freely admitted that he hadn't watched the final season, but gave the stock "everyone put their heart and soul into it" answer and blew off questions about the controversy.