Carrigstown will soon have a new resident

Rory will play Molly's brother, John Bosco Walsh, and you will see him on screen for the first time as soon as this Sunday. He arrives in Carrigstown with Rose in tow as her dementia has progressed and Molly can no longer care for her.

The story-line regarding Rose's dementia is particularly poignant for Rory, whose own mother, Esther, also suffered with the condition.

Rory joins the cast of 'Fair City' two years after his departure from 'Mrs. Brown's Boys' after 26 years working with Brendan O'Carroll. He told the Daily Mail at the time, "I hadn't been happy working for the Mrs Brown's Boys company for the last 18 months to two years. I feel that 26 years is enough so I decided it was time to go."

O'Carroll responded to Rory's departure at the time saying,  "I can't even quantify the contribution Rory has made to our success and the wellbeing of me and my family, not just on screen or stage but way before that, as a friend and a driving force in getting us there. He's a legend.

"To all of us it feels like Ronaldo leaving Man United," O'Carroll continued. "But Ronaldo went on to amazing success, which I know Rory will too."

Since then, 60-year-old Rory has gone on to do panto while he is also one of the narrators on Ireland's 'Gogglebox'.

See a Q&A with Rory below:

1) How does it feel to join the cast of Ireland's favourite soap?

I'm over the moon with excitement and I'm delighted to be eventually able to let people know I've joined the cast of Fair City. The other cast members gave me a lovely welcome when I called in to see them. I feel right at home in Carrigstown. I'm delighted with the move there. Besides, if you're going to join a show, after you've been in a huge TV show already, then what's better than joining the biggest drama series on Irish television.

2) Have you always been a fan of Fair City?

Since the very beginning, thirty years ago, yes I have been a fan. But for a good few years, when I was touring the world with Mrs Brown's Boys, I lost touch with what was happening in Carrigstown. But when I left Mrs Brown's Boys to care for my mother, who had dementia, I got back into watching it again. Myself and my Ma used to watch the omnibus on Sunday afternoons. I've lovely memories of those Sundays with my Mam watching Fair City. 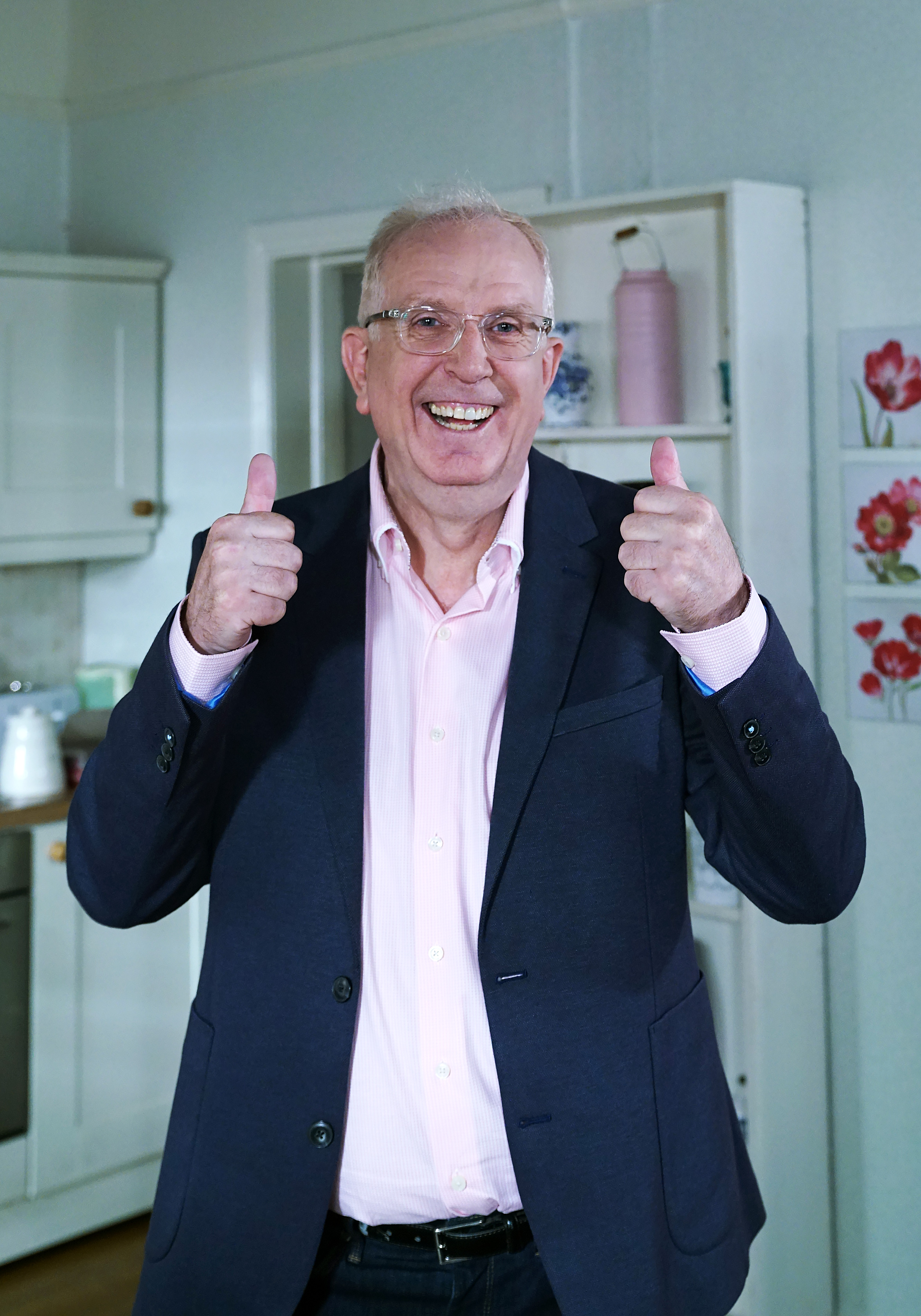 3) Tell us about your character, Bosco

Bosco is originally from County Galway, and in his teens he went to work in London, where he lived for about forty years. He came back home to live in County Galway with his sister, Molly, but he missed the pace of life in the big city, so he moved to Dublin. I can't wait to see what he gets up to in Carrigstown.

4) How does drama compare to your comedy acting with Mrs Brown's Boys?

It's totally different. In Mrs Brown's Boys Rory was a huge character with big camp reactions to any given situation. And on stage his reactions had to be even bigger. In television drama you've got to bring everything back and make your performance as real as you can for any number of situations your character finds himself in. The timing and pace is different. It's another skill altogether. So acting in Fair City is totally different to acting in Mrs Brown's Boys, but that's what I find so interesting about it. If I'd been asked to go into another situation comedy I probably would have said no, but being offered a role in Fair City was never going to be something I'd refuse.

'Fair City' airs Sunday, Tuesday, Wednesday and Thursday on RTÉ One at 8pm