Dumped but not down-hearted

Last night it was revealed that Jamie and Natalia had been dumped. Tonight it was left up the other islanders to choose one couple to remain in the competition and one to go home.

The other 'Love Island' couples had to choose whether Mike and Priscilla or Callum and Molly had earned their place to stay in the South Africa villa.

In the end, Mike and Priscilla were saved. They join Paige and Finn, Siannise and Luke T, Luke M and Demi, and Jess as Ched as the fifth and final couple left ahead of Sunday night's final episode.

Here's what Callum and Molly had to say about going home. 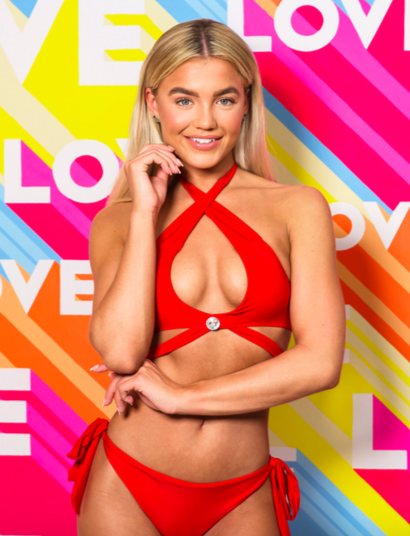 What was it like entering Love Island as one of the Casa Amor girls?

It was really good to be able to go in with a group of girls and have your own girl gang. It was really nice also that four of us made it into the actual villa, so I wasn’t going into the villa on my own. We had our own special bond as well which was really nice. It was lovely.

When you went into Casa Amor did Callum catch your eye straight away?

Callum was the boy that I was wanting from the start but I thought he was quite set with Shaughna. I also thought I liked Luke M and he seemed more available to get to know but it was different when we met in person. When I went into Casa Amor, I realised it was Callum who I really fancied.

How did you find getting to know Callum at first?

At first I didn’t know if I’d misconstrued it or if he just wasn’t interested. Then he started trying to speak through Finn to me, but then there was a night when he completely opened up and I remember just sitting there and feeling like I couldn’t say anything because I was so stunned that he was reeling off all these words to me. He opened up in the end.

How did you feel about going back into the Main Villa with him?

I was worried about upsetting Shaughna. After a few days once it all settled down, all the girls were so lovely. Even Shaughna handled it with such class that everyone ended up getting on and I ended up becoming friends with Shaughna whilst we were in the villa together.

You and Shaughna went for a girl date to talk things through - how was that?

It was really good and really needed at the time. Things had calmed down by then and we both seemed to leave it on good terms. That’s when we decided to put it behind us and started being able to become friends.

What was it like when you and Callum were finally coupled up properly?

It was good. The hardest part was in Casa Amor when we weren’t sure where each other’s heads were at. I didn’t think he was going to pick me at first! It was really good to be a proper couple. I’m very happy.

Have you talked about what your first date with Callum might be?

Yes, a walk with the dogs. The dogs have got to be a priority in this! I think the dogs will get on. Mine is a bit of a diva but I’m sure she’ll be fine. We live close to each other at home, maybe 15 minutes apart. It’s weird we haven’t bumped into each other before. We also found out we were on holiday at the same time last year at the same event, how weird is that? We probably crossed paths. I’m a massive believer in fate, law of attraction, all that stuff. So maybe it is meant to be.

Do you see a future together?

I do. We get on really well, we’ve got similar interests, he always makes me laugh. I feel at ease with him, if someone makes me feel like that it’s a good sign. My family will love him. My dad will love him. He’ll just have to try and impress my big brothers!

I’m nervous about meeting his family, I get nervous in general about meeting parents. I’m sure it’ll be alright, he said they’ll like me.

In the villa, who do you think is being genuine as a couple?

Finn and Paige, 100 per cent. I think they are the most genuine, down-to-earth couple in there. It just seems really natural with them two. I want them to win. They were super close with Shaughna too and even with that whole situation, they’ve still been so lovely to me.

I wouldn’t say anyone is playing a game but I don’t know if some couples will last when they come out. Just because, for example Demi and Luke M live geographically quite far apart. It would take a lot of work for them to make it happen, not that they wouldn’t.

What was your favourite moment in the villa?

I liked the challenges! The Valentine’s Day challenge was really good.

What did you find most challenging?

Living with loads of girls when the room is an upside down tip! All of my clothes are colour coordinated and in sleeve-length order.

If you could go back into the villa, would you?

My time was my time, but I’d love to go in and see all the girls again and have one last party! We’ve got holidays planned! 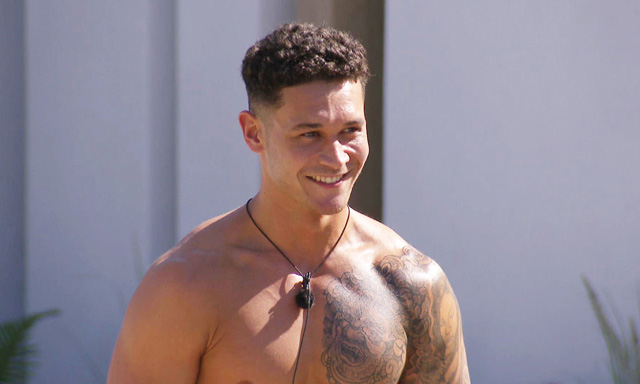 When you went to Casa Amor did you think your head would turn?

I never thought that deep into it. I thought I’ll just chill out and enjoy it. Then I brought Molly back – so a bit different to what I thought would happen.

Were you worried about coupling up with Molly because of Shaughna?

As bad as it sounds, I didn’t really think about anything else. I knew I was happy, so I just went with that decision. It’s not nice for Shaughna. At the end of the day, we were all in there to find something and I’ve found it.

Did it make it easier that some of the other boys recoupled with the Casa Amor girls, too?

At the end of the day I’m going to make my own decisions. I’m not going to base my decision on someone else’s decision.

What was it like returning to the Main Villa with Molly?

I kind of knew Shaughna would be on her own. It was nerve-wracking obviously. All I could see were eyes looking at me. But it’s what I was feeling at the time and I’m happy.

What is it about Molly that caught your eye?

What’s not to like about Molly, do you know what I mean? Literally, everything caught my eye!

Will you keep seeing each other?

Yeah – we’ve already spoken about it. We’ve got dates planned and everything. First thing we want to do is walk the dogs – we’ve both got dogs. I’ve got two Pugs and Molly’s got a Pomeranian.

Are you nervous about meeting her family?

Not really. It’s going to happen at some point.

Will you be making it ‘official’?

I think we will be. I’m not putting any pressure, or any time limit. It happens when it happens.

Which couple is being genuine?

Do you regret anything you did in the villa?

Obviously I met Molly. But I also met a lot of friends who will be friends for life now.

'Love Island' airs its penultimate episode on Sunday 22nd February at 9pm with the finale airing the following night.