Beckham is a hard man to scare

Justin Bieber is either really bad at scaring people, or David Beckham is a robot. Either way, Ellen's scare tactics still make for essential viewing.

David Beckham's steely exterior was put to the test recently, when his friend Justin Bieber tried his best to scare the football ace. Interestingly, Beckham may have smelt a rat as he hardly made a flinch after the scare.

Now, we've all seen great scares on 'The Ellen Show' over the years - both the Anne Hathaway and Benedict Cumberbatch ones are particularly juicy ones that you need to watch if you haven't already. 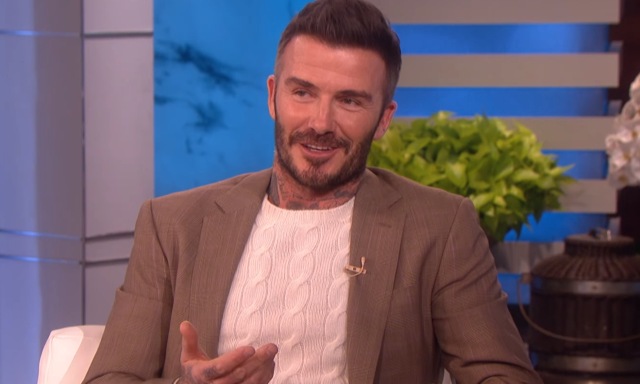 David Beckham and Justin Bieber appeared on 'The Ellen Show'.

Before being "scared", Beckham discussed he and his family life, how he hadn't been on the show for eight years, while also discussing his special guest appearance on 'Modern Family', where he played himself.

Here's the David Beckham and Justin Bieber appearance on 'The Ellen Show'.