Crime thriller fans, you are in for a treat with this new Sky original

The new Sky original series 'Gangs of London' is almost upon us. The series is set to take audiences on an immersive journey into the hidden heart of the UK's capital city.

Set in the heart of one of the world’s most dynamic and multicultural cities, 'Gangs of London' tells the story of how one city and its residents can be torn apart by the turbulent power struggles of the international gangs that control it. When the head of London’s most powerful crime family is assassinated, the heavy-hitters all scramble to become the next big bad of the city. But who will come out on top?

'Gangs of London' arrives exclusively on Sky Atlantic later this week, so here is every reason why you should be tuning into the series from Thursday, April 23. 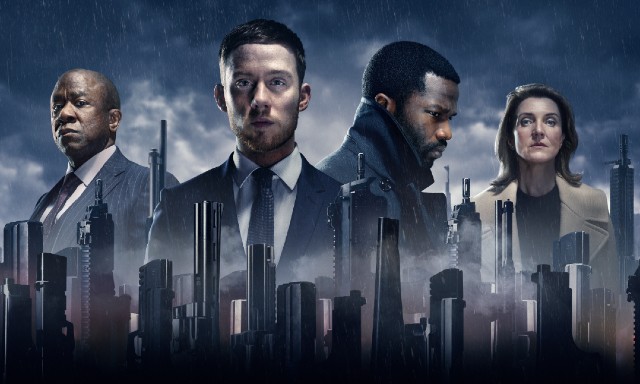 'Gangs of London' is a gritty new Sky Original

The one and only Colm Meaney

Colm Meaney fans, he’s back on our screens. In ‘Gangs of London’ we see the iconic Irish actor take up the mantle of London’s most powerful crime lord, Finn Wallace. However, being such an influential character for 20 years in a city as big as London has its downsides. When it comes to how business is run, Finn has become the number one target in a city filled with other international gangs - all waiting to claim their rightful place at the top.

But now the Irish crime boss is dead, and nobody knows who ordered the hit. Although we see Colm Meaney kick the bucket within the first few minutes of the series, he does appear throughout the episodes in the form of flashbacks - so don’t be too disappointed.

Joining Colm Meaney are plenty of recognisable faces amongst the main cast, including Joe Cole who you will remember as John Shelby from ‘Peaky Blinders’. The young actor plays Finn Wallace’s son Sean, who is hell-bent on finding out who is responsible for his father’s death.

Sean has always shown an interest in the criminal side of the business, wanting to know more about what his father did, but now that his father is dead - will Sean be able to handle the power that comes with stepping into his shoes? Searching for his killer, Sean lets his violent and impulsive side take over, to the point that the Wallace organisation risks losing everything.

Helping Sean take over from his father will be the Dumani family, headed by Ed Dumani, and played by the actor Lucian Msamati. Ed was Finn's right-hand man while he was alive, but now Ed must fight to keep everything he has spent years building. Lucian may be familiar to fans of ‘Game of Thrones’ once again, for he played the role of Salladhor Saan.

Sope Dirsu joins the ‘Gangs of London’ cast as perhaps the one man who might be able to help Sean in his rise to power, Elliot Finch. A lowlife chancer with a mysterious interest in the Wallace family, Elliot's job manages to land him in the trickiest of situations. 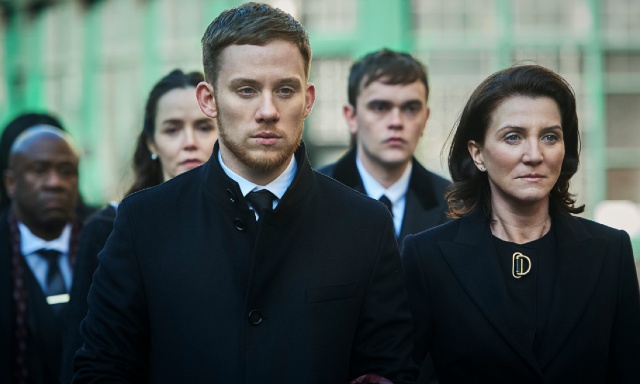 There are a number of Irish actors who you will recognise from their acting work in the past joining the rest of the cast in the Sky original series too. Northern Irish actress Michelle Fairley joins the cast of ‘Gangs of London’ as Finn’s mourning wife Miriam. You’ll recognise Michelle from one of the biggest shows of the last decade, ‘Game of Thrones’, where she played Catelyn Stark.

Dublin actor Emmett J. Scanlan also appears in the series as Finn’s personal driver, Jack. Emmett has starred in ‘Peaky Blinders’ and ‘Beowolf’ in the past, and he was also a main cast member of ‘Hollyoaks’ back in the early 2010s.

The final noteworthy Irish contender to watch out for in ‘Gangs of London’ is Valene Kane, who plays Finn’s daughter Jacqueline. The Northern Irish actress has plenty of appearances under her belt, playing Rose Stagg in ‘The Fall’ as well as playing Lyra Erso in ‘Rogue One: A Star Wars Story’.

If there's one thing you can be certain to see play out in 'Gangs of London', it's the amount of double-crossing and second-guessing every character will become guilty of - which makes for one suspenseful journey for us viewers.

With such a strong cast driving the drama of the series forward to places we never thought it could reach, the underground world of London has never looked so appealing. Well, we mean appealing as in we want to see how the series plays out, not that we want to get involved in the action. We'll happily stay put watching it unfold from the comfort of our sofa, thanks. 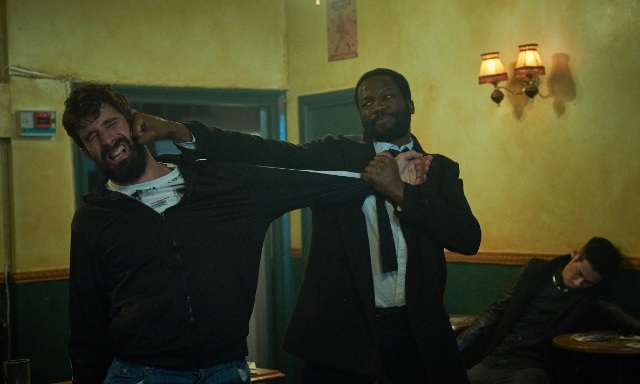 Having watched a number of episodes of ‘Gangs of London’ ahead of its release, one thing that we noticed is just how incredible the action of the series is.

Sope Dirsu’s character Elliot manages to be dealt all of the wrong cards in particular, and on a number of occasions he has to rely on his expert fighting skills and reflexes to match those of his opponents. Who said undertaking various risky jobs in the seedy London underground was going to be easy, eh?

Brought to us from the visionary mind of ‘The Raid’ movie series director Gareth Evans, the action sequences that play out in ‘Gangs of London’ are expertly performed and very memorable.

Speaking of Evans, it would be impossible to talk about 'Gangs of London' without mentioning the incredibly talented directors that have brought the project to life. Created by visionary award-winning filmmaker Gareth Evans and his creative partner Matt Flannery, the pair have combined their vast experience with that of Xavier Gens to bring us this audacious gangland thriller in 2020.

Condensing the feeling of a big-budget blockbuster movie into a meaty TV show experience that you can really sink your teeth into isn't easy, but that's exactly what Evans and his team have managed to create.

All episodes of 'Gangs of London' will be available exclusively on Sky Atlantic from Thursday, April 23. To find out more, visit Sky.