Christmas on the soaps: When they are on and what's going down

The festive season in soapland always sees the drama cranked up to the absolute max, and it's commonly known that pretty much ANYTHING can happen. Main characters could pop their clogs, long lost faces could return, and divorce papers could appear from nowhere - it's non-stop.

While we don't want to give too much away about the soaps you will be enjoying with your selection box, here's an idea of what you can expect.

Leyla may be only dying for the shift from Liam at the Christmas panto early on in the week but the real drama will be unfolding on Christmas day in Emmerdale. The theme for this week's festive episodes seems to be "Who's the daddy?". First off, on Christmas Eve Graham gets the results of the DNA test and discovers whether or not he is Millie's father. Then on Christmas Day, the Pollard house are in for a surprise when a baby is left on their doorstep, along with a note from Maya. But is all as it seems?

Catch 'Emmerdale' on Virgin Media One over the festive season at the below times:

Well now, strap yourselves in because it is all go on the cobbles this Christmas. There's an actual shootout, like, in a Western, with the Rovers as the saloon and the winter wonderland as, well, the winter wonderland. It all kicks off early in the week with Gary being the absolute worst in every possible regard. While we also have a Chekhov's gun scenario with an old antique gun that's found. While Hope, the little firecracker that she is, eyeballs it, it's thankfully not her that gets her hands on it, but a vengeful Derek hell-bent on taking Gary down. It's quite the showdown with "fatal" consequences in store for someone.

Catch 'Corrie' on Virgin Media One over the festive season at the below times:

If any soap is going to guarantee drama on Christmas Day it's EastEnders. This year, the Mitchells that will be taking centre stage as Phil finally discovers the truth about Sharon and Keanu. Hell hath no fury like a Phil Mitchell scorned. Other families on Albert Square don't escape the trials of Christmas either as Linda still struggles with her drinking while Martin is also having a terrible time of it.

Catch 'EastEnders' on RTÉ and BBC One over the festive season at the below times:

We never imagined we would care about the love life as Doug as much as we do but for crying out loud him and Erica just need to get it together already. Their pining after each other reaches new heights over the Christmas so fingers crossed they find themselves under a piece of mistletoe or two. The Collins household is the main focus of the Christmas Day episode as secrets are revealed, hearts are broken and general hard times ahead. Oh and Sash rocks up heavily pregnant! Much to everyone's surprise, well, except Wayne and Orla obviously, who Sash is a secret surrogate to. Be interesting to see how that one pans out in 2020. 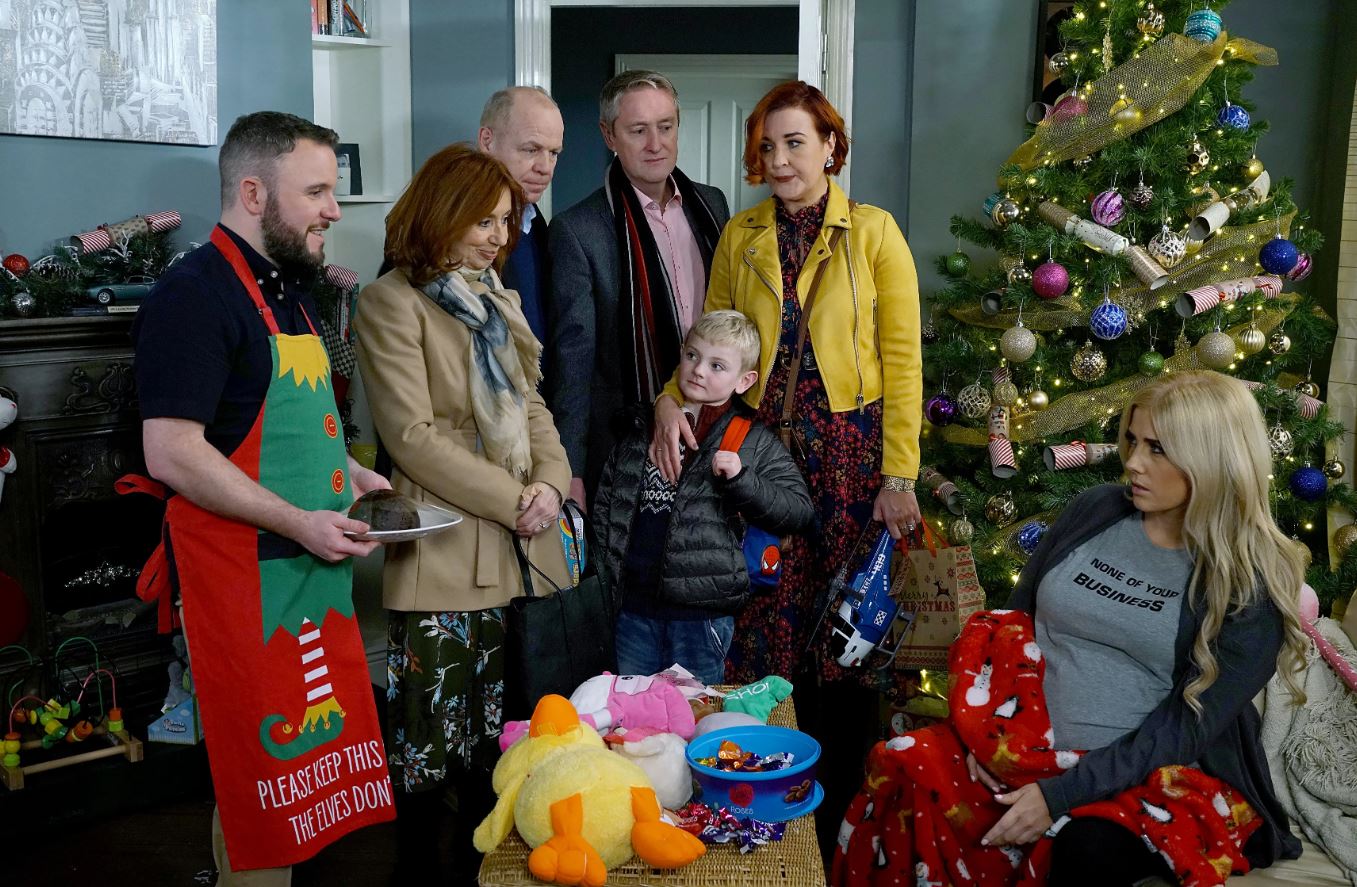 Catch Fair City on RTÉ over the festive season at the below times:

Here's the trailer for that 'Tiger King' scripted series, 'Joe vs Carole'