Review: The finale of 'Chernobyl' carries a prescient reminder about lies

In 'Vichnaya Pamyat', truth is a subjective and malleable thing - but it's only in the end do we count the cost of it.

Throughout 'Chernobyl', what's made the miniseries so striking is its incredible attention to detail.

There's been numerous Twitter threads from both nuclear scientists and people who remember the incident in 1986. Even Stellan Skarsgard, who plays Boris Shcherbina, said that he used his own memories of the incident in his native Sweden to inform his performance. Minute details like the small bin Jared Harris empties out in the first episode, to the watches and the general pallor that surrounded Chernobyl and Pripyat. It's all there, on screen, for us to marvel at.

Yet, the final episode, 'Vichnaya Pamyat', instead focuses on what comes after seeing the truth with our own eyes. Like the trio of witnesses at the show trial - Emily Watson as Ulana Khomyuk, Jared Harris as Valery Lagasov, and the aforementioned Skarsgard - we have seen everything that happened in Chernobyl. From the very opening moments, the audience is aware of the horrors involved in the incident, and what it cost in human lives.

There's a moment, and it's mentioned in the trailer, where KGB Chairman Charkov calmly tells Lagasov that in this trailer they will have their villains, their heroes and their truth. Not the truth, their truth. Their version of it. In 'Chernobyl', we're given a glimpse into the Soviet Union that tells us that magical thinking and the kind of willful ignorance that allowed Chernobyl to happen isn't just confined to there. It permeates the very core of the society they live in, where truth cannot come to the surface without it being blunted or whittled away to be more palatable. 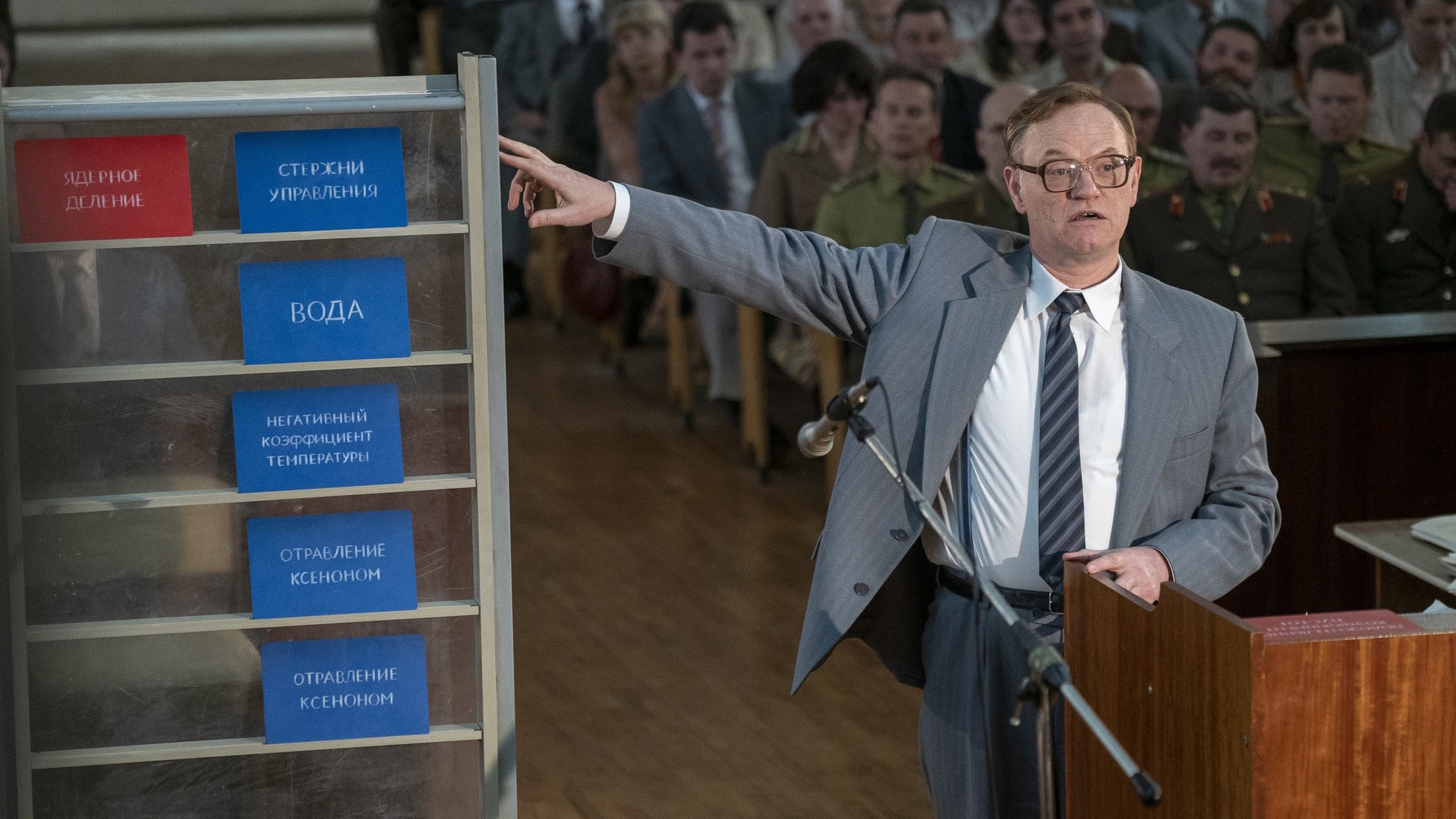 It's happening again, now, with climate change. It's happening again with the slow decay of democracies across Europe and the US. Christ, Donald Trump's whole schtick is ignoring the truth in front of him and trying to will his own version of reality into existence. 'Chernobyl' could not have come at a more apt moment in our history, but the finale shows us what happens when people try to speak up.

After Lagasov gives a calm, logical explanation for what happened in the control room on the night in question - and really, credit again has to be given to writer Craig Mazin for condensing it down to make it understandable to lay people - we're told that he's faced with a choice. He can either speak up on the flaw with A3-5 and the inherent flaws in RBMK reactors, or he can keep quiet and merely toe the line and ignore what's happening.

There's a great scene between Emily Watson and Jared Harris where the two talk about how they can affect change and push for the kind of reforms needed to stop another Chernobyl. Johan Reck's direction isn't subtle, as when we see Harris approach the stand, the camera bounces around the frame. Yet, when he decides to speak the truth, it lines up perfectly. The truth provides focus and stability, but it's only after we realise that it will cost him something. 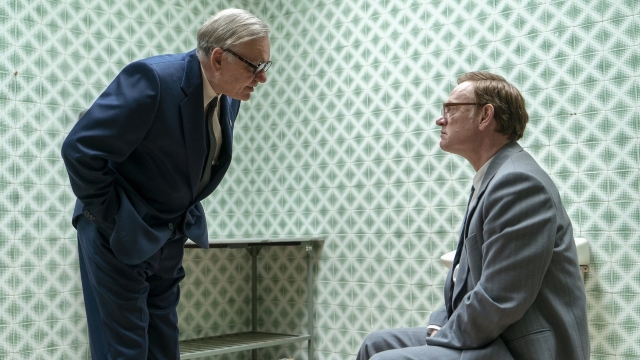 Lagasov is brought into a grimy room, and then confronted by Charkov who laughs in his face and informs him that he will be written out of history and his achievements will be given to "lesser men" for his insolence. In 'Chernobyl', there are no obvious heroes or villains; at least not really. What the likes of Dyatlov, played brilliantly to the end by Paul Ritter, did was no different than what countless other asshole bosses have done over the years. When the explosion happened, everyone was in a state of ignorance - even when it was staring them in the face, and melting it off in the process.

Up until now, his character has been this voice of authority and the muscle behind Lagasov's brains. Yet, that one tender moment between the two of them did more than anything else in the whole series. The pain and the anguish on his face when he talks about standing next to important people, and how he did nothing of note, is matched only by the genuine empathy with which Harris - who really deserves every award going - explains that none of the achievements, such as they were, were possible without his help.

In a series that is littered with such existential horror and a catastrophe on a scale that can be hard to fathom, not even counting that it actually happened, this small human moment carries more emotional weight than any CGI dragon or melting iron throne can. In five episodes, 'Chernobyl' told an exceptionally well-crafted story with a high level of care and detail, filmed with a clear and thoughtful vision, and acted by talented and compelling performers.

That the series ends with a somber choir and a plain, unfettered epilogue as to what happened in the wake of Chernobyl is interesting. All along, people praised how it blended horror with drama so effectively, and made it all the more terrifying that it actually happened. In reality, we weren't watching a horror and we weren't watching a character drama. We were watching a documentary, a faithful account of a disaster that was masked in lies and buried in secrets.

Please consider donating to Chernobyl Children International, who work with the survivors of Chernobyl and their children. Go to www.chernobyl-international.com/donate for more information on how you can help.