On the iconic steps of the MET

Arriving on our screens next year, 14 years after its first iteration, will be the 'Gossip Girl' reboot. And today we've caught wind of the new cast's first thing on their to-do list - sit on the iconic steps of the MET for a photoshoot of course.

Gone are the stars of the original, such as Blake Lively, Penn Badgley, Chace Crawford, and Leighton Meester, and replacing them are a group of new and dramatic twenty-somethings. 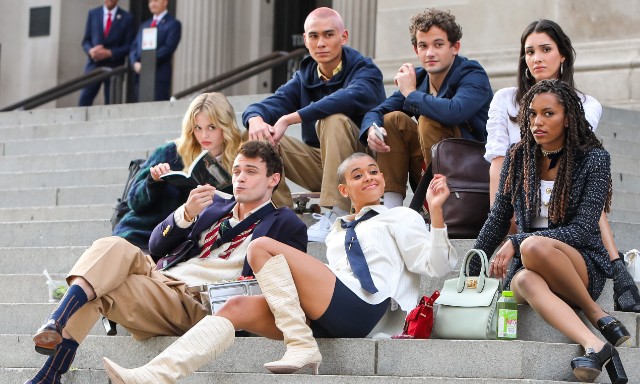 The new pictures from the set show that there's a much more inclusive lunch going on than we'd have seen in the original series.

Josh Schwartz, who co-created the series the first time around with Stephanie Savage, will be back once again with new co-creator of this 2021 iteration, Joshua Safran. Safran was also a producer on the series which ran from 2007 to 2012.

Here's a clip from the first episode, where Blair and Serena - who were frequent visitors to the location - had their first tiff on the museum's steps.

Can you name the obscure character from ‘Friends’? Part 3