Sure what else would you be doing?

It's snuck up on us so quickly, we can't even believe St. Patrick's Day is already here. While most of us will probably be spending the weekend indoors, it's high time you set your recordings for the best shows and movies coming up over the next few days.

Here's the best Bank Holiday weekend TV for you to chill in front of the sofa with.

A very special episode of the 'Late Late Show' this weekend will see Ryan joined in studio by none other than One Direction star Niall Horan. Having embarked on a solo career that has proven very successful, expect the Horan takeover this weekend to feature plenty of laughs and a song or two from his newly released album 'Heartbreak Weather'.

Tomorrow night on the #latelate, we'll be bringing you all the latest on the Covid-19 situation with advice and practical measures that people can take. pic.twitter.com/rnHbyrNabZ

This year's 'Sports Relief 'will be broken into three different parts, kicking off at 7pm on BBC One. Being hosted by Gary Lineker, Paddy McGuinness, Alex Scott, Emma Willis, Rylan Clark-Neal, and many more, you can expect to laugh and shed a tear as the broadcaster aims to raise much needed funds for charities in the UK and around the world. There has also been a tease of a something 'Stranger Things' related about to be revealed during the charity event, so make sure to tune in to what what that might be.

The first of the knock-out stages is about to begin, as 12 great acts lyrically battle it out to try win a coveted spot on their judge's team. Tune in to see Will.i.am, Tom Jones, Olly Murs and Meghan Trainor as they make difficult decisions in the singing competition.

Newly released on Netflix this weekend is 'A Quiet Place', written and directed by John Krasinski. A tumultuous ride from beginning to end, if you haven't seen this epic horror movie yet, make it your number one priority. In case you don't have a Netflix subscription, it's also on Channel 4 Saturday night. 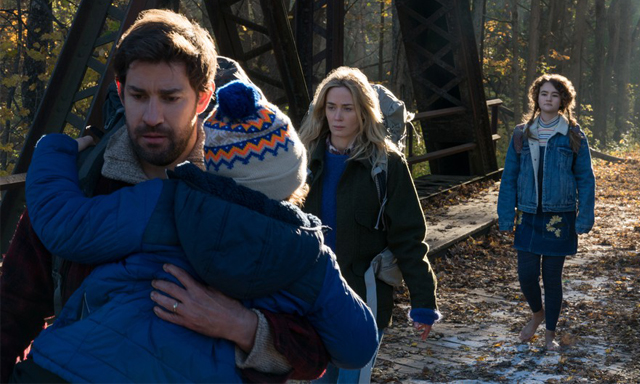 Chances are this weekend that you'll want to watch as many movies as humanly possible, and 'Creed' should be another great addition to your "must-watch" list. If you haven't yet seen the movie or its sequel, it sees Sylvester Stallone reprising his role from the 'Rocky' movies as he trains Michael B. Jordan to be the next big thing.

The original is almost always best (the Rex Harrison version aside), so if the latest 'Dolittle' adventure left you and your little ones yearning for Eddie Murphy talking to animals, then be sure to tune in on Sunday afternoon.

The next entry in the fantastic series hosted by Hugh Wallace will see him meet Frances and Tom Doherty and their restoration of a historic doctor's house and dispensary in Borrisoleigh, Co Tipperary, which dated as far back as the early 1800s.

In case you've yet to see it, 'Handsome Devil' is an Irish comedy drama about two pupils at a boarding school who form an unlikely friendship. Starring Ardal O'Hanlon, Fionn O'Shea and 'Fleabag' star Andrew Scott, the movie is also available on Netflix.

Series two of 'Blood' has proven to be must-watch television this year, and episode four will see the whole Hogan family reunited for the first time since the events of last season - expect plenty of drama.

The eve of St. Patrick's Day is upon us, so it's high time you watched Meryl Streep in the Irish drama classic. Based on Brian Friel's stage play, you can't get any more Irish than this. Sidenote - we had forgotten just look at how cheesy trailers from the '90s were.

Our favourite time of the year is always when a fresh batch of bakers enter the dreaded 'Bake Off' tent. But even better is when it's a group of ill-prepared celebrities. Taking on the 'Bake Off' tent this week will be Oscar winner Richard Dreyfuss, former 'EastEnder' Patsy Palmer, 'The Inbetweeners' star James Buckley and TV personality Scarlett Moffatt. 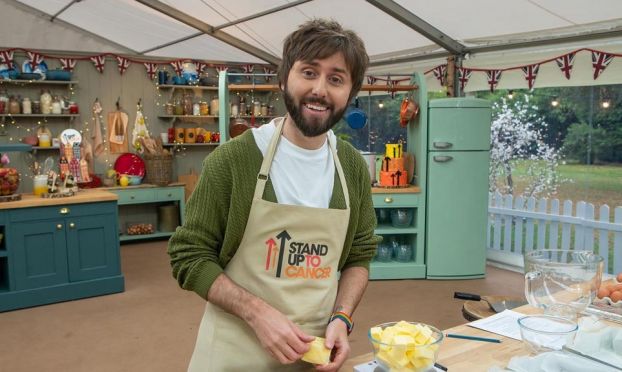 St. Patrick's Day is here, so what better way to burst with Irish pride than by listening to some of our best artists perform together on stage. A special live concert from Dublin to celebrate the musician and composer's 80th birthday, he'll be joined by Glen Hansard, Imelda May, and Declan O'Rourke. Hup!

Conan O'Brien addressing the Harvard Class of 2020 is absolutely gas

You have 90 seconds to complete this 'Friends' quiz