And how the GBBO producers, presenters and contestants all helped him through

It's hard to imagine how high the stakes must feel for contestants in 'The Great British Bake Off' tent. You would be sweating just watching them. For Michael however, his time on the show proved even more of a challenge due to his anxiety.

In a heartfelt piece for iNews, Michael opened up on his worst day of the show. It was during the technical challenge of '1920s Week' and the bakers were tasked with making beignet soufflés. Viewers will remember how Michael struggled with the task, trying and failing numerous times to get the consistency right for the choux mixture.

"I am hunched over a deep fat fryer unable to move, becoming less and less aware of my surroundings and struggling to catch my breath," Michael says. "The tent darkens as my chest tightens and my fingers tingle.

"This was nothing to do with the scant instructions or my complete lack of knowledge of what a beignet soufflé was (there’s no Google in the tent – what’s a millennial to do?). What had happened? I had let down my guard, told myself that I wasn’t good enough and believed it. I was in the throes of a panic attack." 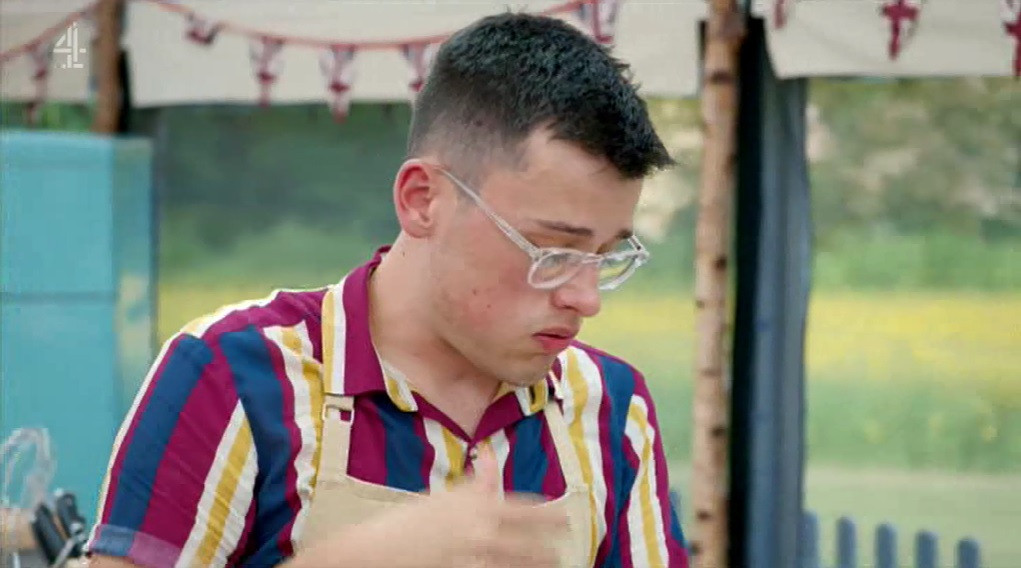 Thankfully, the 'Bake Off' team were straight in and able to talk Michael through his attack. He continues, "Suddenly, the runny choux pastry didn’t matter. The 'Bake Off' team softly swept in, with a producer calmly talking me through mindfulness techniques. Could I feel my toes? Good. What could I smell? Breathe in. Breathe out. Noel Fielding arrived, gently calling me back to myself. Sandi Toksvig positioned herself directly in my eye line behind a camera. The message was clear: we’ve got you, and you are safe."

Michael found his way through it, going on to come eighth in the challenge. "I kept going," Michael says. "I drove my mind from feelings to facts. I re-framed the challenge by setting my own standards for success and broke down the remaining time into achievable five-minute chunks.

"The result was 18 misshapen, clumsily filled beignet soufflés (but a cracking sabayon, if I do say so myself), which came second from last. But this was the judge’s result – mine was one of glowing pride. Yes, I’d struggled, but I’d also succeeded. I had pushed myself further than ever before, and that was more than enough for me." 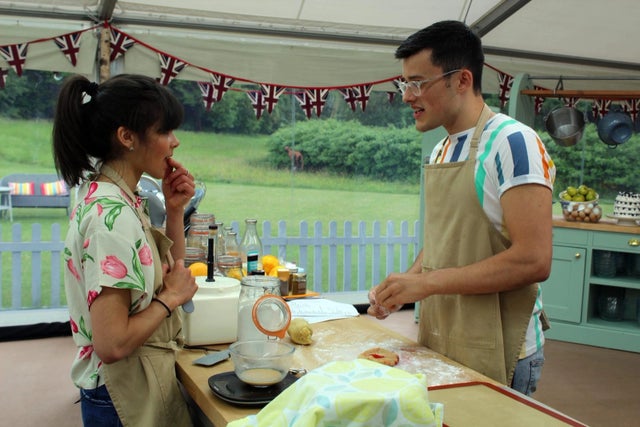 He went on to say, "Immediately following the challenge there was a flurry of support from the production team, Noel and Sandi and, of course, my wonderful fellow bakers. I went for a long, calming walk with Steph where we talked about everything and nothing through mouths full of ice cream. Before stepping into the tent, we had been told we were to become a family and never had this felt more true."

Michael also talks about how "just applying for 'Bake Off' was a victory". You can read his full piece here.