It's been quite a year for Ant and Dec

The National Television Awards took place in London last night where the whose who of UK television were decked out in their Sunday best to see who would be going home with one of the coveted gongs.

There was some speculation whether Ant and Dec would manage to scoop the Best TV Presenter award for the 18th time in a row. This was of course because Ant McPartlin had to step down from presenting duties for most of the year to deal with his addiction problems following a drink-driving accident. However, there's just no stopping that pair and they managed to win the award yet again.

Ant and Dec weren't at the awards as they were busy on presenting duties over at 'Britain's Got Talent' auditions. However they heard the announcement live and were visibly emotional to find out they won. Ant did all the talking as Dec, tearing up, looked on.

"Thank you, this is a genuine shock, especially this year - I'm shaking," Ant said.

"I really don't feel like I can accept this award this year - it has to go to this guy [pointing to Dec] for his hard work, dedication, wit and funniness and for being the best mate out there - I love you, man."

Dec also thanked voters, saying: "Thank you to everybody for their kind and thoughtful messages, they've kept us going over the last year - this year probably more than ever."

As voted for by you, @AntAndDec have won the Best Presenter Award! And this one clearly means a lot.@OfficialNTAs #NTAs pic.twitter.com/yIJXThLMMm

Thank you doesn’t seem to cover it this year. We are humbled and honoured. We are so appreciative of your continued support and good wishes, they are never taken for granted. Thank u again. Now back to #BGT auditions! D x #NTAs pic.twitter.com/rCzle3FmuM

Here's the rest of the winners from last night's show:

Ambulance
DIY SOS: The Big Build
Gogglebox
WINNER: Paul O’Grady: For the Love of Dogs
The Great British Bake Off 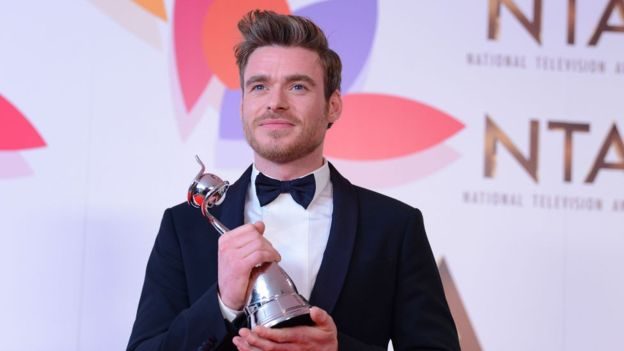 8 Out of 10 Cats Does Countdown
A League of Their Own
Catchphrase
Pointless
WINNER: The Chase

All Round to Mrs Brown’s
Ant & Dec’s Saturday Night Takeaway
WINNER: I’m A Celebrity… Get Me Out of Here!
Love Island
The Graham Norton Show

One more couple will leave the villa on tonight's 'Love Island'