The TV shows that love letting their inner freaks shine.

Halloween may have Christmas constantly trying to steal its thunder, but it's a worthy celebration in its own right. If you're not up for partaking in any of the festivities, you can still get into the spirit (ey!) of things from your own couch.

TV has provided some truly great Halloween episodes over the years as characters we know and love embrace the festivities by dressing up, hosting parties, and causing all sorts of bother.

Here are our favourites:

'Modern Family' has had some amazing Halloween episodes over the years (shout out to Phil and Cam dressed as Prince Harry and Meghan Markle) but the absolute best has to be the first. Season 2's episode featured Claire’s truly frightening Haunted House and had everything from Hayley as Mother Teresa to Gloria's attempt at an American accent.

Every episode of 'Stranger things' has a supernatural vibe to it, but back in season 2 they fully embraced the festivities, even premiering over Halloween. Episode 2 saw the gang dress up in the iconic Ghostbuster costumes to go trick or treating in what was a lovely dollop of the 80s nostalgia the show is known for. 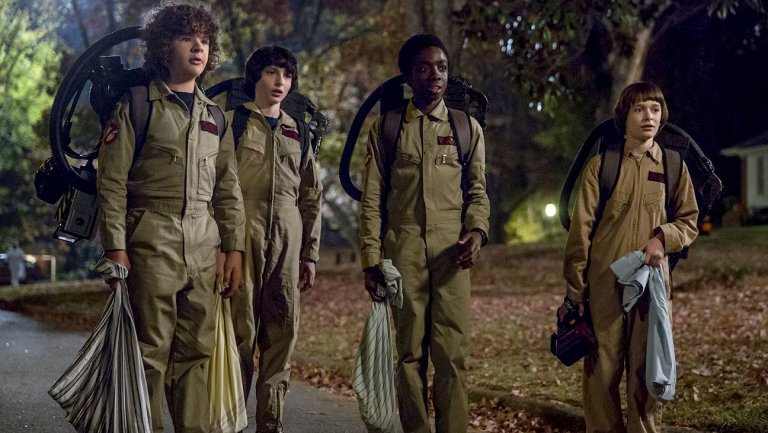 'It's Always Sunny' is one of those rare shows that hasn't waned over the seasons and keeps finding new and even better ways to shock and entertain with its storylines. In season six, they decided to have some fun with Kaitlin Olson’s (Dee) real-life pregnancy with husband and co-star Rob McElhenney (Mac). The gang slag Dee for gaining weight until she tells them that she got pregnant by one of them at last year's Halloween party. Through a series of flashbacks, the gang try to piece together just who exactly got Dee pregnant. 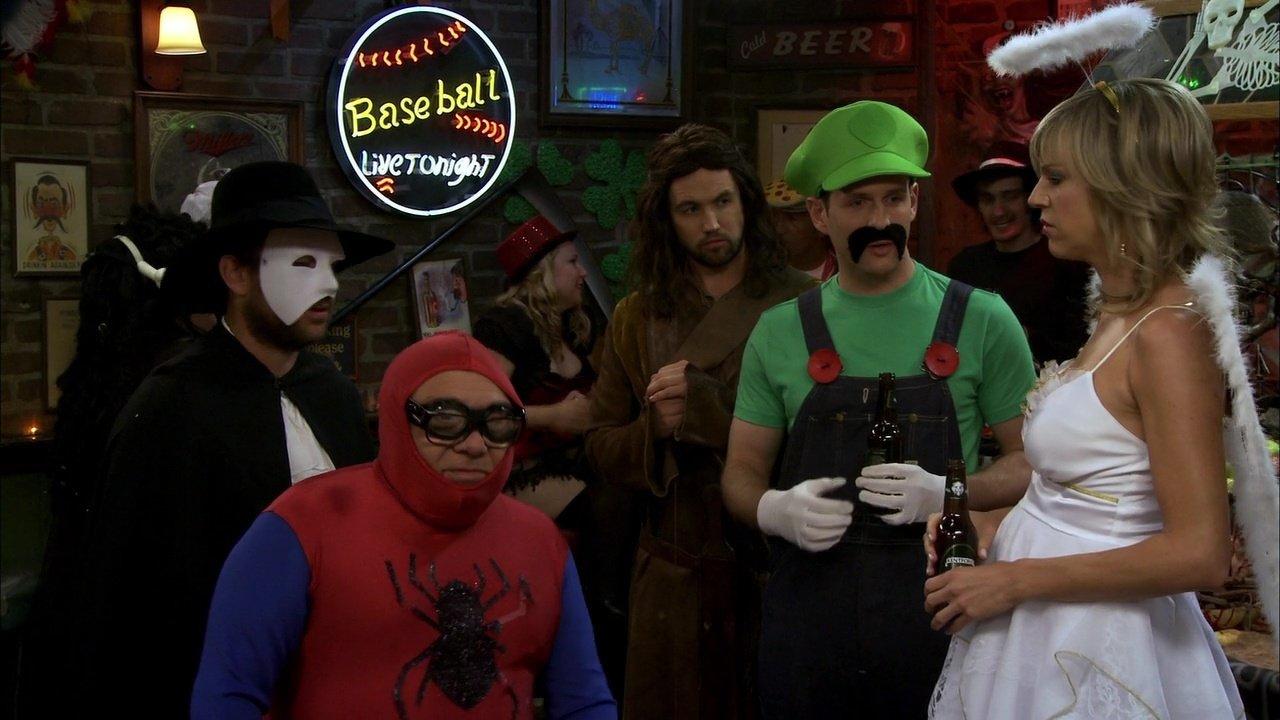 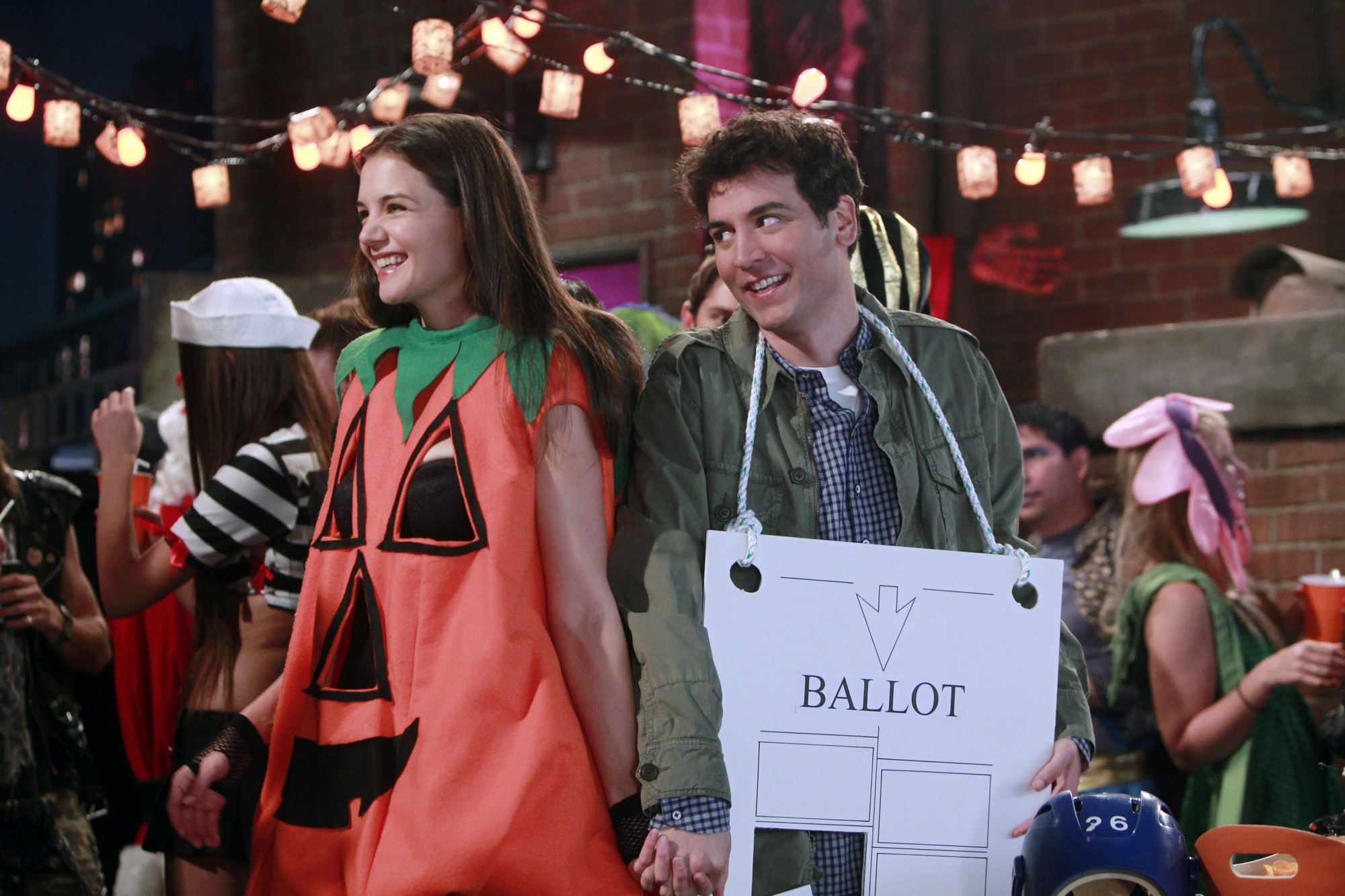 Larry David tried to embrace Halloween in season 2 of 'Curb' but was having none of it when two teenagers rocked up looking for candy when they weren't even dressed up. He goes full Larry David on them and is victim to the trick part of 'trick or treat'. Or 'felony or treat' as he calls it.

'The Gentlemen' is undoubtedly one of the 'Buffy the Vampire Slayer's most terrifying episodes however it wasn't a Halloween one. Like 'Stranger Things' though, this show has plenty of otherworldly stuff going on at the best of times. But on Halloween ironically, vampires and demons take the night off. Except of course, when they don't. The Halloween episode in season 2 saw the gang all become what they were dressed up as. However, season 4's 'Fear Itself' surpassed that as the Scoobie gang were faced with their deepest horrors in what was a Frat Party turned haunted house. 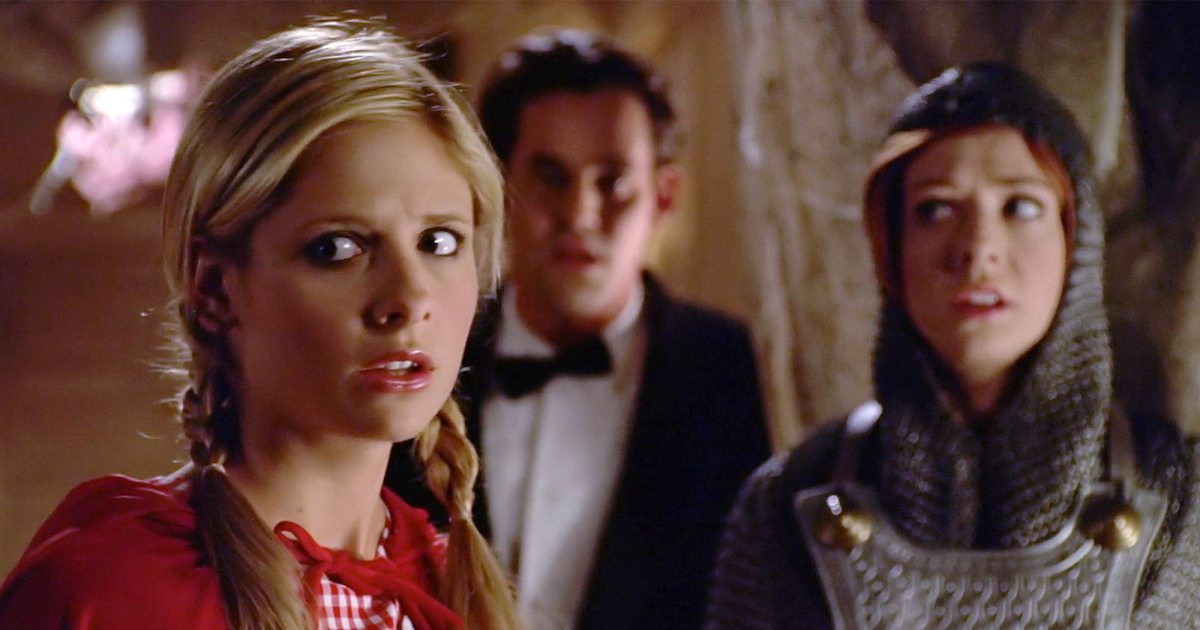 Halloween may all be fun and games but that doesn't mean it can't be a time for romance too. The 'Brooklyn Nine-Nine' gang fully commit to festivities each year with their annual Halloween Heist. However in season 5, Jake used it as an opportunity to propose to Amy and it was just lovely altogether.

Friends | Season 8, Episode 6 - 'The One With the Halloween Party'

Monica and Chandler host a Halloween party with special guest star Sean Penn showing up as the fiance of Ursula, Phoebe's evil twin. The episode features a pregnant Rachel trying but failing to find her maternal side with trick or treaters, an arm wrestle between Chandler and Joey, and later Chandler and Monica and overall it's an episode filled with your classic 'Friends' shenanigans.

Another show that has enjoyed some great Halloween episodes over the years, from Jim's Facebook costume to Dwight's Joker. But it's the first one we love the most as Michael is faced with letting somebody go and can't decide who. While Jim and Pam are busy secretly being in love with each other while pranking Dwight.

Many 'Treehouse of Horror' episodes have come and gone on 'The Simpsons over the years but it's still that first one we remember the most. The plot revolves around three scary stories told by the Simpson children in the family's treehouse. Our favourite from this episode had to be Lisa's haunting rendition of Edgar Allan Poe's 'The Raven'.

It's hard to believe 'South Park' is going since 1997, and what's more, that it's still as good as ever. 'Pink Eye' was in the show's first season and saw Kenny killed in a freak accident, nothing unusual there. But he is brought back to life as a zombie and starts terrorizing South Park residents who believe the rise of the living dead is an epidemic of the eye infection 'pinkeye'. Cartman is dressed as Hitler, Jackson dances to 'Thriller', and well, it's all just classic 'South Park' at its offensive best. 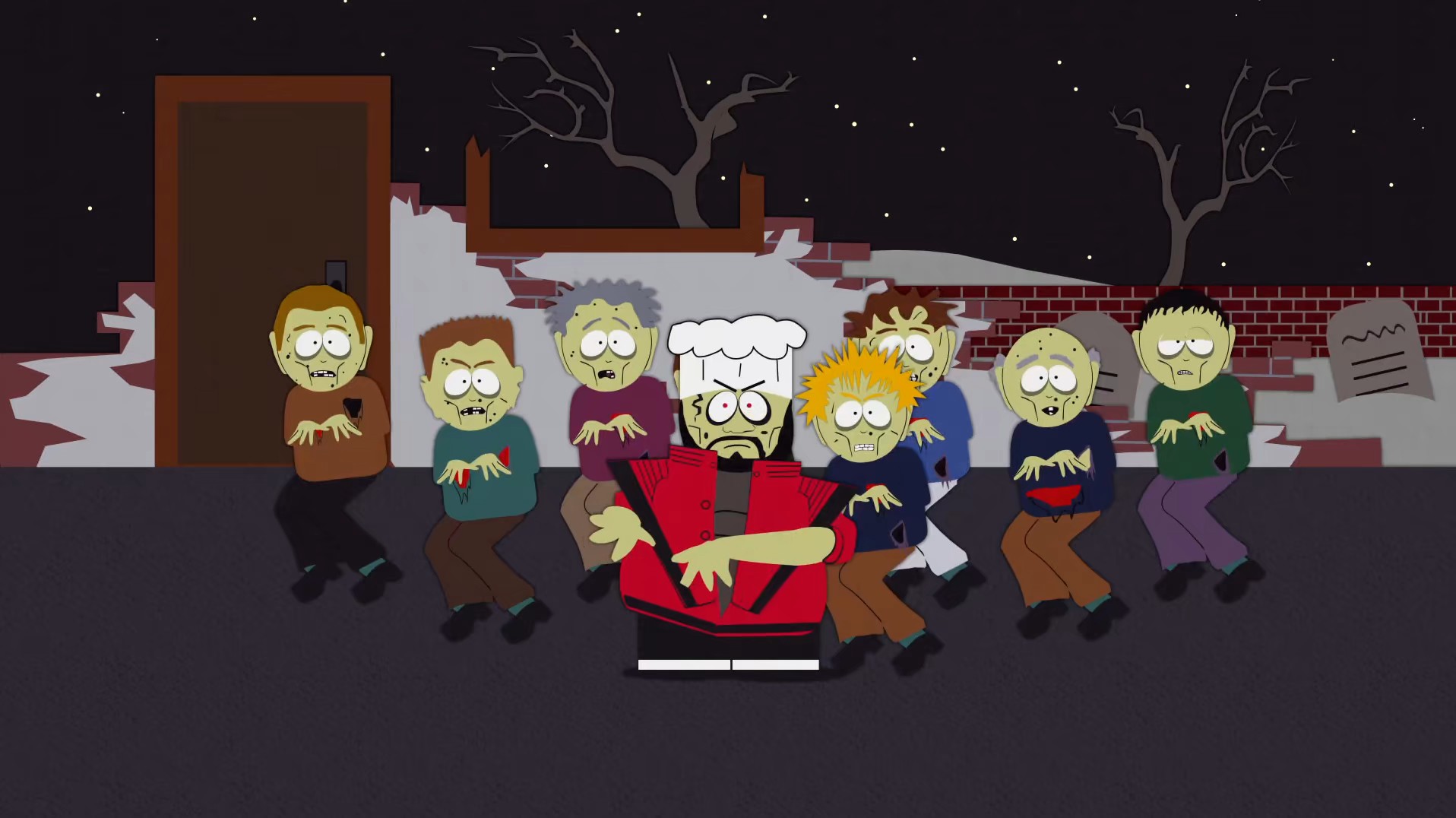 Let's just be honest, 'Community' in its heyday was one of the funniest shows on TV. Yes, it went on a couple of seasons too long (turned out we didn't need 'six seasons and a movie'), but when it was good, it was really good. Season 2's 'Epidemiology' saw the Dean throw a Halloween party for the college, however events took a turn when partygoers became sick from eating an unknown substance turning them into zombie-like creatures. "You hit a lady bee!"