Watch: Here's why you should never taunt a gorilla at the zoo

Going to the zoo just got a whole lot more interesting/life-threatening.

A zoo in Omaha, Nebraska is going to have to get themselves some new and significantly stronger glass after a recent incident where a silverback gorilla decided that he didn't much like the look of the people who were staring in at him.

It seems there was a family, including a number of children, who were looking in at the animal and trying to attract his attention, before they ended getting more than they bargained for. The gorilla had been fighting with some of the other males in the group previous to this happening according to Uproxx, so he was clearly not in a good mood.

The animal wasn't left unscathed by the altercation either, as it seems that he caused himself some injuries according to a few pictures that were posted to imgur afterwards. 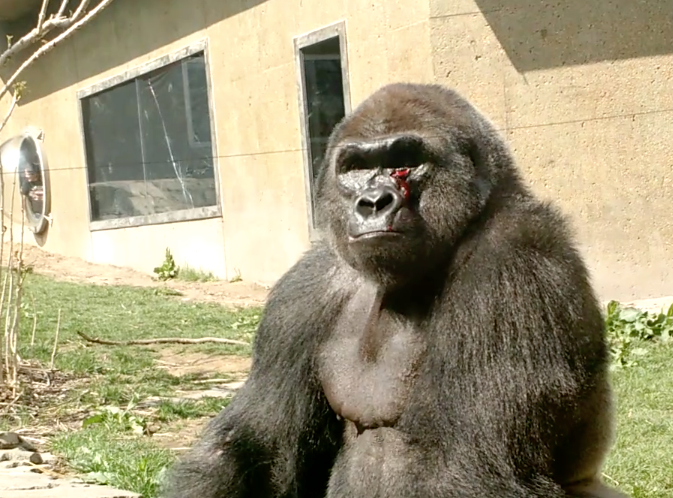