Was July 19th really the day Marathon changed to Snickers?

Or has 'Father Ted' and the internet been lying to us all along?

It's essentially a throwaway joke in 'Father Ted', but July 19th has since become a date that lives on in people's minds as the date when Marathon changed to its current form, Snickers.

Nobody really knows why July 19th was chosen, but we've since set our minds on either proving or debunking if the date is correct.

Let's begin with a little history.

Marathon was originally created in 1930 and named Snickers after the name of the Mars family's favourite horse. That's right, folks. Snickers is named after a horse.

The company, however, opted to change its name for the United Kingdom and Ireland to Marathon - a name it kept until the '90s. An unrelated bar was marketed in the US that went by the name Marathon, but didn't contain nuts or nougat like Snickers.

It's reasonable to assume that the name Marathon was dropped to bring it in line with the bar's name in the US, Canada and other territories - however, the question remains as to precisely when it changed.

As far as we can tell, there was a period when Marathon and Snickers had the same name on the wrapper - evidently as a way of easing people into the new name. Eventually, the Marathon was dropped in favour of just Snickers - but the precise date is in question.

Our first port of call was Graham Linehan, who wrote the episode "Hell", and asked him if there was any particular reason for choosing July 19th as the day Marathon became Snickers or if he had some insight or knowledge that was kept out of the public domain for years.

Next, we contacted Mars Ireland and asked a very polite woman if she could point us in the direction of someone from marketing or PR. We were then pinged to Edelman Ireland, who we're told handle press for Snickers in Ireland. Again, same question. 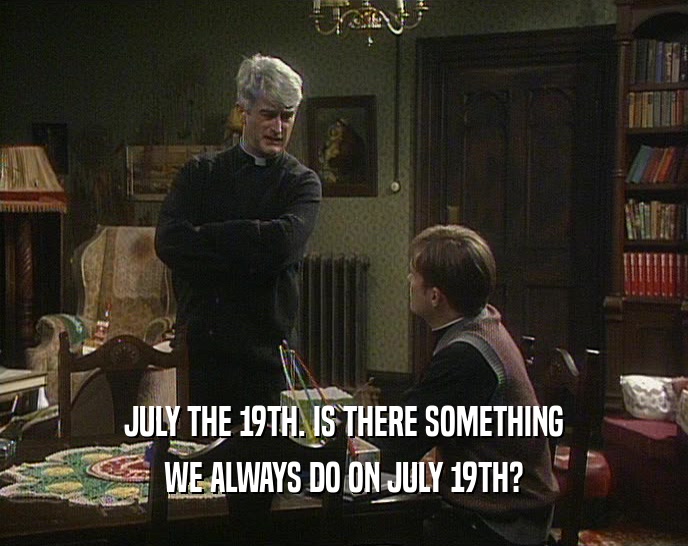 Their response was that Wikipedia listed the date change as July 19th, which they were happy enough to go along with - and that Mars would come back with confirmation on said date. Unfortunately, Mars never came back with an answer. We did, however, receive a basket of Snickers which then mysteriously disappeared.

Next, we went to see if Wikipedia had any information on the date. As mentioned, Wikipedia places the date of change as July 19th, however, when we checked their source on this, it started to become a little tenuous.

Wikipedia's sole citation for July 19th comes from a Christian Science Monitor article that describes the process of how Marathon became Snickers. As our own research indicated, Marathon and Snickers had the same name on the wrapper for a period of time before it eventually dropped it.

However, nowhere in the Christian Science Monitor article does it specifically name July 19th. It simply says that the name changed happened in 1990 and that for eighteen months, it used both names on the wrapper. 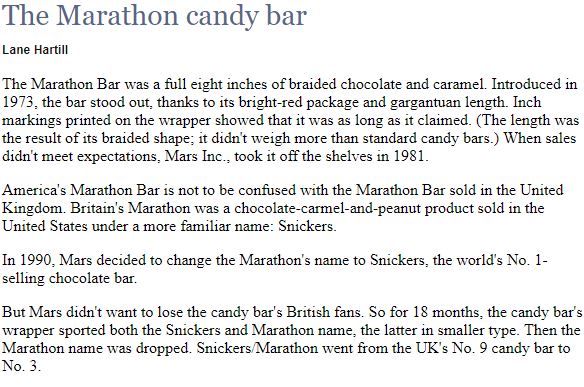 Since we don't know when exactly in 1990 they changed from Snickers to Mars, we'll assume it was the first day in January and eighteen months to the day would have it at July 1st, 1991. That's pretty much in the ballpark, but it's not July 19th.

Moreover, the source article was written on March 18th 1999, yet the episode that claimed it was July 19th was first aired on March 8th, 1998. Evidently, Wikipedia's claim that Marathon changed to Snickers on that precise date is dubious, as the article that it sources as proof makes no mention of that date.

Galway being liberated from the Indians on July 19th, yes, that we can confirm as accurate.

'Sex and the City' star Willie Garson has died

Wally the Walrus has been spotted "alive and well" in Iceland