"Can I copy your homework? - Yeah, just change it up a bit so it doesn't look obvious you copied."

Anyone who works in a creative medium will tell you that generating a unique idea, particularly in design of a similar theme, can be difficult.

You're dealing with the same essential elements of inspiration, and very often, it can happen that it can be influenced by what's already there. That said, you're assuming good faith in that the people who designed and selected the work weren't trying to copy anyone's work.

Seeing as how US President Donald Trump is a habitual liar with absolutely no qualms about stealing anything or copying things, it shouldn't come as any surprise that the emblem for his newly-minted Space Force is a rip-off of Starfleet Command from 'Star Trek'.

And here's the logo used throughout the 'Star Trek' franchise for Starfleet Command, the Federation's peacekeeping armada with the USS Enterprise as its flagship. 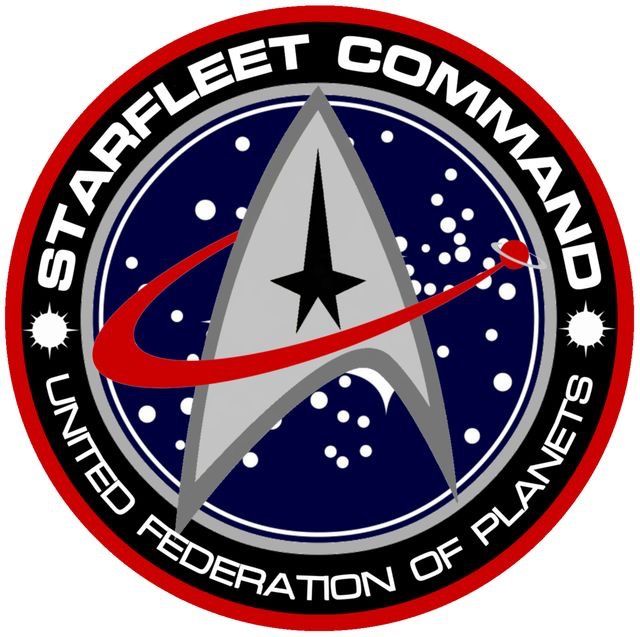 From the very beginning of Trump's plans for Space Force, it's been the subject of some very warranted criticism and comedy. For example, someone put the music from 'Halo' over Mike Pence's speech announcing it. Somebody else then pointed out that the US Space Force uniform didn't need camoflauge in space. There's an animated TV series on the way about it.

This, however, is particularly damning. For one, Trump and his administration stands for none of the principles and ethics that 'Star Trek' talked about and espoused. Secondly, 'Star Trek' is kind of popular, so how did anyone think this was going to fly? Third, there was actually a pressure group set up of former 'Star Trek' actors called 'Trek Against Trump' to encourage activism against Donald Trump.

Here's some of the reaction on Twitter to the logo, including one tweet from - you guessed it - George Takei, AKA Sulu from the original series.

There is nothing sacred any more. pic.twitter.com/ubyy4OIZrp

Trump just announced the new logo for the Space Force. The other is Star Trek Starfleet Command. pic.twitter.com/S7NeYdjR4C

Yes. You just know this has to be a really really bad idea . #SpaceForce https://t.co/ZL2wCfKkJc

In short, this is just another dumb idea in a long, long, very long list of dumb ideas from Trump. Maybe he just need a distraction from being the third US President in history to be impeached?

Everyone is obsessed with Emma Chamberlain's home