You can cross Cannock Chase in Staffordshire off your list of places to visit, unless you want to see a freaky child-ghost that will haunt your nightmares forever.

We didn't have plans to head to Staffordshire in the near-future, but  now we know that just in case we should definitely avoid it, even if we're invited over for a short visit by our legion of fans and friends around the world.

Why? Well because it's haunted by the most terrifying ghost of all, a child ghost. According to The Birmingham Mail, this is not the first appearance of the ghost either, as it was reported in the 1980s, and the two accounts are strikingly similar.

That's what paranormal investigator Lee Brickley is stating anyway and he has apparently launched a full investigation in to the recent re-appearance of the ghoul. On his website, he details that he received a mail recently outlining an encounter with the ghost on Cannock Chase where a couple came across a young girl while out walking with their dog, and stopped dead in their tracks when they saw that her eyes were completely black.

Back in July, he also received a similar account from "Mrs. Kelly", as the sender wished to be known, who described the incident like this:

"Around two months ago my daughter and I were walking through Birches Valley (an area well known for it's spectral sightings) when we heard the screams of a young child. I couldn't tell if it was a boy or a girl, but they definitely seemed in distress and sounded very close to us, so we instantly started running towards the noise. We couldn't find the child anywhere and so stopped to catch our breath, that's when I turned round and saw a girl stood behind me, no more than 10 years old, with her hands over her eyes...she then put her arms down by her side which is when I saw [her eyes] were completely black, no iris, no white, nothing."

Brickley notes that his own aunt had an incredibly similar encounter nearly 30 years ago, and he told The Mirror that it was almost identical: she heard the screams, ran frantically looking for where they came from and eventually saw a girl, around six-years-old, who then turned around to show her coal-black eyes, before running off into the woods. "There was a police search but to no avail. At the time, no-one had any reason to believe anything paranormal was going on. The girl certainly appeared to be of flesh and blood", Brickley stated.

These are not the only sightings of these black-eyed children, as they also have been reported in the US, but it seems that Cannock Chase is the only place they're spotted during the day. All this comes just in time for Halloween, too, spooky.

Of course, we don't believe in any of that stuff, but we're locking ourselves in the office for the next ten years, just to be safe. 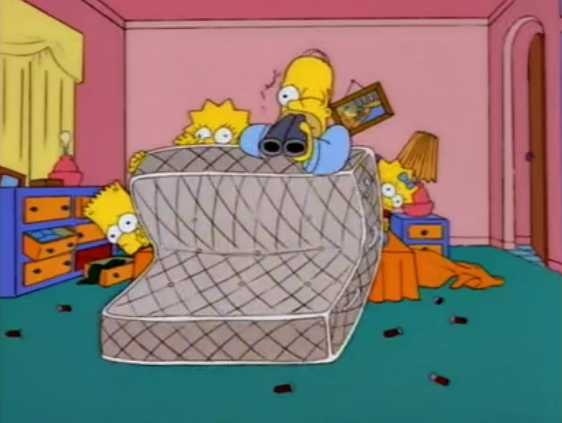 Via The Irish Mirror. Main pic via Ghost Diaries