Pic: Someone's found a Sons of Anarchy reference in Fallout 4

As people are working their way through Fallout 4, one thing is clear - the game is huge, REALLY huge.

So much so, in fact, that it's likely littered with hundreds of little nods and references to famous TV shows and movies. The Fallout series is noted for its little winks at players, like that grim Star Wars reference in Fallout 3 and, of course, all the Mad Max references throughout Fallout 3 and Fallout: New Vegas.

However, Fallout 4 has only just been released a few days and, already, people are picking up nods. The biggest one found so far has been a reference to office favourite Sons of Anarchy.

Anyone remember Opie, played by the actor Ryan Hurst? As it turns out, he's a minor character in Fallout 4. Sort of.

A side-quest finds you checking out a terminal and looking for an inmate called Opie Hurst - which is an amalgamation of Opie Winston and Ryan Hurst, obviously. The file on him lists his beard, his tattoos, a leather jacket and a set of motorcycle keys as his personal effects too. 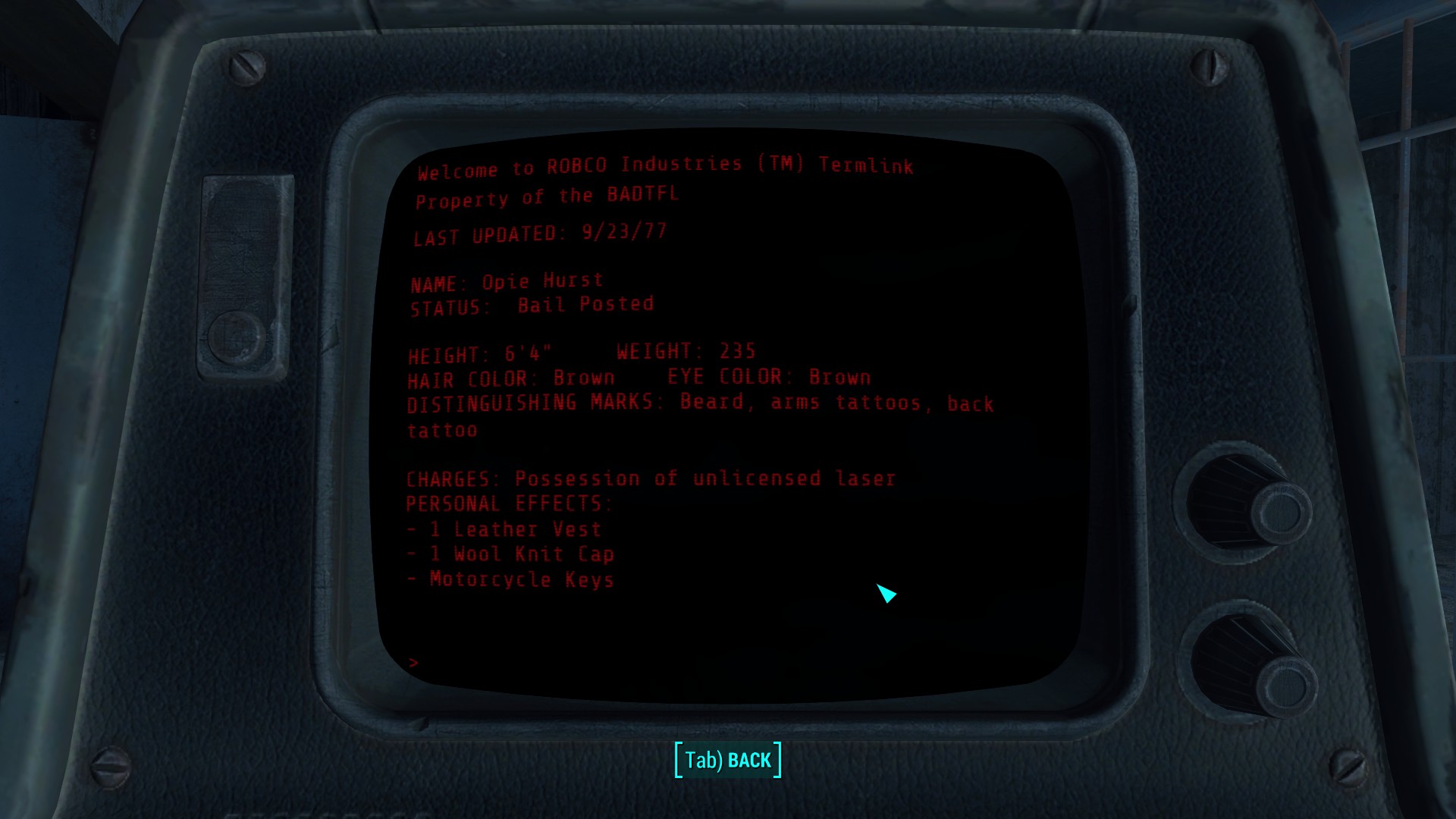 Pretty cool, eh? Now if only we could actually get some time to actually play Fallout 4 and find this little easter egg, we'd be laughing.

Between Fallout 4 and Battlefront, we're basically going to be in hibernation for the next three months.