Just when you think the guy couldn't be more fabulous.

If you're not familiar with the name Ezra Miller, you'd want to get on it fast.

The actor is known for 'The Perks of Being a Wallflower' and 'We Need To Talk About Kevin.'

More recently though, he has been making his mark in blockbusters like 'Justice League' and the 'Fantastic Beasts' series.

On the trail for the latter's latest instalment, 'The Crimes of Grindelwald', he has been ruling the red carpet. First he turned up in this get-up at the premiere of the film in Paris.

Stop everything you're doing and look at this photo of Ezra Miller on the red carpet for #FantasticBeasts: The Crimes of Grindelwald pic.twitter.com/3T8mdECzg4

Following that, he turned heads again with his ensemble at the London premiere. 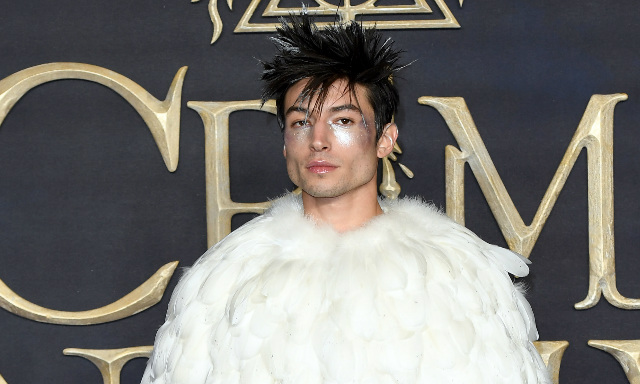 Ezra Miller at the premiere of @BeastsMovies in London tonight taking the red carpet to a new level #EzraMiller #FantasticBeasts premiere pic.twitter.com/bYOUNIk0ll

Now a Playboy photoshoot and interview with the actor is inspiring Tweeters everywhere.

2020 is officially the year of the meme, and we won't hear otherwise

Cameron Diaz opens up about finding "peace" after quitting acting