A few weeks back, we brought you the official NASA portrait of astronaut Leland Melvin, who we said had taken the best one ever and that there would be no contest.

We may have been hasty in making that judgement, as it seems that a group of astronauts who are headed to space on a mission entitled Expedition 45 (catchy, eh?) have decided to up the stakes once again with this rather excellent Star Wars-themed effort before their voyage to an extremely nearby galaxy (this one). They're headed to the International Space Station, just to clarify that; things were getting too complicated with the bad movie jokes. 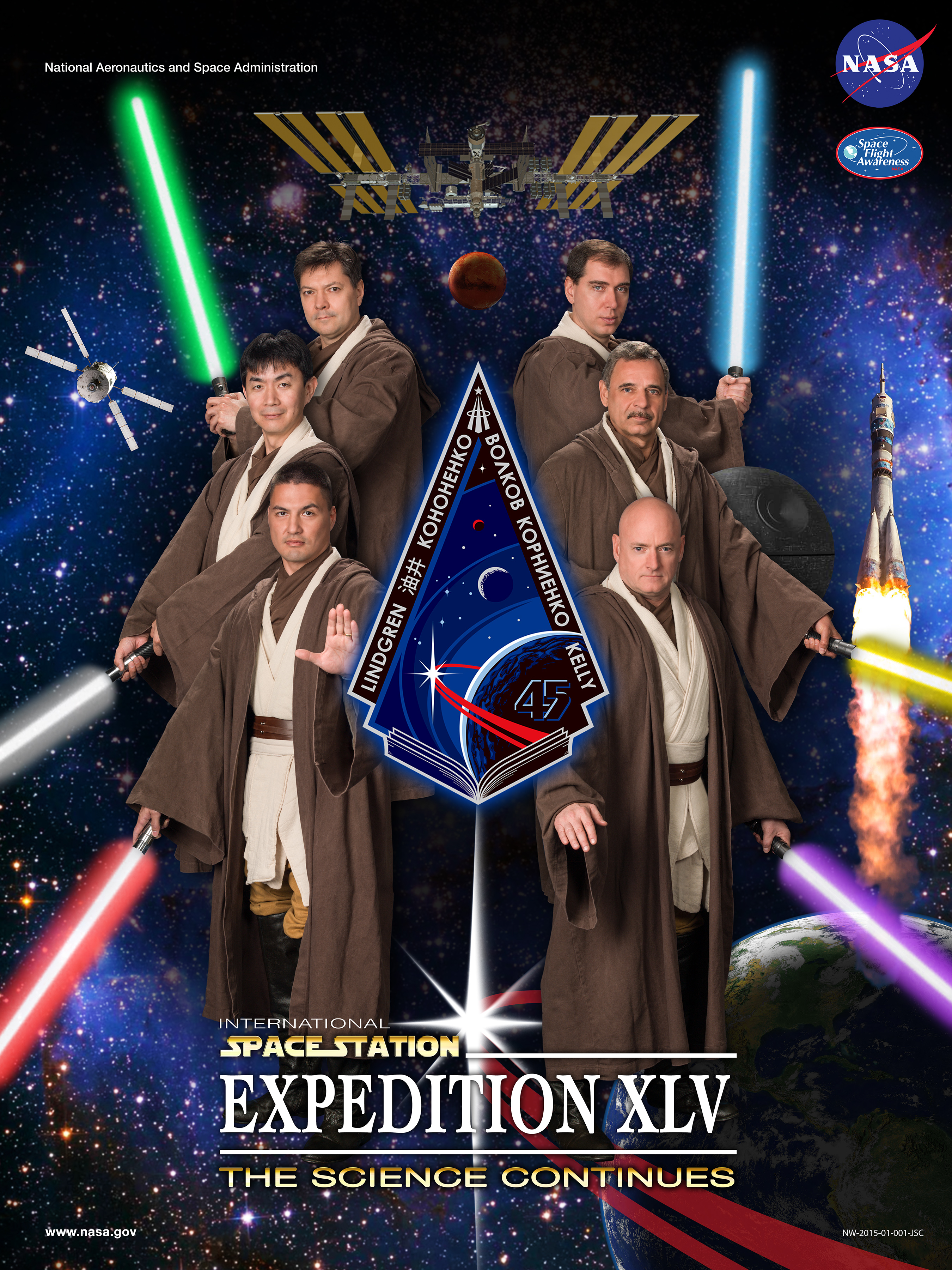 The level of detail and effort gone in to this (not to mention the costume budget) is pretty astounding, given that it's just a joke, but we guess astronauts are keen to prove that they've got a sense of humour, perhaps in the hopes that we won't put them inside a tiny rocket and blast them off our planet into space.

Your first look at the Avengers Campus in Disneyland has arrived