Maura Higgins and Curtis Pritchard have split up

'Love Island' bombshells from 2019, Maura Higgins and Curtis Pritchard, are no longer a couple.

Maura Higgins and Curtis Pritchard first met on 'Love Island' during the regular summer version, and ended the series by finishing up in fourth place. The couple seemed to be going strong even though they both had hectic schedules to keep on top of following the reality show.

Maura Higgins confirmed she would be competing in the next series of 'Dancing on Ice', as well as having her own one-off TV show 'Maura Higgins: You're Joking Me!' this past February. Curtis has been busy with the latest series of 'The Greatest Dancer' with Cheryl Tweedy.

However, it seems their relationship has come to an end, as Maura took to her Instagram account to confirm the break-up.

She wrote on her Instagram Story: "Curtis and I have made the decision to separate. We enjoyed a great experience from our time in the villa and want to thank everyone for supporting our relationship. There is no easy way to get through a breakup and no bad feeling on either side. We tried to make it work but it wasn't to be and I wish Curtis nothing but the best for the future."

She finished her post with a broken heart emoji. 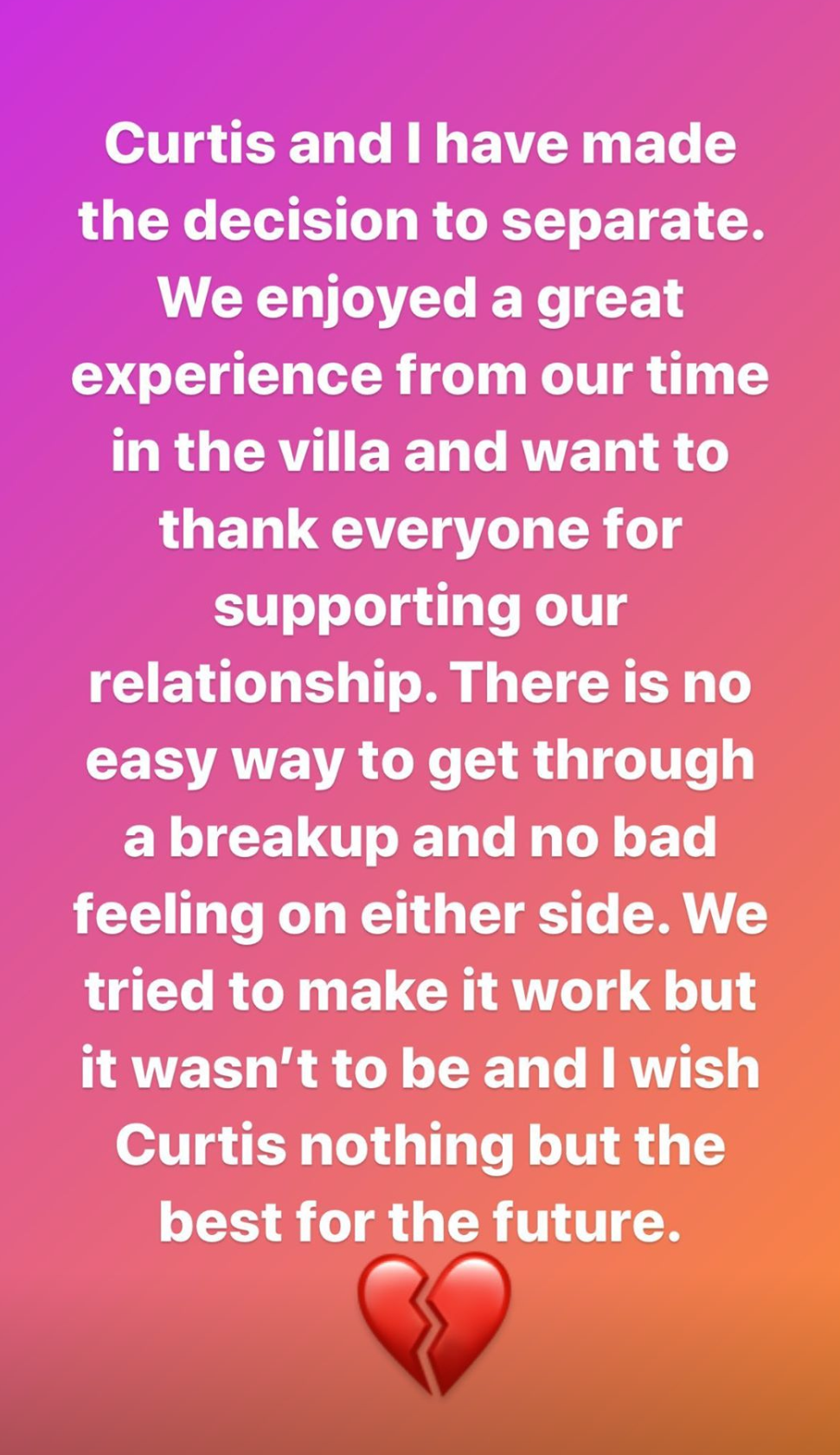 Maura Higgins was eliminated from 'Dancing on Ice' during the show's sixth elimination. The final of the skating competition will be happening this Sunday night, with Joe Swash, Libby Clegg, and Perri Kiely all competing for the crown.

McDonald's to reopen all Drive-Thrus nationwide next week