Man receives 44 letters from broadband provider for one illegal download

Ireland's seen some recent changes in law which will mean that, eventually, real legal ramifications will occur from online piracy.

Sure, it's relatively easy to evade and conceal yourself online, if you know how. However, if you don't, you're leaving yourself wide open.

Several hundred people have already received letters from broadband providers warning them that their activity is being monitored and are being given a chance to sort it out before it goes too far.

However, one downloader in the US got something altogether more annoying. He received a total of FORTY-FOUR letters from broadband provider Comcast.

You're thinking that's a lot, right? He must have had a huge amount of downloads. Nope.

The letters were pertaining to a single download of Spongebob Squarepants' eighth season. We checked as well, there's only 26 episodes in that.

The person who received the e-mails, however, wasn't worried and basically binned the letters. Not before he got a quick snap of some of the letters. 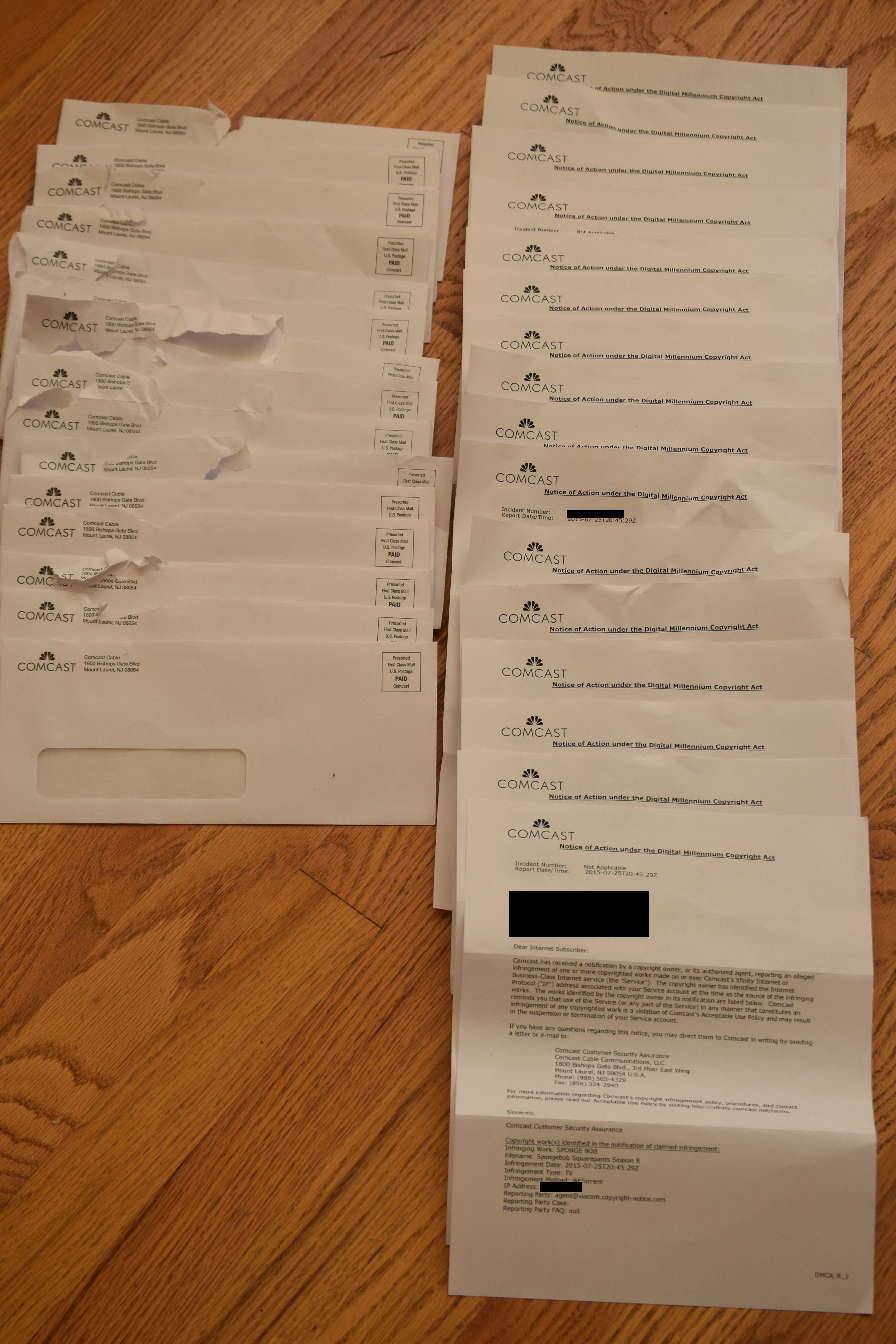 As the downloader noted, it's only a small selection of the letters he received. Clearly that's how we're fighting piracy now - by blinding you with paperwork and letters.

Leo Varadkar quoted 'Lord of the Rings' while addressing the nation