We all know by this stage that Arnold Schwarzenegger is a big UFC fan, but you might not have known that Rob McElhenny (aka Mac from It's Always Sunny in Philadelphia) is too.

If you need proof of that, then here's a quick snap of him at UFC 187, which took place over the weekend. McElhenny was sitting behind none other than Arnie himself, and as the camera cut to the former California governor and king of blockbuster action, Rob decided to jump in with a quick photobomb, which was captured by redditor frizzle_fraz for posterity. 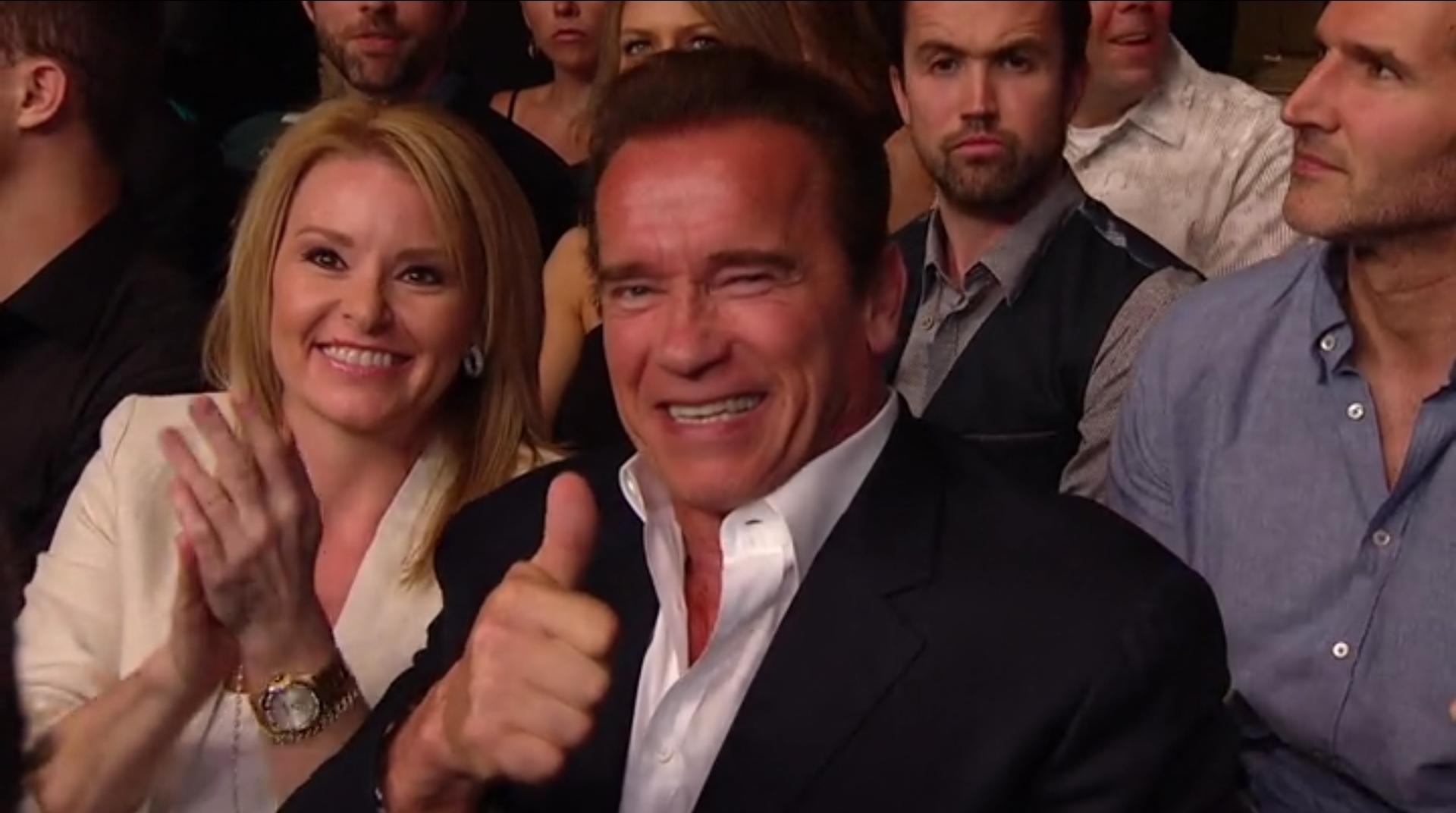 It's cool, Mac was just giving the Terminator an ooccular patdown to assess his threat level, and possibly the cameraman too.

Donald Trump is planning to ban TikTok in the US