Here's what happens when you INJECT Viagra into a penis

Viagra's helped many men overcome (heh) erectile dysfunction and it's now one of the most popular drugs today.

However, in recent years, many other drugs and remedies have sprung up (heh heh) that have heightened the experience and become more and more potent for men. One such drug is TriMix, which is taken by INJECTING the liquid directly into the base of the penis.

TriMix reportedly gives the user an erection that can last for several hours, however there are side effects. Horrible, gross side effects.

A story was posted to the TIFU subreddit - TIFU stands for Today, I Fucked Up - that detailed one man's incredible journey with TriMix. A little context, first.

The man, whose username is SoreCock, had begun swinging with his wife. The man, who claims he's aged 31, was having trouble maintaining an erection and his stamina was beginning to falter because, well, who knows why.

The man had used various pills and remedies that didn't have much effect until he tried TriMix. Needless to say, it worked. It really worked.

The man promptly had sex with his wife, however he soon found that he couldn't get rid of the erection. In fact, as he claims, it was getting BIGGER.

"Three hours in, it was starting to really hurt...and I was starting to panic. Knowing that the medication came with a warning that prolonged erections lasting longer than 4 hours require emergency medical attention, I rushed to the ER. Telling the elderly hispanic woman in triage what happened wasn't fun. I was writhing in pain at this point, and my cock was so sensitive and painful, I could not walk and required a wheelchair because the sensation of it rubbing against my shorts as I walked was incredibly painful."

Pretty soon, it became clear that his penis was going to explode, such was the amount of blood rushing to it. After using a butterfly needle, the doctors had to physically SQUEEZE the blood out of the man's penis. 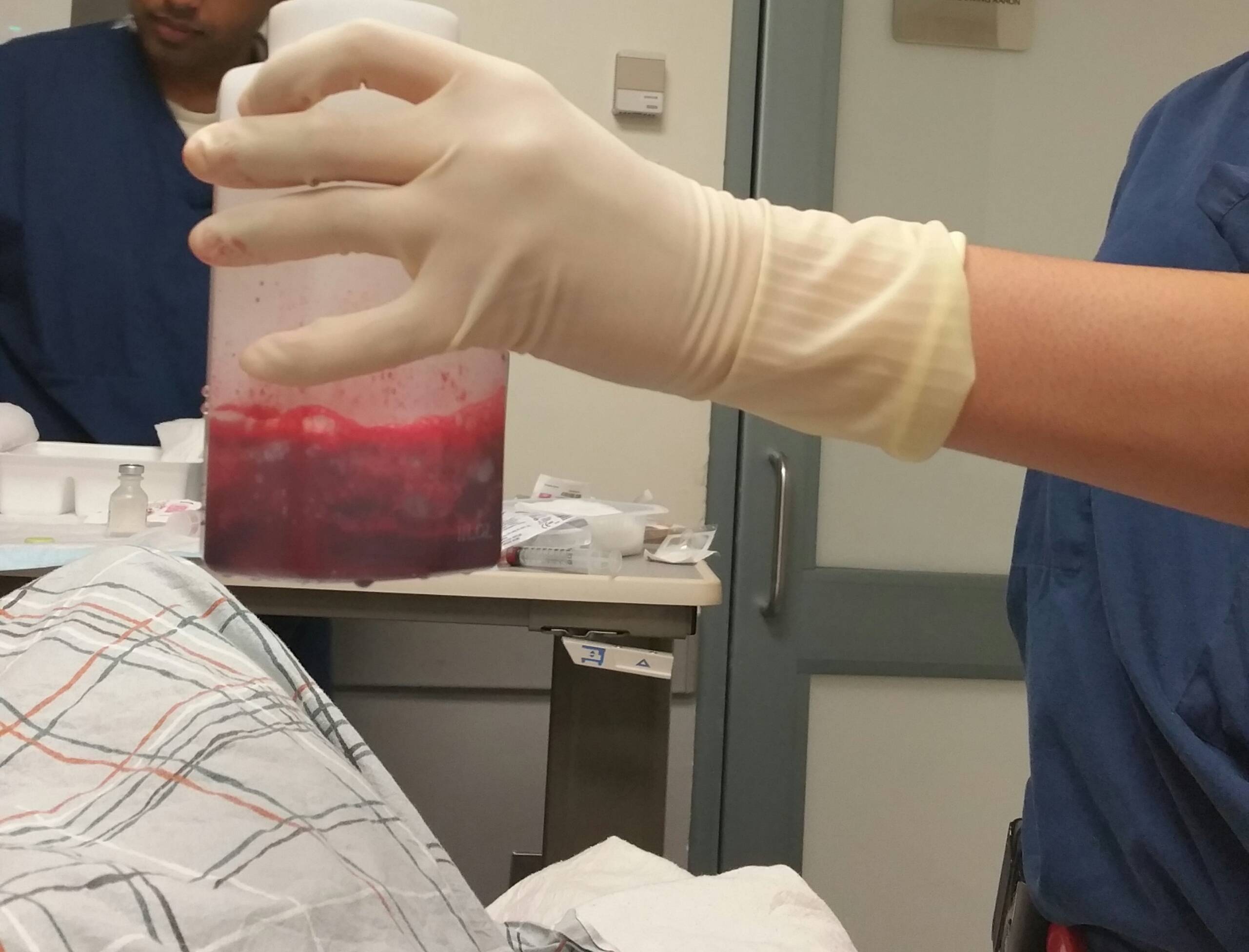 The man has said that he's lucky to believe as doctors said that his penis was basically going to explode. However, it would seem he hasn't learned his lesson as he said he's going to try it again.

This time around, however, he's going to lower the mixture. And yes, here's a picture of his dong. It's... graphic.

Here's how you can get involved in Movember's "Lockdown, Shave Down" today