Coke are making milk now, and their ad campaign is getting flak for being sexist

Coca Cola have brought one more beverage to the market in the form of a new type of milk, but they're getting a bit of criticism for the ad campaign that they've chosen to back it up.

The brand is called Fairlife, and promises to be a "premium milk brand" that has more protein, more calcium and less sugar than regular milk. The premium means that it's going to cost twice as much as regular milk does in the US when it hits shelves this December, but that's not the main thing causing controversy with it.

The marketing campaign chosen to back up the launch of the new milk product features pin up girls wearing nothing but the milk, and has been branded as sexist. The collection of shots used for the ads comes from photographer Jaroslav Wieczorkiewicz, who originally intended them to be used for a 'Milky Pin Ups' calendar (NSFW-ish link). However, they have been altered to form a campaign for the new milk, and are modeled on famous pin up shots of years gone by.

They do have an alternative, less raunchy version which extols the virtues of their beverage, and plays up that it's both environmentally friendly and has health benefits.

The controversy has been picked up by media outlets around the world as social media users began to complain that this was "tediously sexist", and it was added to the list of products being avoided in the #NotBuyingIt campaign for having overly sexualised ads. 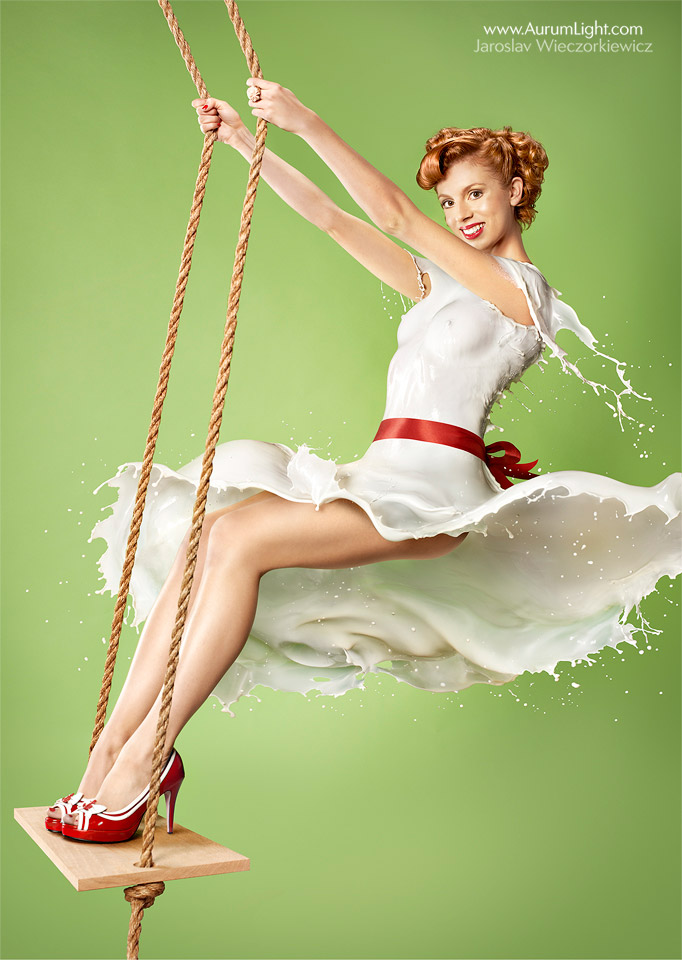 For their part, Coke are claiming that they think their new drink will be a big hit and that it will "rain money" for them.